William Bradley Strickland (born 1947) is an American writer known primarily for fantasy and science fiction. His speculative fiction is published under the name Brad Strickland except for one novel written as Will Bradley. [1] By a wide margin his work most widely held in WorldCat participating libraries is The Sign of the Sinister Sorcerer (Dial Books, 2008), which concluded the Lewis Barnavelt series created by John Bellairs (1938–1991). [2]

Strickland was born in New Holland, Georgia. His first publication in the speculative fiction genre was "Payment Deferred", as by Bradley Strickland in the May 1982 issue of Asimov's Science Fiction . [1] [3] His first novel, To Stand Beneath the Sun, was published in 1985. Since, he has written or co-written sixty-plus novels and more than a hundred short stories. His 1992 published as by Will Bradley, Ark Liberty, "treats the ecocatastrophic ... near-death of Earth with melodramatic panache, pitting its scientist hero against suicidal governments and embedding him – after his physical death – into the eponymous undersea biome as its Computer mentor and spirit, while centuries pass." [3]

From 1992 Strickland completed four Lewis Barnavelt and Johnny Dixon novels that were at least outlined by John Bellairs; he followed with nine more, bringing both series to twelve volumes. [1] Beginning in 1996 he has created his own stories using the already-established characters. He is also credited for writing novels for the Wishbone series.

His 2000 book, When Mack Came Back, won Strickland the 2001 Georgia Author of the Year Award, Children's/Young Adult Division honor. [4] In 2002, Strickland and Thomas E. Fuller began the Pirate Hunter series and, later, the Mars Year One series. Mr. Fuller died before all the books were published.

Strickland is a Professor of English at Gainesville State College in Oakwood, Georgia. He is an active member of the Atlanta Radio Theatre Company, writing, adapting and acting in numerous audio drama projects.

Strickland's books have generally been received favorably. For John Bellairs's Johnny Dixon in the Hand of the Necromancer (1996), Kirkus Reviews wrote "Strickland, in his first solo work featuring the characters created by John Bellairs, leads readers on an entertaining frolic. There are enough well-placed frissons to keep readers flipping those pages, even those who know that, in keeping with series formula, all nefarious plans will be nixed. " [5]

For When Mack Came Back (2000), Kirkus Reviews called it a"heart-tugging period piece" and "Rather than an action adventure, this is a quiet story of a boy who learns to accept himself and of a man who learns to value the steadfast loyalty of a dog." [6]

A review of The Tower At The End Of The World (2001) for Kirkus Reviews read that, "In comparison to the original [books by John Bellairs], this addition to the series [...] falls short." and "For fans of Bellairs hungry for another dose of his spellbinding mystery, this will serve to deaden the thirst, but not quench it." [7]

For Grimoire Tracked By Terror (2007), Kirkus Reviews wrote "Strickland crafts a polished, suspenseful tale, developing a scenario well-stocked with nightmares and traps while building to a battle in which Jarvey becomes a little better at controlling his own magical abilities. A serviceable continuation to a still-promising series." [9]

For Flight of the Outcast (2010), a Kirkus Reviews reviewer wrote that, "Good character development and plenty of momentum make this an enjoyable read, but there is clearly a lot more story ahead—this installment ends not with a cliffhanger but an anticipation of action yet to come." [10] 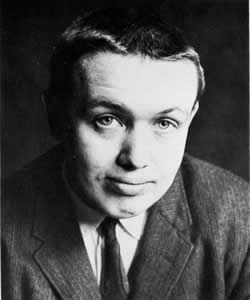 John Anthony Bellairs was an American author, best known for his fantasy novel The Face in the Frost and many gothic mystery novels for young adults featuring the characters Lewis Barnavelt, Rose Rita Pottinger, Anthony Monday, and Johnny Dixon.

Elizabeth Fama is a young adult author, best known for her book Monstrous Beauty, a fantasy novel for teens. Her third book is Plus One, which published in April 2014.

Ellen Potter is an American author of both children's and adults’ books. She grew up in Upper West Side, New York City and studied creative writing at Binghamton University and now lives in Candor in upstate New York. She has been a contributor to Cimarron Review, Epoch, The Hudson Review, and Seventeen. Her novel Olivia Kidney was winner of the Child Magazine Best Book award and was a Best Book of the Year selection for 8-12 year-olds by Parenting magazine. 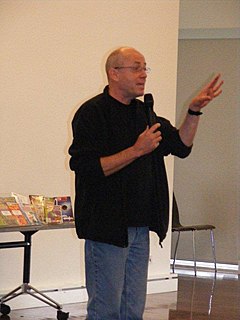 Morris Gleitzman is an English-born Australian author of children's and young adult fiction. He has gained recognition for sparking an interest in AIDS in his controversial novel Two Weeks with the Queen (1990).

The Ear, the Eye, and the Arm is a children's science fiction novel by Nancy Farmer. It was awarded a Newbery Honor. The novel is set in Zimbabwe in the year 2194, with a strong theme of Afrofuturism.

Jeanne DuPrau is an American writer, best known for The Books of Ember, a series of science fiction novels for young people. She lives in Menlo Park, California.

The House with a Clock in Its Walls is a 1973 juvenile mystery fiction novel written by John Bellairs and illustrated by Edward Gorey. It is the first in the series of twelve novels featuring the fictional American boy Lewis Barnavelt.

Clare B. Dunkle is an American children's fantasy author and librarian.

Ellen Wittlinger is an author for young adults, including Gracie's Girl and the Printz Honor book Hard Love. 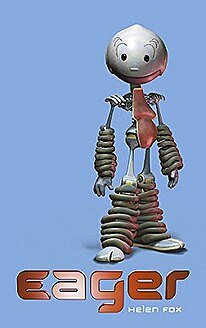 Eager is a children's science-fiction novel written by Helen Fox, and first published in 2003. Eager is the name of a self-aware robot in a futuristic society controlled by a company called LifeCorp. Eager was shortlisted for the West Sussex Children's Book Award 2005–2006.

The Fire-Eaters is a children's novel by David Almond, published in 2003.

Joyce Dunbar is an English writer. She primarily writes books for children, and has published over seventy books. Dunbar is perhaps best known for Tell Me Something Happy Before I Go To Sleep, This Is The Star, and the Mouse and Mole series. She is the mother of the children's writer-illustrator Polly Dunbar.

Wilfrid Swancourt Bronson was an American natural history artist and a "prolific writer and illustrator of children's books on various aspects of animal life".

Janni Lee Simner is an American author of fantasy and adventure novels and short stories. She writes primarily for young adults as teenagers and upper elementary children.

Johnny Dixon is a fictional American boy featured in a series of twelve children's gothic horror novels, 1983 to 1999, written by John Bellairs or his successor Brad Strickland. In each book, 12-year-old Johnny and his group of friends face and overcome evil forces usually bent on ending the world. Alternatively, Johnny Dixon is the book series.

Anthony Monday is a fictional 14-year-old American boy featured in a series of four children's gothic horror novels by John Bellairs that were published from 1978 to 1992. Anthony and his friends generally overcome evil forces bent on ending the world. Alternatively, Anthony Monday is the book series, as in ISFDB. Brad Strickland, who has completed Bellairs' works posthumously and written new novels based on his characters has noted that Anthony Monday was disliked by those in charge of publishing and any book ideas with Anthony as the character were rejected. This is why there has not been an Anthony Monday book since John Bellairs died.

Anthony Hyde is a Canadian author of spy novels, most notably The Red Fox and Formosa Straits.

The Annals of the Heechee is a science fiction novel by the American writer Frederik Pohl, published in 1987 by Ballantine Books. It is about a dead space explorer's machine-stored version who is trying to discover why the Assassins, a mysterious type of pure energy beings, are threatening the stability of the universe. It is part of Pohl's Heechee Saga, which is about the Heechee, a fictional alien race created by Pohl. The Heechee developed advanced technologies, including interstellar space travel, but then disappeared.