Brahe (originally Bragde) is the name of two closely related Scanian noble families who were influential in both Danish and Swedish history.

The first member of the family using the name Brahe is speculated to have been Verner Braghde from Halland. [1] Better documented is Peder Axelsen Brahe, who appears in late 14th century records. He had two sons, Thorkild and Axel Pedersen Brahe.

Johanna Torkildsdotter from the Danish Brahe family, married Magnus Laurentsson in Sweden. Their son took his mother's family name Brahe, but not her family arms.

Per Brahe was in 1561 granted the title of count by Eric XIV of Sweden, and in 1620 the family was introduced in the Swedish House of Knights (Riddarhuset) as the first counts.

Count Per Brahe the Younger was a Swedish soldier, statesman, and author. He was a Privy Councillor from 1630 and Lord High Steward from 1640.

Count Nils Brahe was a Swedish soldier and younger brother of Per Brahe and Margareta Brahe. He served with distinction under King Gustavus Adolphus, who regarded him as the best general in the Swedish army after Lennart Torstenson.

Count Nils Magnus Brahe (1790–1844) was a Swedish statesman and soldier, known as the influential favorite of king Charles XIV John of Sweden. 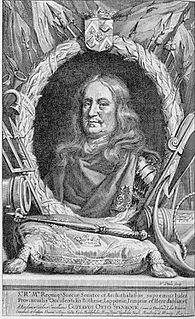 Count Gustaf Otto Stenbock was a Swedish soldier and politician.

The Count's Feud, also called the Count's War, was a war of succession that raged in Denmark in 1534–36 and brought about the Reformation in Denmark. In the international context, it was part of the European wars of religion. The Count's Feud takes its name from the Protestant Count Christopher of Oldenburg, who supported the Catholic King Christian II, deposed in 1523, over the election of Christian III, a staunch Protestant who had already implemented Lutheranism as the state religion in Schleswig and Holstein in 1528. 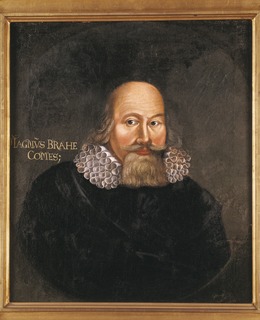 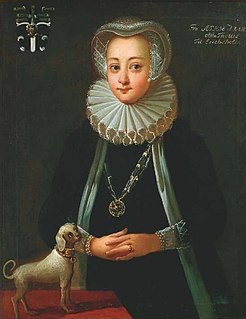 Sophia or Sophie Brahe or after marriage Sophie Thott Lange, was a Danish noble woman and horticulturalist with knowledge of astronomy, chemistry, and medicine. She worked alongside her brother Tycho Brahe in making astronomical observations.

Otte Brahe was a Danish (Scanian) nobleman and statesman, who served on the privy council. He was married to Beate Clausdatter Bille and was the father of astronomers Tycho and Sophia Brahe. 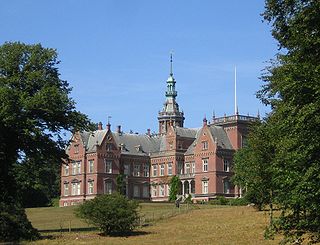 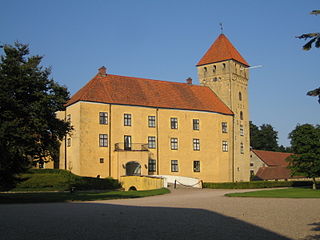 Tosterup Castle is a castle in Tomelilla Municipality, Scania, in southern Sweden. It is situated approximately 12 kilometres (7.5 mi) north-east of Ystad. 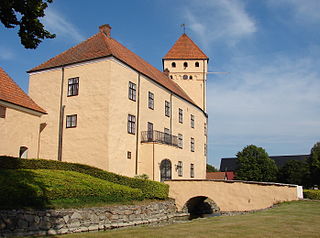 Jørgen Thygesen Brahe was a member of the Danish nobility.

Beate Clausdatter Bille was a Danish noblewoman, a member of the royal court, Chief Lady-in-Waiting to Queen Sophie from 1584 to 1592, the wife of statesman Otte Brahe, and a feudal fiefholder in her own right following the death of her husband. She succeeded her sister-in-law Inger Oxe, who held the office from 1572 to 1584, as Chief Lady-in-Waiting to Queen Sophie. Beate Bille was the mother of astronomers Tycho Brahe and Sophia Brahe.

Gustavus Adolphus, also known in English as Gustav II Adolf or Gustav II Adolph, was the King of Sweden from 1611 to 1632, and is credited for the rise of Sweden as a great European power. Under his sagacious leadership, Sweden emerged as one of the premier military forces on the continent during the Thirty Years' War, helping to determine the political as well as the religious balance of power in Europe. He was formally and posthumously given the name Gustavus Adolphus the Great by the Riksdag of the Estates in 1634. 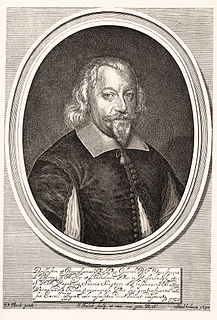 Steen Ottesen Brahe was a Danish privy counsellor and landowner.