Brand X with Russell Brand is an American late-night talk show, stand up comedy television series that premiered on FX on June 28, 2012, starring English comedian Russell Brand and created by Brand and Troy Miller. [2] Its second season concluded on May 2, 2013. [3] On June 6, 2013, FX announced that Brand X would not be renewed for a third season. [4]

For the first half of season 1 (2012), there weren't any guests, just an extended monologue with three loosely connected topics. Brand was accompanied on stage by his political analyst Matt Stoller in season 1. In later episodes, a celebrity guest appeared for two segments, the first of which was an interview and the second of which was Brand and the guest giving an audience member advice about a problem they asked about. In the second half of season 1, Brand added the segment "Totally Unacceptable Opinion", which featured people from hate groups such as the Westboro Baptist Church, and Brand argued with them about their controversial beliefs, then brought out some of the types of people whom they hate (for example, a group of homosexuals) for a debate.

FX renewed the series on November 27 for a 13-episode second season, which began on February 7, 2013 and expanded to an hour-long format broadcast live. The "Totally Unacceptable Opinion" segment was dropped and Stoller was effectively replaced as sideman by Steve Jones, founding member and guitarist of the Sex Pistols. In addition to providing brief guitar accompaniment leading into and out of commercial breaks, Jonesy's punk credentials and congenial on-air manner from years as Los Angeles Indie 103 radio DJ/host proved a far better fit for occasional banter with fellow Brit Brand. [5]

On June 6, 2013, FX announced that Brand X with Russell Brand would not be renewed for a third season. FX has reportedly picked up a scripted pilot starring Brand that will be loosely based on his life, similar to Curb Your Enthusiasm . [4]

The first episode gained largely negative reviews, [6] with Mary McNamara of the Los Angeles Times commenting that, "If nothing else, Brand has overestimated his own ability to riff on the news, or rather the audience's interest in his riff. More experienced "talk show" stars, from Leno to Colbert, approach the half-hour with a bit more humility; they do not try to sustain it with monologue alone." [7]

Tim Goodman of The Hollywood Reporter was more positive, although he found that the half-hour-long time slot was "constraining". [1] According to Goodman, Brand X is "ostensibly an exercise in Brand riffing on the news" and is considered to be an attempt by Brand to bring his stand up comedy roots to a U.S. audience. [1] [8] The Ellen DeGeneres Show is an American daytime television variety comedy talk show hosted by Ellen DeGeneres. Debuted on September 8, 2003, it is produced by Telepictures and airs in syndication. The majority of stations owned by NBC Owned Television Stations, along with Hearst Television, serve as the program's largest affiliate base. For its first five seasons, the show was taped in Studio 11 at NBC Studios in Burbank, California. From season 6 onwards, the show moved to being taped at Stage 1 on the nearby Warner Bros. lot. Since the beginning of the sixth season, The Ellen DeGeneres Show has been broadcast in high definition. 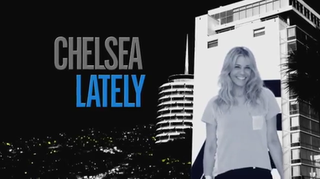 Chelsea Lately was an American late night comedy talk show created by Steven Brody Stevens and hosted by comedian Chelsea Handler which was broadcast on E! The show debuted on July 16, 2007, and was produced by Handler's production company, Borderline Amazing Productions. It was taped at Universal Studios Stage 1 in Universal City, California. In American markets, the show aired at 11:00 p.m. Eastern and 8:00 p.m. Pacific time but was recorded at 3:30 p.m. PT, usually the same day.

Top Gear is an American motoring television series, based on the BBC series of the same name. The show's presenters were professional racing driver Tanner Foust, actor and comedian Adam Ferrara, and automotive and racing analyst Rutledge Wood. As with the original British version, the show had its own version of The Stig, an anonymous racing driver, and a celebrity guest was featured each week for the first two seasons. The show premiered on November 21, 2010, on History. 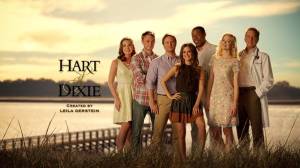 Hart of Dixie is an American comedy-drama television series that aired on The CW from September 26, 2011, to March 27, 2015. The series, created by Leila Gerstein, stars Rachel Bilson as Dr. Zoe Hart, a New Yorker who, after her dreams of becoming a heart surgeon fall apart, accepts an offer to work as a general practitioner in the fictional Gulf Coast town of Bluebell, Alabama.

The Green Room with Paul Provenza was a talk show on Showtime, hosted by Paul Provenza. Each episode featured a panel of guests discussing comedy. 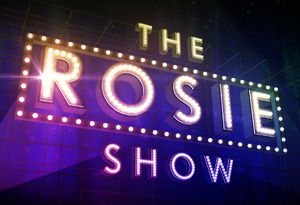 The Rosie Show was an American evening television talk show starring and produced by Rosie O'Donnell, airing on OWN: Oprah Winfrey Network. The first episode premiered on October 10, 2011, on the stage that was formerly home to The Oprah Winfrey Show at Harpo Studios in Chicago. It was announced on March 6, 2012 that the show would be moving to New York in the near future. On March 16, 2012, OWN announced that The Rosie Show would be canceled after only one season and ninety-four episodes due to low ratings, with the final episode airing on Thursday March 29, 2012.

Mistresses is an American mystery drama soap opera television series based on the 2008–10 U.K. series of the same name, about the lives of four female friends and their involvement in an array of illicit and complex relationships. This adaptation was developed by K. J. Steinberg, and stars Alyssa Milano, Rochelle Aytes, Yunjin Kim, Jes Macallan, and Jennifer Esposito in the lead roles. The series was originally set to premiere on May 27, 2013. However, ABC announced that Mistresses would premiere on June 3, 2013.

Totally Biased with W. Kamau Bell is an American stand up comedy television series that premiered on FX on August 9, 2012, starring comedian W. Kamau Bell. On stage, Bell did mostly observational comedy on recent news stories and current events. After an opening PowerPoint monologue, the program usually cut to a segment filmed outside of the studio. Additionally, since all of the show's writers were stand-up comedians, many often appeared as correspondents who performed monologues. As the last segment of the program, Bell interviewed a celebrity guest. In order to ensure the show's topicality, most of the show was taped on the day that it was broadcast. In the first episode, Bell interviewed Chris Rock, who was also an executive producer of the show. 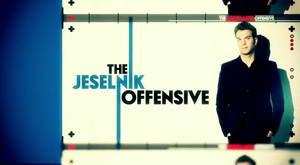 The Jeselnik Offensive is an American late-night television series that aired on Comedy Central. It was hosted by stand-up comedian Anthony Jeselnik, who extended his onstage character into weekly, topical humor with a sociopathic, dark twist. The show primarily consisted of a monologue and two panelists who joined Jeselnik in adding a humorous take on shocking, lurid news stories. The series premiered February 19, 2013, on Comedy Central and was renewed for a second season on April 26, 2013, and aired July 9, 2013. On November 11, 2013, Comedy Central cancelled The Jeselnik Offensive after two seasons, due to low ratings.

The Bridge is an American crime drama television series, developed by Meredith Stiehm and Elwood Reid, that was broadcast on the FX network, and based on the Danish-Swedish series Bron/Broen. The series stars Diane Kruger and Demián Bichir in leading roles, and co-stars Ted Levine, Annabeth Gish, Thomas M. Wright, Matthew Lillard and Emily Rios in supporting roles. The complete series consists of two seasons of 13 episodes each. The series debuted on FX in the United States on July 10, 2013, and the series finale aired on October 1, 2014. The show was developed both in English and Spanish languages.

The Strain is an American horror drama television series that aired on FX from July 13, 2014, to September 17, 2017. It was created by Guillermo del Toro and Chuck Hogan, based on their novel trilogy of the same name. Carlton Cuse serves as executive producer and showrunner. Del Toro and Hogan wrote the pilot episode, "Night Zero", which del Toro directed. A thirteen-episode first season was ordered on November 19, 2013. The pilot episode premiered at the ATX Television Festival in Austin, Texas, in early June 2014.

Late Night with Seth Meyers is an American late-night and news satire talk show hosted by Seth Meyers on NBC. The show premiered on February 24, 2014, and is produced by Broadway Video and Universal Television. Airing weeknights at 12:37 a.m. ET/PT, it is the fourth iteration of NBC's Late Night franchise.

The Pete Holmes Show is an American late-night talk show starring comedian Pete Holmes. It aired Monday through Thursday at midnight on TBS, from October 28, 2013 until June 18, 2014. The show was atypical among late-night talk shows for having personal as opposed to topical monologues, more sketch comedy, and taking place within a half-hour format.

The Late Late Show with James Corden is an American late-night talk show on CBS. It is the fourth and current iteration of The Late Late Show. Airing in the U.S. from Monday to Friday nights at 12:37:28am ET/PT, it is taped in front of a studio audience Monday through Thursday afternoons – during weeks in which first-run episodes are scheduled to air – at Television City in Los Angeles, California, in Studio 56, directly above the Bob Barker Studio. It is produced by Fulwell 73 and CBS Studios.