Bruce Mohr Powell Surtees (July 23, 1937 – February 23, 2012) was an American cinematographer, [1] the son of Maydell and cinematographer Robert L. Surtees. [2] He is best known for his extensive work on Clint Eastwood's films, mostly westerns of the 1970s and early 1980s. His cinematography was compared to that of the Dollars trilogy of Sergio Leone.

He began as a camera operator working on director Don Siegel's films with Eastwood during the late 1960s, his credits including Coogan's Bluff and Two Mules for Sister Sara . He became a main cinematographer in 1971 with The Beguiled, Play Misty for Me, and Dirty Harry in which he worked as director of photography.

Surtees was nominated for an Academy Award for his cinematography on Lenny (1974). He died in 2012 of complications from diabetes. [3] [4] 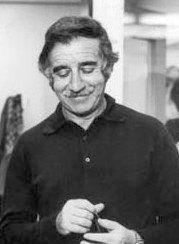 The Outlaw Josey Wales is a 1976 American revisionist Western DeLuxe Color and Panavision film set during and after the American Civil War. It was directed by and starred Clint Eastwood, with Chief Dan George, Sondra Locke, Sam Bottoms, and Geraldine Keams. The film tells the story of Josey Wales, a Missouri farmer whose family is murdered by Union militants during the Civil War. Driven to revenge, Wales joins a Confederate guerrilla band and fights in the Civil War. After the war, all the fighters in Wales' group except for Wales surrender to Union officers, but they end up being massacred. Wales becomes an outlaw and is pursued by bounty hunters and Union soldiers.

Play Misty for Me is a 1971 American psychological thriller film directed by and starring Clint Eastwood, in his directorial debut. Jessica Walter and Donna Mills co-star. The original music score was composed by Dee Barton. In the film, Eastwood plays the role of a radio disc jockey being stalked by an obsessed female fan.

Malpaso Productions is Clint Eastwood's production company. It was established in 1967 by Eastwood's financial adviser Irving Leonard for the film Hang 'Em High, using profits from the Dollars Trilogy. Leonard served as President of the Malpaso Company until his death on December 13, 1969.

Pierre Lhomme was a French cinematographer and filmmaker. 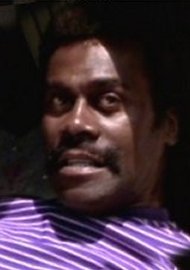 Albert Popwell was an American stage, television and film actor with a career spanning six decades.

Richard Henry "Dick" Bush was a prolific British cinematographer whose career spanned over thirty years. Among his films are Ken Russel's Savage Messiah (1972), Mahler (1974) and Tommy (1975), John Schlesinger's Yanks (1979), and a number of films directed by Blake Edwards.

Frank Walter Stanley was an American cinematographer. He is best known for four Clint Eastwood films in a row: Breezy (1973), Magnum Force (1973), Thunderbolt and Lightfoot (1974) and The Eiger Sanction (1975). During the filming of The Eiger Sanction, shot in Switzerland, which required a great deal of precarious mountain-climbing cinematography, Stanley fell during the shoot but survived. He used a wheelchair for some time and was taken out of action. Stanley, who later managed to complete filming after a delay under pressure from an unsympathetic Clint Eastwood, would later blame Eastwood for the accident due to a lack of preparation, describing him both as a director and an actor as "a very impatient man who doesn't really plan his pictures or do any homework. He figures he can go right in and sail through these things". Stanley was never hired by Eastwood or Malpaso Productions again. Bruce Surtees was Eastwood's regular cinematographer before and after this period, on a total of twelve films.

Michel Hugo was a French-born American cinematographer and academic. His film and television credits included Dynasty, Melrose Place and Mission: Impossible. In 2001, Hugo became a professor at the film department of the University of Nevada, Las Vegas.

Robert Daley is an American film producer and former assistant director. He was Clint Eastwood's producing partner from 1971 to 1980. Daley is sometimes confused with the same-named novelist who wrote Prince of the City and Year of the Dragon, among others.

Ennio Guarnieri was an Italian cinematographer. 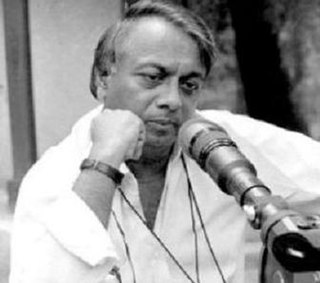 Ashok Kumar Aggarwal was an Indian cinematographer who worked mainly in the South Indian film industry. In a career that spanned nearly four decades, he worked in over 125 feature films in Malayalam, Tamil, Telugu and Hindi languages. Aggarwal was a member of the Indian Society of Cinematographers (ISC).