Waleed Shabazz (born August 3, 1975), better known by his stage name C-Rayz Walz, is an American rapper from the Bronx, New York. [1] He has been a member of the collective Stronghold. [2]

Waleed Shabazz was born and raised in the Bronx, New York. [3] His father was a drug kingpin. [4] When he was 2 years old, his father was murdered. [5]

He grew up listening to DJ Kool Herc, who is credited with originating hip hop music. [5] In this environment, he developed a love of music and began freestyling with his friends for fun. [5] In school, he had rap battles in the lunch room with his childhood friend Prodigy. [5] 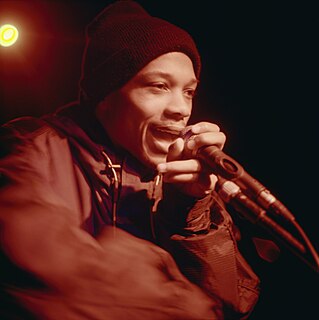 Babygrande Records is an independent record label based in New York City founded by Chuck Wilson. Babygrande is distributed by The Orchard and represented by the Creative Artists Agency in Hollywood.

Tsidi Ibrahim, known professionally as Jean Grae, is an American rapper, record producer, actress, and comedian from Brooklyn, New York City. She rose to prominence in the underground hip hop scene in New York City and has since built an international fanbase. She is known as an important figure in hip hop and popular culture. Grae, unlike many rappers and emcees, seeks to "rupture the normative narratives of black sexuality" and resist the bondage of heteronormativity. Thus she adopts the language of men to "assert her mastery over lyricism and her desire for both men and women". Her unique music style, gritty rhymes, and lyrical mastery have earned her recognition as a favorite emcee by many rap artists such as Talib Kweli, Jay-Z, and Black Thought of the Roots.

Theodore Arrington III, better known by his stage name Vast Aire, is an American rapper from New York City. He is one half of the New York hip hop duo Cannibal Ox, which consists of him and fellow rapper Vordul Mega. He is also a member of the rap group Atoms Family. He was born in Mount Vernon, New York, then lived in Jamaica, Queens before moving to Harlem, and became acquainted with the underground rap scene, performing in many clubs while still a teenager. He was once a part of the underground hip hop group The Weathermen.

Jared Bridgeman, better known by his stage name Akrobatik, is an American rapper from the Dorchester neighborhood of Boston, Massachusetts. He is also a part of the hip hop collective named The Perceptionists with Mr. Lif and DJ Fakts One, which released Black Dialogue in 2005.

Shamar Gardner, better known by his stage name Vordul Mega, is an American rapper from New York. He is one half of underground hip hop duo Cannibal Ox and a member of the hip hop group Atoms Family. 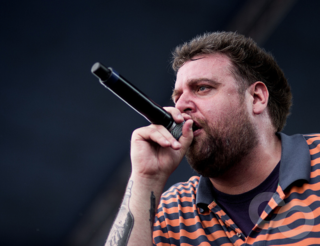 Robert Smith, better known by his stage name Rob Sonic, is an American rapper and record producer from the Bronx, New York. He has been a member of the groups Sonic Sum and Hail Mary Mallon. He is a founder of the record label Skypimps Music.

Ravipops is a studio album by American rapper C-Rayz Walz. It was released on Definitive Jux in 2003.

We Live: The Black Samurai is an EP by American rapper C-Rayz Walz. It was released on Definitive Jux in 2004.

Sub Verse Music was a record label specializing in hip hop. It existed from 1998 to 2003 and released recordings by MF Doom, Blackalicious and KMD, among others. 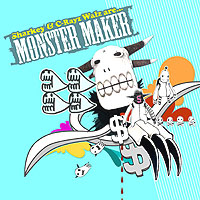 Monster Maker is a collaborative studio album by Sharkey & C-Rayz Walz. It was released on Babygrande Records in 2007. 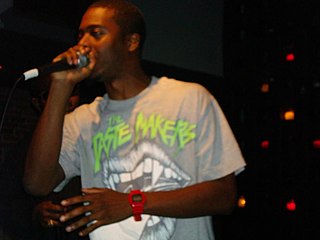 James McCall, better known by his stage names Nocando and All City Jimmy, is an American rapper from Los Angeles, California. He is the 2007 Scribble Jam champion and founder of Hellfyre Club. He is a member of hip hop groups such as Customer Service, Bomb Zombies, and Flash Bang Grenada. 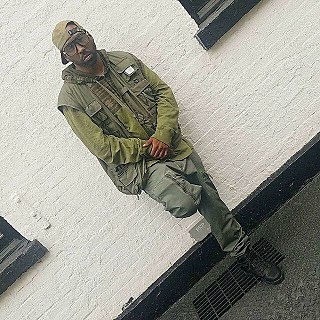 Sav Killz aka Jamel Hampton is a Brooklyn, New York-based emcee, rapper and lyricist. He is part of the hip hop underground in New York City.