Founded in 1978 by Julian Schlossberg, Castle Hill Productions revived and restored over 200 classic motion pictures, many of which were originally United Artists releases and inherited from the family and/or estates of the films' original producers under the Caidin Film Company.

As the company grew, Castle Hill acquired the rights to many films by John Cassavetes, such as Faces and A Woman Under the Influence . Both Schlossberg and Gena Rowlands (Cassavetes' widow), through their company, Faces Distribution, have worked hard to revive the films for today's audiences in order for them to better appreciate the late director's work.

Castle Hill also bought the rights to many of the films of Elia Kazan and Orson Welles. In addition to their classic films, the company also distributed contemporary films (usually up to ten a year), and has been involved in in-house production, creating documentaries on filmmakers and news events.

In 2009, Castle Hill closed. Most of their holdings sold to another independent company, Westchester Films, managed by Schlossberg.

Most distribution rights to the Castle Hill library are handled by either Warner Bros., Universal Pictures (on behalf of DreamWorks Classics), [1] Criterion (via Janus Films), or Image Entertainment.

In 2014, the Westchester/Castle Hill holdings were purchased by entertainment distribution company Shout! Factory. [2]

Metro-Goldwyn-Mayer Studios Inc. is an American media company, involved primarily in the production and distribution of feature films and television programs. One of the world's oldest film studios, MGM's corporate headquarters are located in Beverly Hills, California. 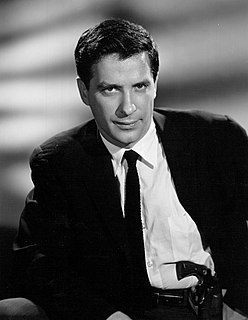 Castle Rock Entertainment is an American film and television production company founded in 1987 by Martin Shafer, director Rob Reiner, Andrew Scheinman, Glenn Padnick and Alan Horn. It is a label of the Warner Bros. Pictures Group division of Warner Bros. Entertainment, itself a division of AT&T's WarnerMedia. 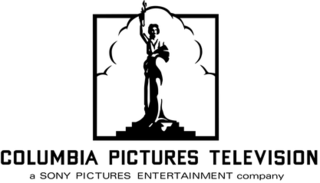 Julian Schlossberg is an American motion pictures, theatre and television producer. He has been a college lecturer and television host regarding films, as well.

Park Circus is a film distributor based in the United Kingdom, and operating internationally. The company specialises in the distribution of classic and back catalogue / repertory films for theatrical exhibition. They represent over 25,000 films from Hollywood and British studios and a large number of independent rights owners.

Nelson Entertainment was a Los Angeles-based film production and home video distribution company, a subsidiary of Nelson Holdings International Ltd., a Vancouver, Canada, holding company formed in 1985 by British film producer Barry Spikings and Richard Northcott, a British financier who amassed his fortune from a chain of hardware and furniture stores. The company acquired Galactic Films as well as Spikings Corporation in 1985, then later acquired distribution rights to a majority of Embassy titles after purchasing its home video division. Sometime in August 1987, Embassy Home Entertainment was renamed Nelson Entertainment, but retained the earlier brand as well as Charter Entertainment for sell-through products. Nelson then financed a deal with Castle Rock Entertainment to co-produce their films, and in addition handle the international distribution rights. In September 1988, Orion Home Video became Nelson's sales agent; in addition, Orion Pictures would later theatrically distribute a few of Nelson's titles. By February 1989, Orion was the official home video distributor of Nelson product.