A Night in Casablanca

A Night in Casablanca is a 1946 film starring the Marx Brothers: Groucho, Chico, and Harpo. The picture was directed by Archie Mayo, and written by Joseph Fields and Roland Kibbee.

Set in Casablanca shortly after World War II, escaped Nazi war criminal Heinrich Stubel has steadily murdered three managers of the Hotel Casablanca. Disguised as a Count Pfefferman, Stubel's goal is to reclaim the stolen art treasures that he has hidden in the hotel. However, the only way he can do this undetected is by murdering the hotel's managers and running the hotel himself.

The newest manager of Hotel Casablanca is former motel proprietor Ronald Kornblow, who is very much unaware that he has been hired because no one else will dare take the position. Inept Kornblow takes charge of the hotel, and eventually crosses paths with Corbaccio, owner of the Yellow Camel company, who appoints himself as Kornblow's bodyguard, aided and abetted by Stubel's valet Rusty. In his many efforts to murder Kornblow, Stubel sends beautiful Beatrice Reiner to romance the clueless manager.

Before Stubel can make his escape to the airfield with the loot, Kornblow, his friends, and Miss Reiner invade his hotel room and sneak from suitcase to closet and back again to unpack his bags, which serves to drive him thoroughly mad. Arrested on false charges, Kornblow, Corbaccio and Rusty eventually crash Stubel's plane into a police station where the brothers expose Stubel as an escaped Nazi.

A popular story (spread in part by Groucho himself) surrounding the movie is that the Marx Brothers were threatened with a lawsuit by Warner Bros. for the use of the word "Casablanca" in the title, it being an infringement on the company's rights to the 1942 film Casablanca. Groucho responded with a letter asserting that he and his siblings had use of the word "brothers" prior to the establishment of Warner Brothers (and many others had before that), and often the story is told that Groucho threatened a counter-suit based on this assertion. He also mentioned that he would consider further legal action by pointing out to Warners that the title of their current hit film Night and Day infringed on the titles of two Marx Brothers films: A Night at the Opera and A Day at the Races .

The true story is that the original storyline for the film was intended to be a direct parody of Casablanca, with the characters having similar-sounding names to the characters and actors in the 1942 film. Groucho Marx has said that an early draft named his character "Humphrey Bogus", a reference to the leading actor in Casablanca, Humphrey Bogart. [1] Warner Bros. did not actually litigate, or even threaten to litigate, but it did issue a formal inquiry to the Marx Brothers concerning the plot and script of the film. [2]

The Marx Brothers exploited the situation for publicity, making it appear to the public that a frivolous lawsuit was in the works, and Groucho sent several open letters to Warner Bros. to get newspaper coverage. [2] These letters were among those he donated to the Library of Congress, and he reprinted them in his book The Groucho Letters, which he published in 1967. [3]

In the end, the matter died without legal action, and the storyline of the film was changed to be a send-up of the genre rather than Casablanca specifically. [2] Warner Bros. now owns the distribution rights to this film via Castle Hill Productions. 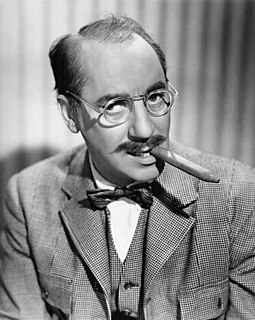 Julius Henry "Groucho" Marx was an American comedian, actor, writer, stage, film, radio, and television star. He is generally considered to have been a master of quick wit and one of America's greatest comedians. 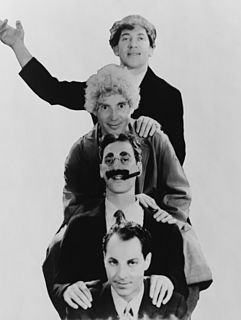 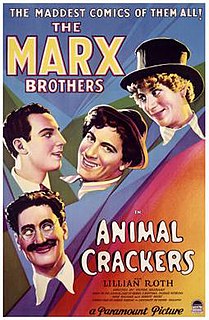 Animal Crackers is a 1930 American pre-Code Marx Brothers comedy film directed by Victor Heerman. The film stars the Marx Brothers, Groucho, Chico, Harpo, and Zeppo, with Lillian Roth and Margaret Dumont. It was based on their broadway musical of the same name, in which mayhem and zaniness ensue when a valuable painting goes missing during a party in honor of famed African explorer Captain Jeffrey T. Spaulding. A critical and commercial success upon its initial release, it was filmed at Paramount's Astoria Studios in Astoria, Queens; it was the second of two films the Brothers would make in New York City. 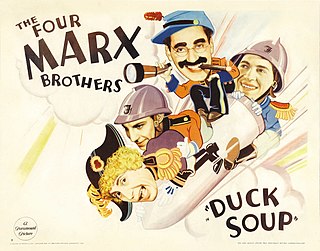 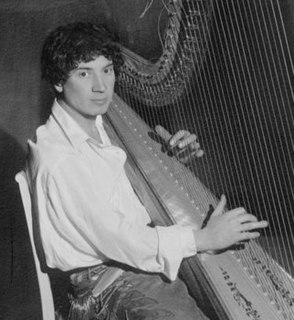 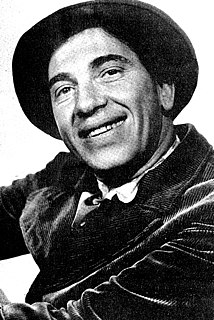 Leonard Joseph "Chico" Marx was an American comedian, musician, and actor. He was a member of the Marx Brothers. His persona in the act was that of a charming, uneducated but crafty con artist, seemingly of rural Italian origin, who wore shabby clothes and sported a curly-haired wig and Tyrolean hat. On screen, Chico is often in alliance with Harpo, usually as partners in crime, and is also frequently seen trying to con or outfox Groucho. Leonard was the oldest of the Marx Brothers to live past early childhood. In addition to his work as a performer, he played an important role in the management and development of the act in its early years.

At the Circus is a 1939 comedy film starring the Marx Brothers released by Metro-Goldwyn-Mayer in which they help save a circus from bankruptcy. The film contains Groucho Marx's classic rendition of "Lydia the Tattooed Lady". The supporting cast includes Florence Rice, Kenny Baker, Margaret Dumont, and Eve Arden. The songs, including "Lydia the Tattooed Lady", "Two Blind Loves", and "Step Up and Take a Bow", were written by the team of Harold Arlen and Yip Harburg. 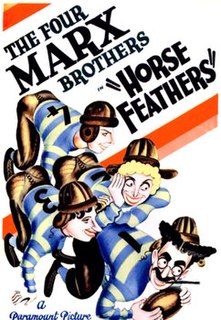 Monkey Business is a 1931 American pre-Code comedy film. It is the third of the Marx Brothers' released movies, and the first with an original screenplay rather than an adaptation of one of their Broadway shows. The film also features Thelma Todd, Harry Woods and Ruth Hall. It is directed by Norman Z. McLeod with screenplay by S. J. Perelman and Will B. Johnstone. Much of the story takes place on an ocean liner crossing the Atlantic Ocean. 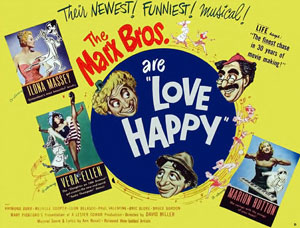 Love Happy is a 1949 American musical comedy film, released by United Artists, directed by David Miller and starring the Marx Brothers in their 13th and final feature film.

"The Incredible Jewel Robbery" was an episode of General Electric Theater, broadcast by CBS on March 8, 1959. It was the first appearance of the three Marx Brothers together in the same scene since A Night in Casablanca in 1946, although they had appeared in individual scenes in The Story of Mankind in 1957, and in pairs in Love Happy in 1949. "Jewel Robbery" would be their last joint TV appearance.

Go West is a 1940 Metro-Goldwyn-Mayer comedy-western film starring the Marx Bros. In their tenth film, Groucho, Harpo, and Chico head to the American West and attempt to unite a couple by ensuring that a stolen property deed is retrieved. The film was directed by Edward Buzzell and written by Irving Brecher, who receives the original screenplay credit.

I'll Say She Is (1924) is a musical comedy revue written by brothers Will B. Johnstone and Tom Johnstone (music). It was the Broadway debut of the Marx Brothers. A revival of I'll Say She Is, as "adapted and expanded" by the writer-performer Noah Diamond, was seen Off Broadway at the Connelly Theater in 2016.

Groucho: A Life in Revue is a stage play written by Groucho Marx's son Arthur Marx and Robert Fisher. With musical direction by Jim Grady. It is a look at the life and career of the famous entertainer Groucho Marx of the Marx Brothers and You Bet Your Life fame. It opened off-Broadway at the Lucille Lortel Theatre on October 8, 1986 and played 254 performances closing on May 3, 1987. It starred 23-year-old actor Frank Ferrante as Groucho Marx from age 15 to 85, Les Marsden as Harpo Marx and Chico Marx, Faith Prince as The Girls and Rusty Magee as The Citizen of Freedonia. It was directed by Arthur Marx. The play was produced by Nancy and Ronnie Horowitz.

Samuel Marx was the father of American entertainment group (the) Marx Brothers, stars of vaudeville, Broadway and film, and the husband of Minnie Marx, who served as the group's manager. 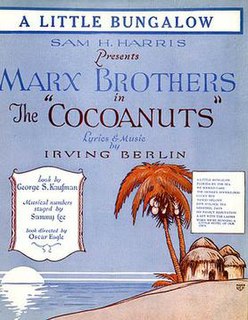 The Cocoanuts is a musical with music and lyrics by Irving Berlin and a book by George S. Kaufman, with additional text by Morrie Ryskind.

Deputy Seraph was an unfinished pilot for a television series in 1959 featuring the Marx Brothers: Groucho, Chico, and Harpo. The title was a pun on seraph and sheriff, reflecting the Western shows that were popular on TV at the time.