Sonny Boy is a 1929 film released by Warner Bros., directed by Archie Mayo, and starring Davey Lee, Edward Everett Horton, and Betty Bronson. Some of the movie was shot silent, and some was filmed in the Vitaphone sound-on-disc system. [2]

Sonny Boy's parents are in the midst of a bitter divorce when the boy's mother talks her sister into kidnapping him because she is terrified that her husband will take the boy out of the country after the divorce. The nervy sister takes the lad to the apartment of her sister's husband's lawyer who believes that she has gone away for a time. A merry mix-up ensues when he returns to the apartment with his parents in tow. To maintain appearances, the sister must pose as the lawyer's wife. Eventually she decides to take the boy and flee, but then she realizes that Sonny Boy has vanished. It seems he saw an interesting theater marquee, climbed down the fire escape, and went to the movies. The adults arrive just in time to hear a rousing rendition of the hit song "Sonny Boy".

According to silentera.com, a print of Sonny Boy exists. [2]

The Singing Fool is a 1928 American musical drama Part-Talkie motion picture directed by Lloyd Bacon which was released by Warner Bros. The film stars Al Jolson in blackface and is a follow-up to his previous film, The Jazz Singer. It is credited with helping to cement the popularity of American films of both sound and the musical genre.

Elizabeth Ada "Betty" Bronson was an American film and television actress who began her career during the silent film era.

Davey Lee was an American child actor. He was born in Hollywood, California, United States. He appeared in six feature films between 1928 and 1930.

The Locked Door is a 1929 American pre-Code drama film directed by George Fitzmaurice and starring Rod LaRocque, Barbara Stanwyck, William "Stage" Boyd, and Betty Bronson. The film is based on the 1919 play The Sign on the Door by Channing Pollock. The play was first adapted for the screen in 1921 as The Sign on the Door, starring Norma Talmadge. The Locked Door was Barbara Stanwyck's second film appearance, first starring role, and first talking picture.

The Aviator is a 1929 American Pre-Code Vitaphone comedy film produced and released by Warner Bros. Directed by Roy Del Ruth, the film was based on the play of the same name by James Montgomery and stars Edward Everett Horton and Patsy Ruth Miller. The Aviator is similar to the silent comedy The Hottentot (1922), where a hapless individual has to pretend to be a famous steeplehorse jockey. The Aviator today is considered a lost film. 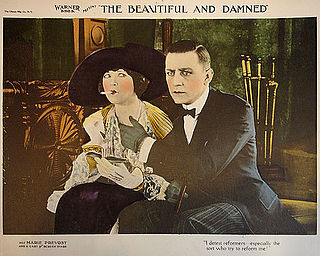 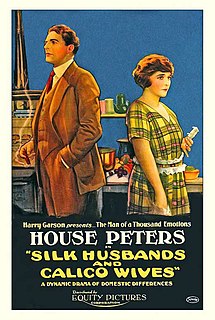 The Hottentot is a lost 1929 American pre-Code comedy film directed by Roy Del Ruth and starring Edward Everett Horton and Patsy Ruth Miller. It is based on the 1920 Broadway play The Hottentot by William Collier, Sr. and Victor Mapes.

Broken Hearts of Hollywood is a 1926 American comedy drama film released by Warner Bros. and directed by Lloyd Bacon. It is unknown, but the film might have been released with a Vitaphone soundtrack. A print of the film exists. 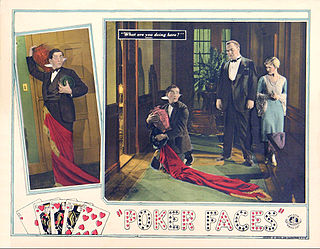 Poker Faces is a 1926 American silent comedy film directed by Harry A. Pollard starring Edward Everett Horton and Laura La Plante. It was produced and released by Universal Pictures.

Brass Knuckles is a surviving 1927 silent crime film directed by Lloyd Bacon and starring Monte Blue, Betty Bronson and William Russell. It was produced and distributed by Warner Brothers Pictures.