Mike Lee raises his daughter Lady Lee to be as honest a gambler as he is. When he gets too much in debt to the underworld syndicate headed by Jim Fallin, he commits suicide rather than be pressured into running a crooked game. Lady initially goes to work for Fallin, then quits and sets out on her own when he tries to "help" her by providing a crooked dealer.

Longtime admirer and bookie Charlie Lang proposes to her, but it is persistent young Garry Madison, who wins her heart despite unknowingly bringing two policemen in disguise to the illegal gambling den where she is playing. She resists marrying him, fearing the reaction of his high society father, but is pleased to learn that she already knows and likes Peter Madison, a fellow gambler. However, Peter does disapprove of the union, offering to buy her off. When she rejects his money, but meekly gives up Garry, he realizes he has mistaken her motives. Being a sporting man, he offers to cut cards for his son. He draws a jack, but Lady picks a queen, and the young couple get married.

They are happy at first, but then both feel the pangs of jealousy. When Garry's old girlfriend, Sheila Aiken, returns from Europe, he makes the mistake of greeting her too warmly. Lady challenges her to a game of cards, and wins her jewelry. When Charlie Lang is arrested, Garry refuses his wife's request for $10,000 to bail him out, so she pawns Sheila's jewels to raise the money. Charlie offers to reimburse her, telling her that he intends to pressure the syndicate into paying for his silence about what he knows. Garry becomes incensed when Lady's involvement with Charlie is reported in the newspapers. He goes out to recover the pawn ticket, now in Charlie's hands. Garry does not return that night.

The next day, two policemen inform Lady that Garry has been arrested for Charlie's murder, having been seen arguing with him and later being found in possession of the pawn ticket. Lady figures out that Garry spent the night with Sheila, but is unwilling to use that as an alibi. Lady sees Sheila, who is willing to testify, but only if Lady divorces her husband and insists on $250,000 alimony. Lady agrees to her terms.

Garry is released and the divorce is granted. Both Garry and Peter believe at first that Lady was in it for the money all along, but when Peter sees her tear up the check, he realizes they were wrong. Garry tricks Sheila into admitting the truth, then reconciles with Lady.

Mordaunt Hall, critic for The New York Times , called it "a film which is strong on action and weak on plausibility." While he applauded the performances of McCrea and Smith, he only credited Stanwyck with "an adequate portrayal" and thought that Dodd was miscast. [2] 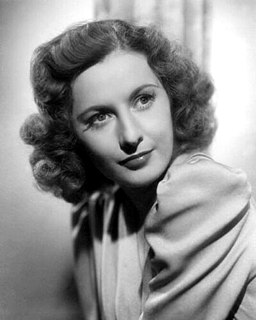 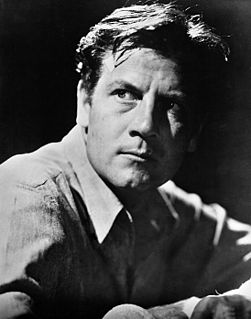 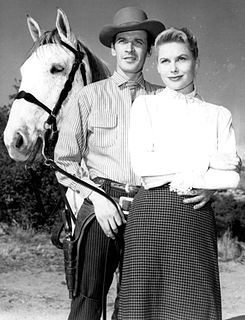 Clash by Night is a 1952 American film noir drama directed by Fritz Lang and starring Barbara Stanwyck, Paul Douglas, Robert Ryan, Marilyn Monroe and Keith Andes. The movie was based on the 1941 play by Clifford Odets, adapted by writer Alfred Hayes. This was the first major film in which Monroe was credited before the movie's title, albeit with fourth billing.

The Bitter Tea of General Yen is a 1933 American pre-Code drama war film directed by Frank Capra and starring Barbara Stanwyck, and featuring Nils Asther and Walter Connolly. Based on the 1930 novel The Bitter Tea of General Yen by Grace Zaring Stone, the film is about an American missionary in Shanghai during the Chinese Civil War who gets caught in a battle while trying to save a group of orphans. Knocked unconscious, she is saved by a Chinese general warlord who brings her to his palace. When the general falls in love with the naive young woman, she fights her attraction to the powerful general and resists his flirtation, yet remains at his side when his fortune turns.

Remember the Night is a 1940 American Christmas romantic comedy trial film directed by Mitchell Leisen and starring Barbara Stanwyck and Fred MacMurray. The film was written by Preston Sturges, the last of his scripts shot by another director, as Sturges began his own directorial career the same year with The Great McGinty. 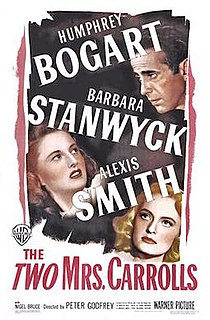 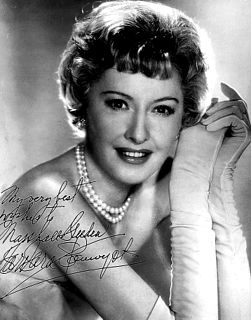 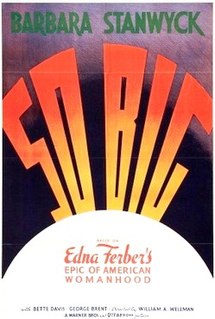 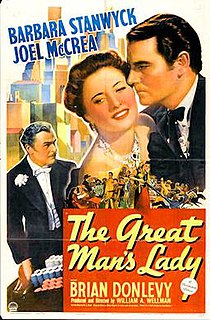 The Great Man's Lady is a 1942 American western film directed by William A. Wellman, and starring Barbara Stanwyck and Joel McCrea. The film is based on the short story "The Human Side" by Viña Delmar. 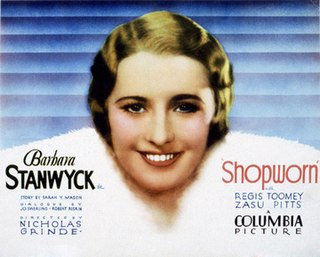 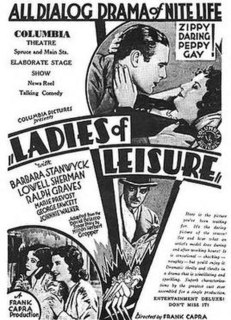 Married and in Love is a 1940 American film directed by John Farrow.