A catkin or ament is a slim, cylindrical flower cluster (a spike), with inconspicuous or no petals, usually wind-pollinated (anemophilous) but sometimes insect-pollinated (as in Salix ). They contain many, usually unisexual flowers, arranged closely along a central stem that is often drooping. They are found in many plant families, including Betulaceae, Fagaceae, Moraceae, and Salicaceae.

Catkin-bearing plants include many trees or shrubs such as birch, willow, hickory, sweet chestnut, and sweetfern (Comptonia).

In Britain, they can be seen in January or February, when many trees are bare for winter. They can even occur in December. [1]

For some time, catkins were believed to be a key synapomorphy among the proposed Hamamelididae, also known as Amentiferae (i.e., literally plants bearing aments). Based on molecular phylogeny work, it is now believed that Hamamelididae is a polyphyletic group. [2] [3] This suggests that the catkin flower arrangement has arisen at least twice independently by convergent evolution, in Fagales and in Salicaceae. [4] Such a convergent evolution raises questions about what the ancestral inflorescence characters might be and how catkins did evolve in these two lineages.

The word catkin is a loanword from the Middle Dutch katteken, meaning "kitten" (compare also German Kätzchen). This name is due either to the resemblance of the lengthy sorts of catkins to a kitten's tail, or to the fine fur found on some catkins. [5] [6] Ament is from the Latin amentum, meaning "thong" or "strap". [7] 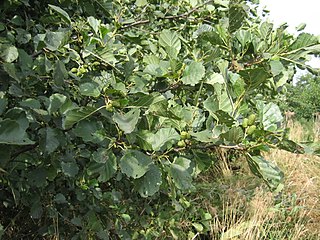 Betulaceae, the birch family, includes six genera of deciduous nut-bearing trees and shrubs, including the birches, alders, hazels, hornbeams, hazel-hornbeam, and hop-hornbeams numbering a total of 167 species. They are mostly natives of the temperate Northern Hemisphere, with a few species reaching the Southern Hemisphere in the Andes in South America. Their typical flowers are catkins and often appear before leaves. 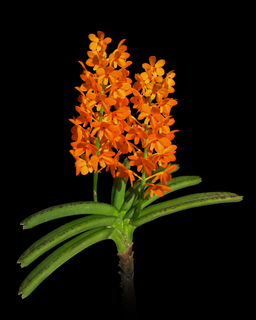 The hazel (Corylus) is a genus of deciduous trees and large shrubs native to the temperate Northern Hemisphere. The genus is usually placed in the birch family Betulaceae, though some botanists split the hazels into a separate family Corylaceae. The fruit of the hazel is the hazelnut.

Corylus avellana, the common hazel, is a species of hazel native to Europe and western Asia, from the British Isles south to Iberia, Italy, Greece, Turkey and Cyprus, north to central Scandinavia, and east to the central Ural Mountains, the Caucasus, and northwestern Iran. It is an important component of the hedgerows that were the traditional field boundaries in lowland England. The wood was traditionally grown as coppice, the poles cut being used for wattle-and-daub building and agricultural fencing.

Salix × fragilis, with the common names crack willow and brittle willow, is a hybrid species of willow native to Europe and Western Asia. It is native to riparian habitats, usually found growing beside rivers and streams, and in marshes and water meadow channels. It is a hybrid between Salix euxina and Salix alba, and is very variable, with forms linking both parents.

Salix herbacea, the dwarf willow, least willow or snowbed willow, is a species of tiny creeping willow adapted to survive in harsh arctic and subarctic environments. Distributed widely in alpine and arctic environments around the North Atlantic Ocean, it is one of the smallest of woody plants.

Corylus maxima, the filbert, is a species of hazel in the birch family Betulaceae, native to southeastern Europe and southwestern Asia, from the Balkans to Ordu in Turkey.

Hamamelididae is an obsolete botanical name at the rank of subclass. Because some hamamelidid members bear aments, this subclass has been formerly known as Amentiferae. Based on molecular phylogeny works, Hamamelididae appears to be a polyphyletic group.

Salix magnifica is a species of willow in the family Salicaceae. It is endemic to Sichuan in southwestern China, where it grows at high altitudes of 2,100–3,000 m above sea level. It is threatened by habitat loss.

Corylus heterophylla, the Asian hazel, is a species of hazel native to eastern Asia in northern and central China, Korea, Japan, and southeastern Siberia. 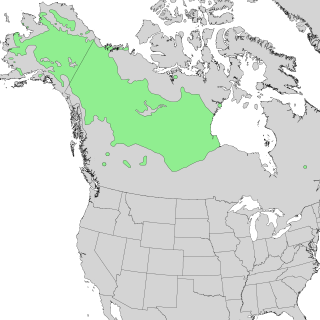 Salix arbusculoides is a species of flowering plant in the willow family known by the common name littletree willow. It is native to northern North America, where its distribution extends across Alaska and most of Canada.

Salix fuscescens is a species of flowering plant in the willow family known by the common name Alaska bog willow. It is native to northern North America, where it occurs throughout much of Alaska and across northern Canada. It is also present in Eurasia. 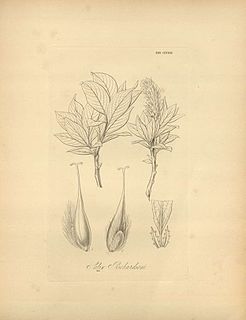 Salix richardsonii is a species of flowering plant in the Salicaceae, or willow family. It is known by the common names Richardson's willow and woolly willow. It is native to Russia and northern North America, where it occurs in Alaska and northern Canada. Some authorities consider it to be a subspecies, Salix lanata subsp. richardsonii(Hook.) A. K. Skvortsov rather than a species itself.

Salix argyracea is a large shrub from the genus of willow (Salix) with up to 10 centimeters long leaf blades with a felty hairy and shiny underside. The natural range of the species is in Kazakhstan, Kyrgyzstan, and China.

Salix annulifera is a small shrub from the genus of the willow (Salix) with up to 8 centimeter long leaf blades. The natural range of the species is in China.

Salix delavayana is a shrub or small tree from the genus willow (Salix) with mostly 3 to 8 centimeters long leaf blades. The natural range of the species is in the south of China and in Tibet.

Salix dissa is a low shrub from the genus willow (Salix) with usually 1 to 3 centimeters long leaf blades. The natural range of the species is in China.

Salix eriostachya is a species from the genus of willows (Salix) and grows as a shrub. The leaf blades are 4 to 11 centimeters long. The natural range of the species is in India, Nepal, and China.