Chiara Daraio is an Italian-American materials scientist and acoustical engineer. She is a professor of mechanical engineering and applied physics at the California Institute of Technology. [1]

Daraio's research contributions include a version of Newton's cradle that can generate "sound bullets"—sound waves focused tightly enough to disrupt matter; [2] [3] walls filled with ball bearings that can pass sound in only one direction; [4] [5] 3d-printed self-assembling rolling robots; [6] solar panels for space missions made of a shape-memory polymer that unfolds in sunlight; [7] and heat-sensitive artificial skin made out of pectin for both robotic and prosthetic uses. [8]

Daraio earned a laurea in mechanical engineering from Marche Polytechnic University in 2001, and a Ph.D. in materials science and engineering in 2006 from the University of California, San Diego. [1] Her dissertation, Design of materials: Configurations for enhanced phononic and electronic properties, was jointly supervised by Sungho Jin and Vitali Nesterenko. [9]

She joined the California Institute of Technology (Caltech) faculty in 2006, and has remained there since with a leave from 2013 to 2016 to take a chair of Mechanics and Materials at ETH Zurich. At Caltech, she was initially in the Aeronautics and Applied Physics department, where she was promoted to full professor in 2010; she moved to the Department of Mechanical Engineering and Applied Physics in 2016. [1]

Daraio won the Felice De Carli Medal of the Italian Metallurgical Society in 2006, [10] and the Richard von Mises Prize of the Gesellschaft für Angewandte Mathematik und Mechanik in 2008. [11]

In 2018 she won the UC San Diego Mechanical and Aerospace Engineering Outstanding Alumna Award, "for outstanding achievements in mechanical metamaterials and materials science". [12]

The California Institute of Technology (Caltech) is a private doctorate-granting research university in Pasadena, California. It was founded as a preparatory and vocational school by Amos G. Throop in 1891 and began attracting influential scientists such as George Ellery Hale, Arthur Amos Noyes and Robert Andrews Millikan in the early 20th century. The vocational and preparatory schools were disbanded and spun off in 1910 and the college assumed its present name in 1920. In 1934, Caltech was elected to the Association of American Universities, and the antecedents of NASA's Jet Propulsion Laboratory, which Caltech continues to manage and operate, were established between 1936 and 1943 under Theodore von Kármán. The university is one among a small group of institutes of technology in the United States which is primarily devoted to the instruction of pure and applied sciences. 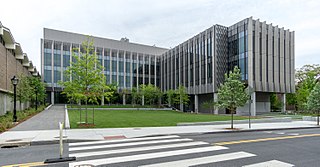 Palle Rama Rao FREng is an Indian scientist noted for his contribution to the field of Physical and Mechanical Metallurgy. He has collaborated and conducted research activities for over dozen universities and associations all over India and abroad. He has been honoured with the titles of Padma Vibhushan in 2011 by president of India for his contributions to scientific community. He is acting as the chairman, Governing Council, International Advanced Research Centre for Powder Metallurgy & New Materials (ARCI), Hyderabad.

Maria Chiara Carrozza is an Italian engineer and politician. She was the minister of education, universities and research between 28 April 2013 and February 2014.

Rolf Heinrich Sabersky was professor emeritus in mechanical engineering at Caltech. He worked with luminaries throughout his career including Apollo M. O. Smith and Theodore von Kármán at Aerojet. James Van Allan sought his expertise for the development of the Ajax and Bumblebee rocket programs.

Alper Erturk is the Woodruff Professor in the George W. Woodruff School of Mechanical Engineering at Georgia Institute of Technology.

Ramarathnam Narasimhan is an Indian materials engineer and a professor at the Department of Mechanical Engineering of the Indian Institute of Science. He is known for his pioneering researches on fracture mechanics and is an elected fellow of the Indian Academy of Sciences, Indian National Science Academy and the Indian National Academy of Engineering. The Council of Scientific and Industrial Research, the apex agency of the Government of India for scientific research, awarded him the Shanti Swarup Bhatnagar Prize for Science and Technology, one of the highest Indian science awards for his contributions to Engineering Sciences in 1999.

Nadia Lapusta is a Professor of Mechanical Engineering and Geophysics at the California Institute of Technology. She designed the first computational model that could accurately and efficiently simulate sequence of earthquakes and interseismic slow deformation on a planar fault in a single consistent physical framework.

Xie Chen is a Chinese physicist and an associate professor of theoretical physics at the California Institute of Technology. Her work covers both the field of condensed matter physics and quantum information, with a focus on many-body quantum mechanical systems with unconventional emergent phenomena. She won the 2020 New Horizons in Physics Prize for "incisive contributions to the understanding of topological states of matter and the relationships between them"

Ellen Roche is an Irish Biomedical Engineer and Assistant Professor at MIT in the Department of Mechanical Engineering and the Institute of Medical Engineering and Science... She won international acclaim in her field of work for her contribution to heart failure prevention with her inventions, the Harvard Ventricular Assist Device (HarVAD), a soft-robotic sleeve device that goes around the heart, squeezing and twisting it to maintain the heart’s functionality and Therepi, a reservoir that attaches directly to the damaged heart tissue.

Lambertus Hesselink is a Professor in the Stanford Department of Electrical Engineering. He was the Director of the Ginzton Lab from 2008 until 2014. His research includes nano-photonics, ultra high density optical data storage, nonlinear optics, optical super-resolution, materials science, three-dimensional image processing and graphics, and Internet technologies.