Chronicles of Chaos (shortened as CoC) was an extreme metal webzine. It focused on artists that are generally outside the metal mainstream, and occasionally covers other forms of extreme music as well. [2] Online since August 1995, [3] Chronicles of Chaos was one of the first webzines in the world for that genre of music. [4] [5] It was a nonprofit publication since its inception. [6] Chronicles of Chaos stopped publishing new articles in August 2015. [7] [8]

Chronicles of Chaos was founded by Canadians Gino Filicetti and Adrian Bromley in 1995, [4] and started out in the shape of a monthly e-mail digest.

In its early years, CoC was one of the few to publish reviews and interviews on the Internet featuring bands such as Eyehategod, Nevermore, Strapping Young Lad and Dimmu Borgir before they were well known, as well as numerous other bands that were popular in the mid-1990s metal underground, including At the Gates, Fear Factory, Dismember, Dissection, Brutal Truth, Napalm Death, Sepultura, Hypocrisy, My Dying Bride, Type O Negative, Cannibal Corpse, Edge of Sanity, Paradise Lost, Amorphis, Morbid Angel, In Flames, Sentenced, Therion, Emperor, Vader, Grimlord, Bolt Thrower, Opeth and Slayer, among others. CoC also interviewed the leaders of labels such as Earache Records, Peaceville and The End Records.

Initially composed of four contributors from Canada and the USA in 1995, the staff eventually reached a stable set of nine writers in 1997, including the first European contributor. Near the year 2000, the European contingent was expanded by three new writers, with representatives from the Asian and African continents joining shortly after. This led to a core staff of twelve writers in 2002.

In this period, founder Filicetti retired from his role as contributor, while co-founder Bromley moved on to form his own print publication, Unrestrained! , with fellow CoC contributor Adam Wasylyk. [4] Meanwhile, various other writers departed or became part-time contributors due to other engagements. Some of Chronicles of Chaos' writing staff became contributors to magazines like Metal Hammer , Terrorizer , Unrestrained! and more. As a result, the e-mail issues became less regular, with as much as three month gaps.

Between October 2002 and March 2003 the publication went on an unofficial hiatus for the only time in its history. Until 2003, the Chronicles of Chaos website served only as a static repository of plain text back issues, with the latest digest available for hypertext navigation.

From 2003 onwards, the publication adopted a database-driven website. [9] Older articles previously found only inside plain text files became immediately accessible, and the new system also allowed articles to be published more frequently and directly to the website. The e-mail digest returned to its original monthly schedule, gathering up the articles published on the website during that month. More than 100 issues of the e-mail digest were published until 2011, containing over 20 megabytes of text.

The staff was gradually augmented between 2003 and 2008 with the addition of new European, American and Australian writers. This led to a total of around twenty writers, although several of those were only sporadic part-time contributors who were previously an integral part of the publication pre-2003. In keeping with its international tradition, over a dozen different nationalities were represented in the staff. [10]

In 2007, Chronicles of Chaos was mentioned by sociologist Keith Kahn-Harris in his book on extreme metal. [11]

On August 12, 2015, marking the twentieth anniversary of the magazine, founder Gino Filicetti and co-editor Pedro Azevedo announced that Chronicles of Chaos had ceased publication of new articles. The reasons for this decision included much increased public access to streaming and downloading albums, as well as a dearth of new writers. [7] [8] The announcement was coupled with opinion articles from several of CoC's current and former writers.

Chronicles of Chaos remains online as an archive, containing over 7,500 reviews, interviews and opinion articles that were published during a span of twenty years.

The Washington Blade is a lesbian, gay, bisexual and transgender (LGBT) newspaper in the Washington, D.C. metropolitan area. The Blade is the oldest LGBT newspaper in the United States and third largest by circulation, behind the Philadelphia Gay News and the Gay City News of New York City. The Blade is often referred to as America's gay newspaper of record because it chronicled LGBT news locally, nationally, and internationally. The New York Times said the Blade is considered "one of the most influential publications written for a gay audience."

Strapping Young Lad was a Canadian extreme metal band formed by Devin Townsend in Vancouver in 1994. The band started as a one-man studio project; Townsend played most of the instruments on the 1995 debut album, Heavy as a Really Heavy Thing. By 1997, he had recruited permanent members; this line-up, which consisted of Townsend on vocals and guitar, Jed Simon on guitar, Byron Stroud on bass, and Gene Hoglan on drums, lasted until the band's dissolution.

The News Chronicle was a British daily newspaper. It ceased publication on 17 October 1960, being absorbed into the Daily Mail. Its offices were in Bouverie Street, off Fleet Street, London, EC4Y 8DP, England.

Into the Unknown is the fifth album by Mercyful Fate, released by Metal Blade Records in 1996. 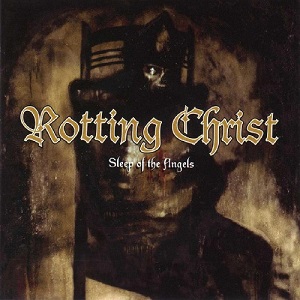 Sleep of the Angels is the fifth full-length album by Greek extreme metal band Rotting Christ. Like previous releases A Dead Poem and Triarchy of the Lost Lovers, the band refined their direction to a slower style with more emphasis on atmosphere and melodicism than brutality. Despite mixed critical consensus of the album, it would be supported during the band's first-ever tour in the United States. 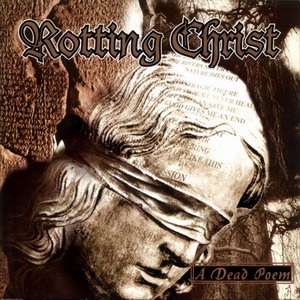 Octagon is the eighth studio album by Swedish extreme metal band Bathory. It was released in May 1995, through Black Mark Production. It continues the retro thrash metal style of the previous album, Requiem. It was reissued in 2003, with the first two tracks combined and "Winds of Mayhem" outro added.

Through Silver in Blood is the fifth album from the California-based avant-garde metal band Neurosis. The album was released on April 23, 1996, and was their first record to be released through Relapse Records. The album was reissued in July 2009 on the band's own label, Neurot Recordings. Since its release, Through Silver in Blood has been recognized not only as the band's critical and popular peak, but as one of the sources of post-metal and as one of the best metal albums of all time. 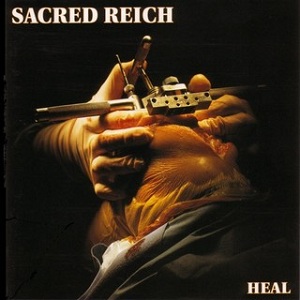 Heal is the fourth studio album by American thrash metal band Sacred Reich, released February 27, 1996 by Metal Blade Records. This is the band's final full-length studio album to feature guitarist Jason Rainey, and was their last one for 23 years, until the release of Awakening in August 2019.

Architecture criticism is the critique of architecture. Everyday criticism relates to published or broadcast critiques of buildings, whether completed or not, both in terms of news and other criteria. In many cases, criticism amounts to an assessment of the architect's success in meeting his or her own aims and objectives and those of others. The assessment may consider the subject from the perspective of some wider context, which may involve planning, social or aesthetic issues. It may also take a polemical position reflecting the critic's own values. At the most accessible extreme, architectural criticism is a branch of lifestyle journalism, especially in the case of high-end residential projects.

Michael H. Sedge is an American journalist, author, marketing specialist, lecturer and entrepreneur. He founded the marketing company Strawberry Media, the publishing firm The Sedge Group, and co-founded the U.S. small business, Michael-Bruno, LLC, which offers architectural design, engineering services, and construction management to the U.S. government in Europe, Africa, and the Middle East. His latest non-fiction work The Lost Ships of Pisa won the President of the Italian Republic's Book of the Year Award for a Foreign Author. 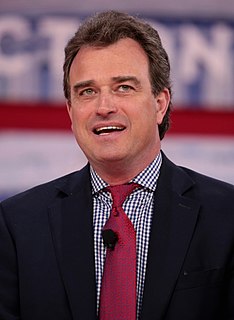 Odyssey is an American internet media company that operates based on a crowdsourced model, receiving articles from a base of thousands of volunteer authors and edited through their teams of volunteer, outsourced, and professional content strategists. The platform produces material covering virtually all major topics, including politics, sports, fashion, technology, entertainment, business, science, and health, among others. Odyssey has over 15,000 contributing writers, 1,200 communities, and over 30 million readers across the country. Each community consists of at least 12 writers, a voluntary Editor-in-chief, and a content strategist based in the New York City headquarters. Within each team are opportunities for executive positions, like a contributing editor, social outreach specialist, recruitment director, and more, all on a voluntary basis. Writers have the opportunity to receive compensation for their articles based on the number of page views a contributor generates.