Colorado State Board of Education

The Colorado State Board of Education is a government body in the U.S. state of Colorado tasked with "general supervision of public schools." It is composed of members elected from districts corresponding to Colorado's congressional districts – following the 2000 census, there are seven districts and therefore seven members.

During periods when Colorado is allocated an even number of congressional seats, an additional member is elected to the State Board of Education by statewide vote, thereby leading to an odd number of members and reducing the potential for tied votes. The last person so elected was Jared Polis, elected in 2000 when the state had six seats in the U.S. House of Representatives. Polis's term expired in January 2007 and the additional seat ceased to exist.

The Constitution of Colorado was amended in 1948 to authorize an elected State Board of Education. The first elections took place in November 1950 and the board began its work in January 1951.

Alma Shealey Adams is an American politician who represents North Carolina's 12th congressional district in the United States House of Representatives. A Democrat, Adams served as a member of the North Carolina General Assembly representing the state's 58th House district in Guilford County from her appointment in April 1994 until her election to Congress, being succeeded by Ralph C. Johnson. A college administrator and art professor from Greensboro, North Carolina, Adams is known for the many distinctive hats that she wears. Adams won the 2014 special election in North Carolina's 12th congressional district to fill the vacancy created by the resignation of Mel Watt, thus becoming the 100th woman serving in the 113th Congress. She won election to a full two-year term at the same time.

Edwin George Perlmutter is an American politician serving as the U.S. Representative for Colorado's 7th congressional district since 2007. A member of the Democratic Party, his district is located in the northern and western suburbs of the Denver metropolitan area. He previously served as the Colorado State Senator from the 20th district from 1995 to 2003.

At-large is a description for members of a governing body who are elected or appointed to represent a whole membership or population, rather than a subset. In multi-hierarchical bodies the term extend, on occasion, to a tier beneath the highest division. A contrast is implied, with certain electoral districts or narrower divisions. It can be given to the associated territory, if any, to denote its undivided nature, in a specific context. Unambiguous synonymous are the prefixes of cross-, all- or whole-, such as cross-membership, or all-state.

Jared Schutz Polis is an American politician, entrepreneur, and philanthropist serving as the 43rd governor of Colorado since January 2019. A member of the Democratic Party, he served one term on the Colorado State Board of Education from 2001 to 2007 and five terms as the United States Representative from Colorado's 2nd congressional district from 2009 to 2019. During his time in Congress, he was the only Democratic member of the libertarian conservative Liberty Caucus. He was elected governor of Colorado in 2018, defeating Republican nominee Walker Stapleton.

Electoral reform in Colorado refers to efforts to change the voting laws in the Centennial State. 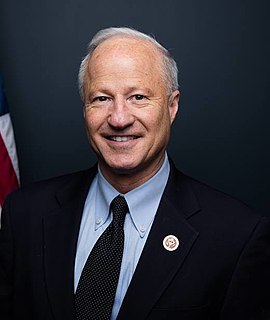 Michael Harold Coffman is an American politician, businessman, and retired veteran of the U.S. Army and U.S. Marine Corps currently serving as the Mayor of Aurora, Colorado. A Republican, Coffman has spent over 30 years in public office in Colorado. He served as the U.S. representative for Colorado's 6th congressional district for five terms, and in the posts of Secretary of State of Colorado and Colorado State Treasurer. 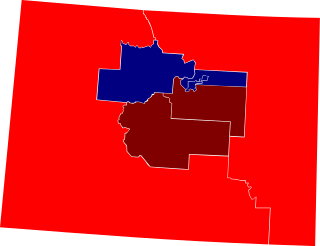 The 2010 congressional elections in Colorado were held on November 2, 2010 to determine who will represent the state of Colorado in the United States House of Representatives. Representatives are elected for two-year terms; those elected will serve in the 112th Congress.

The 2014 United States House of Representatives elections in Colorado will be held on Tuesday, November 4, 2014 to elect the seven U.S. Representatives from the state of Colorado, one from each of the state's seven congressional districts. The elections will coincide with the elections of other federal and state offices, including Governor of Colorado and U.S. Senator.

Joseph D. Neguse is an American politician serving as the U.S. Representative for Colorado's 2nd congressional district since 2019. A member of the Democratic Party, he previously was a Regent of the University of Colorado from 2008 to 2015. Neguse is the first Eritrean-American elected to the United States Congress and Colorado's first congressman of African descent. 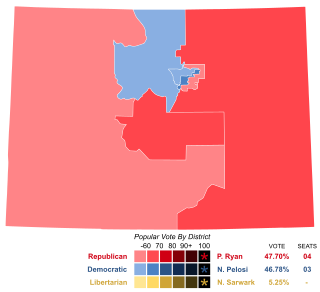 The 2018 United States House of Representatives elections were held on November 6, 2018, with early voting taking place in some states in the weeks preceding that date. Voters chose representatives from all 435 congressional districts across each of the 50 U.S. states. Non-voting delegates from the District of Columbia and four of the five inhabited U.S. territories were also elected. These midterm elections took place nearly halfway through the 2016–2020 term of Republican President Donald Trump. On Election Day, Republicans had held a House majority since January 2011. 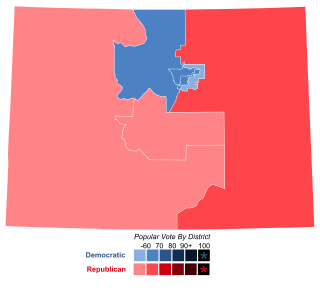 James Coleman is a Democratic member of the Colorado House of Representatives. He was born and raised in the Park Hill neighborhood of Denver, and currently lives in Denver’s Green Valley Ranch neighborhood, and represents House District 7 in northeast Denver. When he was elected to his first term in 2016, Coleman was the youngest Colorado state legislator. He recently won his State Senate election and is currently the Democratic Senator-Elect for Colorado Senate District 33.

Colorado state elections in 2020 were held on Tuesday, November 3, 2020. The deadline to register and receive a ballot by mail in Colorado was October 26, 2020. Voters may register in person and vote or pick up a ballot at Voter Service Centers October 19 through 7 p.m. November 3, 2020. Colorado exclusively used a vote-by-mail system, although voters may choose to vote in person at Voter Service and Polling Centers (VSPCs).

A general election will be held in the U.S. state of Colorado on November 8, 2018. All of Colorado's executive officers are up for election, as well as all of Colorado's seats in the United States House of Representatives, and Colorado's U.S. Senate seat currently occupied by Michael Bennet.