DVD Talk is a home video news and review website launched in 1999 by Geoffrey Kleinman.

Shawn Levy of The Oregonian called it "worth a visit", [9] and Randy Salas of the Star Tribune recommended it as a source of information for DVDs. [10] It was used at one time by industry insiders to gauge interest in DVD titles. [11] [12] [13] 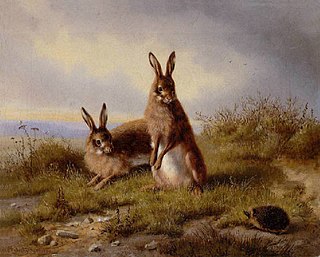 Easter egg is a term used to describe a message, image, or feature hidden in a video game, film, or other, usually in electronics, medium. The term used in this manner was coined around 1979 by Steve Wright, the then Director of Software Development in the Atari Consumer Division, to describe a hidden message in the Atari video game Adventure, in reference to an Easter egg hunt.

Nothing So Strange is a 2002 American mockumentary film written, produced and directed by Brian Flemming in the style of an "independent documentary". It centers on the fictional assassination of former Microsoft chairman Bill Gates on December 2, 1999. The film won the New York Times Claiborne Pell Award for Original Vision at the Newport Film Festival and received a positive reception from Variety.

Alexander Robert Frost is an American actor best known for his role in Elephant and Drillbit Taylor.

Geoffrey Kleinman is an American writer. He is the founder of Kleinman.com the company which started and ultimately sold DVD Talk and which runs DrinkSpirits.com.

John Gruber is a blogger, UI designer, and the inventor of the Markdown markup language. Gruber is from the Philadelphia, Pennsylvania, area. He received his Bachelor of Science in computer science from Drexel University, then worked for Bare Bones Software (2000–02) and Joyent (2005–06). Since 2002, he has written and produced Daring Fireball, a technology-focused blog. He hosts a related podcast called The Talk Show. In early 2013, Gruber, Brent Simmons, and Dave Wiskus founded software development firm Q Branch to develop the Vesper notes app for iOS. The venture was not successful, and Q Branch has since shut down. In March 2020, Gruber started a new podcast with friend and colleague Ben Thompson called Dithering. Each episode is exactly 15 minutes long, and access to the triweekly show is granted via subscription.

The Simpsons' twelfth season originally aired between November 2000 and May 2001. It began on Wednesday, November 1, 2000 with "Treehouse of Horror XI". The season contains four hold-over episodes from the season 11 (BABF) production line. The showrunner for the twelfth production season was Mike Scully. The season won and was nominated for numerous awards including two Primetime Emmy Awards wins and an Annie Award. Season 12 was released on DVD in Region 1 on August 18, 2009, Region 2 on September 28, 2009, and Region 4 on September 2, 2009.

Shawn Anthony Levy is an American film critic, author and blogger. Born in New York City, and educated at the University of Pennsylvania and the University of California, Irvine, Levy was the film critic of The Oregonian newspaper in Portland, Oregon, from 1997 to 2012 and of KGW-TV, Portland's NBC affiliate, from 2009 to 2016. He is a former Senior Editor of American Film and a former Associate Editor of Box Office. His work has appeared in major newspapers and magazines in the United States and England including The New York Times, the Los Angeles Times, the San Francisco Chronicle, The Guardian, The Independent, Film Comment, Movieline, Premiere, and Sight & Sound.

David Streitfeld is an American journalist. During his tenure as book reporter at The Washington Post, he definitively identified Joe Klein as the "Anonymous" author of the 1996 novel Primary Colors, upon which Klein admitted authorship, despite earlier denials.

FindArticles was a website which provided access to articles previously published in over 3,000 magazines, newspapers, journals, business reports and other sources. The site offered free and paid content through the HighBeam Research database. In 2007, FindArticles accessed over 11 million resource articles, going back to 1998.

X – Live in Los Angeles is a live album by American rock band X released May 10, 2005, by Shout! Factory on compact disc and DVD. The concert was recorded on Thanksgiving 2004 as a tribute to the 25th anniversary of their debut album, Los Angeles. DVD bonus features included acoustic duets by Exene Cervenka and John Doe on "See How We Are" and "True Love" and a photo gallery from Billy Zoom.

The New Age is a 1994 comedy-drama film written and directed by Michael Tolkin and starring Peter Weller and Judy Davis.

The Clinton Street Theater is a theater located in southeast Portland, Oregon. It is believed to be the second oldest operating movie house in the city and one of the oldest continually operating cinemas in the United States. The theater was designed by Charles A. Duke in 1913, built in 1914, and opened as The Clinton in 1915. It became known as the 26th Avenue Theatre in 1945 and the Encore in 1969, before reverting to a resemblance of its original name in 1976. The Clinton often screens grindhouse, cult and experimental films, and has become known for hosting regular screenings of The Rocky Horror Picture Show and Repo! The Genetic Opera. The venue also hosts the annual Filmed by Bike festival, the Faux Film Festival and the Portland Queer Documentary Film Festival.

Frank Price is a television writer and executive during the 1950s to 1970s, and a Hollywood studio chief in the 1980s. He held a number of executive positions including head of Universal TV in the 1970s; President, and later Chairman and CEO, of Columbia Pictures; and president of Universal Pictures. In the 1960s, he is credited with helping to develop the "made-for-TV movie" and the 90-minute miniseries television formats, including The Virginian (1962–1970).