Dagg is a surname. Notable people with the surname include: 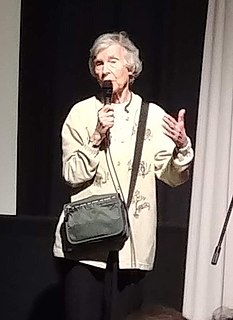 Anne Innis Dagg is a Canadian zoologist, biologist, feminist, and author of numerous books. A pioneer in the study of animal behaviour in the wild, Dagg is credited with being the first to study giraffe in the wild and to study animals in the wild in Africa. Her impact on current understandings of giraffe biology and behaviour were the focus of the 2011 CBC radio documentary Wild Journey: The Anne Innis Story and the 2018 documentary film The Woman Who Loves Giraffes.

Archie Dagg (1899–1990) was a shepherd and traditional fiddler, piper and composer from central Northumberland. He was born at Linbriggs, in Upper Coquetdale, and except for his time in the Army at the end of the First World War, lived all his life in that region. In the late 1930s, he was a member of the English Sheepdog Trials Team; when competing with them in Scotland, he would play Scottish tunes on the Northumbrian smallpipes, and found he would get a steady supply of free drams. 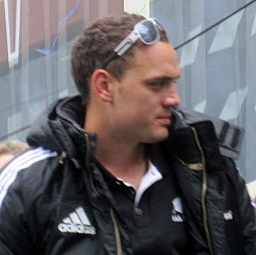 Fred Dagg is a fictional character from New Zealand created and acted on stage, film and television by satirist John Clarke. Clarke graced New Zealand TV screens as Dagg during the mid to late 1970s, "taking the piss" out of the post-pioneering Kiwi bloke and "blokesses". The Fred Dagg character is a stereotypical farmer and New Zealand bloke: clad in a black singlet and gumboots, hailing from the isolated rural town of Taihape, and attended by numerous associates all named "Trev". One memorable expression was uttered whenever there was a knock at the door: "That'll be the door."

John Morrison Clarke was a New Zealand-born comedian, writer, and satirist. He was born in Palmerston North, New Zealand, and lived in Australia from the late 1970s. He was a highly regarded actor and writer whose work appeared on the Australian Broadcasting Corporation (ABC) in both radio and television and also in print. 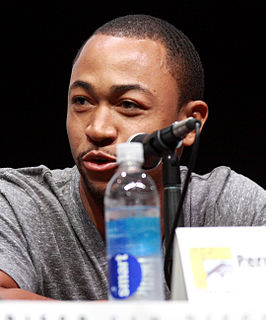 Percy Daggs III is an American actor best known for his role as Wallace Fennel in the Rob Thomas television series Veronica Mars. He is also known for starring in television commercials for Hot Pockets and Orbit Gum. He has had guest appearances on such shows as Boston Public, The Guardian, NYPD Blue and The Nightmare Room. His younger sister was featured on MTV's Made as an aspiring surfer.

John Leadley Dagg (1794–1884), born in Loudoun County, Virginia, lived to be over 90 years old. He died in June 1884, as one of the most respected men in American Baptist life, and remains one of the most profound thinkers produced by his denomination. Dagg had a limited education, was near-blind, and physically disabled. He became a pastor in Philadelphia and elsewhere and then an educator both in Alabama and as president at Mercer University in Georgia. He was a convinced Calvinist of an evangelical kind. His Manual of Theology (1857) was the first comprehensive systematic theology written by a Baptist in America, and it became foundationally influential for Baptists in the South.

Trevor is a given name and surname of Welsh and Irish origin.

Starchaser: The Legend of Orin is a 1985 animated science fantasy film directed and produced by Steven Hahn, and written by Jeffrey Scott. It was originally released in 3D by Atlantic Releasing. Starchaser: The Legend of Orin was one of the first animated movies to mix traditional and computer animation, as well as one of the first to be released in 3D.

Charles Daniel Daggs was an American track and field athlete who competed in the 1920 Summer Olympics. 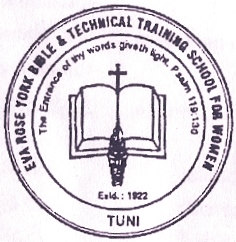 Eva Rose York Bible Training and Technical School for Women was founded in 1922 by the Canadian Baptist Mission (CBM). The school is in Tuni in Andhra Pradesh, India.

The Daggs Falls is a plunge waterfall on Spring Creek that is located in the Darling Downs region of Queensland, Australia.

Benjamin Robert Smith is a New Zealand rugby union player, currently representing Pau in the French Top 14. He formerly played for the Highlanders in the Super Rugby competition and for Otago in the ITM Cup.

Lyall Austin Dagg was a Canadian curler and World Champion. He won a gold medal at the 1964 World Curling Championships. Outside of curling, he was employed as an account executive.

Lisa Daggs is an American multi-award-winning Christian music singer/songwriter an author based in Sacramento, California.

River is a Canadian thriller film directed by Jamie M. Dagg. It premiered in the Discovery section of the 2015 Toronto International Film Festival. Sutherland garnered a Canadian Screen Award nomination for Best Actor at the 4th Canadian Screen Awards. The film was chosen as the winner of the Academy of Canadian Cinema and Television's Claude Jutra Award, as the year's best feature film directed by a first-time director.

The 4th Canadian Screen Awards was held on March 13, 2016, to honour achievements in Canadian film, television, and digital media production in 2015.

Jamie M. Dagg is a Canadian film director and writer, who won the 2016 Academy of Canadian Cinema and Television's Canadian Screen Award for Best First Feature, presented to the year's best feature film directed by a first-time director, for his film River.

The Henderson Lewelling House, also known as the Lewelling Quaker Museum, is a historic building located in Salem, Iowa, United States. Henderson Luelling and his wife Elizabeth were among the first settlers in the Quaker community of Salem in 1837. They moved here from Henry County, Indiana, and Henderson moved his fruit tree nursery with him. This was Iowa's first commercial nursery. Henderson built this two-story stone house with Greek Revival details in 1843. The Lewellings were abolitionists associated with the Society of Anti-Slavery Friends, and his home is thought to have been a stop on the Underground Railroad. The family left Salem for Oregon in 1847, taking the nursery with them.

Margaret Dixon McDougall was an Irish-born writer who lived in Canada and the United States. Her surname also appears as MacDougall. She sometimes wrote under the name Norah Pembroke.

Elaine Dagg-Jackson is a Canadian curler and curling coach from Victoria, British Columbia.