Damian of Pavia (also Damianus Ticinensis, Damianus Mediolanensis, Damianus Biscossia) was Bishop of Pavia (Ticinum) from 680, succeeding bishop Anastasius. He mediated relations between the Lombards and the Byzantine emperors.

Damian wrote a letter to emperor Constantine IV in 679 on behalf of Mansuetus, archbishop of Milan, against the doctrine of Monothelitism. This letter, in a Latin edition, is the only extant writing from the hand of Damian (sometimes attributed to Mansuetus on whose behalf Damian was writing). 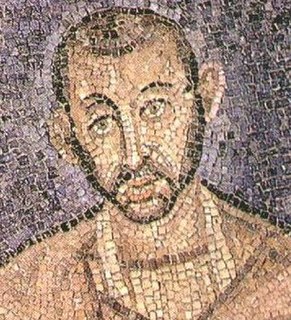 Ambrose of Milan, venerated as Saint Ambrose, was the Bishop of Milan, a theologian and statesman. He expressed himself prominently as a public figure, fiercely promoting the Latin Church against Arianism and paganism. He left a substantial collection of writings, of which the best known include the ethical commentary De officiis ministrorum (377–391), and the exegetical Exameron (386–390). His preachings, his actions and his literary works, in addition to his innovative musical hymnography, made him one of the most influential ecclesiastical figures of the 4th century.

Pope Agatho served as the bishop of Rome from 27 June 678 until his death. He heard the appeal of Wilfrid of York, who had been displaced from his see by the division of the archdiocese ordered by Theodore of Canterbury. During Agatho's tenure, the Sixth Ecumenical Council was convened to deal with monothelitism. He is venerated as a saint by both the Catholic and Orthodox churches.

Pope Leo IX, born Bruno of Egisheim-Dagsburg, was the head of the Catholic Church and ruler of the Papal States from 12 February 1049 to his death in 1054. Leo IX is considered to be one of the most historically significant popes of the Middle Ages; he was instrumental in the precipitation of the Great Schism of 1054, considered the turning point in which the Catholic and Eastern Orthodox Churches formally separated. He is venerated as a saint in the Catholic Church. 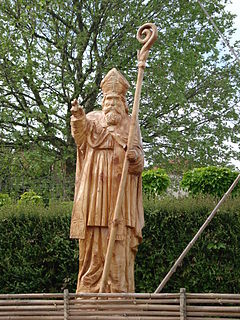 Alcimus EcdiciusAvitus was a Latin poet and bishop of Vienne in Gaul. His fame rests in part on his poetry, but also on the role he played as secretary for the Burgundian kings. 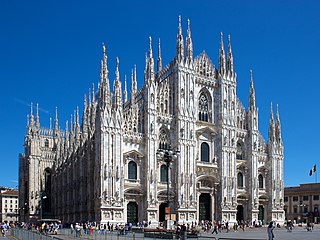 The Archdiocese of Milan is a Latin Church ecclesiastical territory or archdiocese of the Catholic Church in Italy which covers the areas of Milan, Monza, Lecco and Varese. It has long maintained its own Latin liturgical rite usage, the Ambrosian rite, which is still used in the greater part of the diocesan territory. Among its past archbishops, the better known are Saint Ambrose, Saint Charles Borromeo, Pope Pius XI and Saint Pope Paul VI.

Cosmas and Damian were two Arab physicians in the town Cyrrhus, and were reputedly twin brothers, and early Christian martyrs. They practised their profession in the seaport of Aegeae, then in the Roman province of Syria. 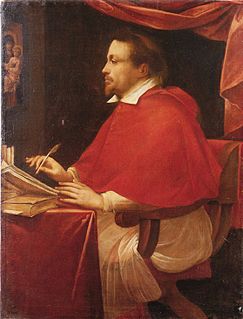 Federico Borromeo was an Italian cardinal and Archbishop of Milan.

Gerard was a German prelate who served as the Bishop of Toul from 963 until his death. His entrance into the priesthood came about due to his mother being struck dead in a lightning strike which he believed was divine judgment for his sins and a call to service. But he had been known for his piousness and he accepted the position to the Toul diocese despite his reluctance. His concern as a bishop was to the restoration of all properties the Church managed and to ensure secular involvement in Church affairs ceased. 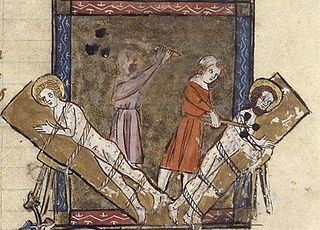 Dungal of Bobbio was an Irish monk, teacher, astronomer, and poet. He was to live at Saint-Denis, Pavia, and Bobbio.

Saint Mansuetus was the first Bishop of Toul.

Dionysius of Corinth, also known as Saint Dionysius, was the bishop of Corinth in about the year 171. His feast day is commemorated on April 8.

The Diocese of Pavia is a see of the Catholic Church in Italy. It has been a suffragan of the Archdiocese of Milan only since 1817. Previous to the reorganization of the hierarchy in northern Italy by Pope Pius VII after the expulsion of the French and the Congress of Vienna, the diocese of Pavia had depended directly upon the Holy See, despite repeated failed attempts on the part of the Archbishops of Milan to claim control. The diocese has produced one Pope and Patriarch of Venice, and three cardinals. 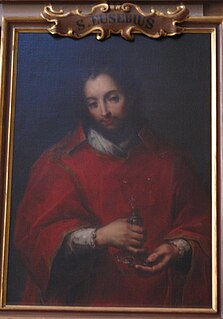 Eusebius was Archbishop of Milan from 449 to 462. He is honoured as a saint and his feast day is 12 August. 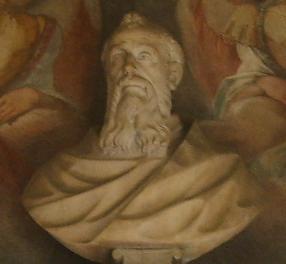 Peter Damian was a reforming Benedictine monk and cardinal in the circle of Pope Leo IX. Dante placed him in one of the highest circles of Paradiso as a great predecessor of Francis of Assisi and he was declared a Doctor of the Church on 27 September 1828. His feast day is 21 February. 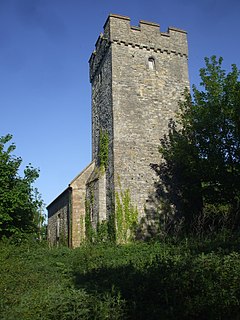 Deruvian, also known by several other names including Damian, was a possibly legendary 2nd-century bishop and saint, said to have been sent by the pope to answer King Lucius's request for baptism and conversion to Christianity. Together with his companion St Fagan, he was sometimes reckoned as the apostle of Britain. King Lucius's letter may represent earlier traditions but does not appear in surviving sources before the 6th century; the names of the bishops sent to him does not appear in sources older than the early 12th century, when their story was used to support the independence of the bishops of St Davids in Wales and the antiquity of the Glastonbury Abbey in England. The story became widely known following its appearance in Geoffrey of Monmouth's pseudohistorical History of the Kings of Britain. This was influential for centuries and its account of SS Fagan and Deruvian was used during the English Reformation to support the claims of both the Catholics and Protestants. Geoffrey's account is now considered wholly implausible, but Christianity was well-established in Roman Britain by the third century. Some scholars therefore argue the stories preserve a more modest account of the conversion of a Romano-British chieftain, possibly by Roman emissaries by these names.

Mansuetus was Archbishop of Milan from 676 to 685. He is honoured as a saint in the Catholic Church.