Dave Brainard was born in Seoul Korea and raised in Omaha, Nebraska, the second of four children born to Greg Brainard, a retired Air Force Master Sergeant, and South Korean immigrant, So Un Jo. He graduated from Papillion-La Vista High School in 1993 and went on to attend University of Nebraska Omaha for 1 year. Afterwards Brainard served 5 years in the United States Air Force Band stationed at Offutt AFB in Omaha, NE, before moving to Nashville, Tennessee in 1999.

In 2008, friend musician Jerrod Niemann sought production services from Dave Brainard to produce record "Judge Jerrod & the Hung Jury". [4] The album was signed by Joe Galante to Arista Nashville as a completed work and went on to debut at No. 1 on the country albums chart.

In 2011 Dave Brainard and deciBel Nashville produced highly acclaimed album “Twelve Stories” with Brandy Clark. "Twelve Stories" would go on to receive a Metacritic score of ‘universal praise’ and national critics (Rolling Stone, [9] SPIN Magazine, [10] NY Magazine [11] ) have recognized “Twelve Stories” as “one of the Best Country Albums released in 2013.”

In September 2015, Brainard was hospitalized after being found unconscious with a broken jaw and missing teeth following an attack by an unknown assailant on Demonbreun Street in Nashville. [12]

Carlton Ray Scott Jr. is an American country music artist. He first gained attention in 2005 with his debut album My Kind of Music, and has since released five albums and two EPS.

Frank Mandeville Rogers V is an American record producer, songwriter, music publisher and session musician. In 1990, Rogers moved to Nashville, attending Belmont University and graduating with a Music Business degree. While at Belmont, he met friend and future collaborator Brad Paisley. After graduation, Rogers went to work for EMI Nashville Productions and opened up Sea Gayle Music Publishing with Paisley and Chris DuBois. The successful publishing company, has over 300 cuts and 28 number one songs. The three business partners, in late 2009, also teamed up with Sony Nashville to form Sea Gayle Records, with a roster that includes Jerrod Niemann.

Jerrod Lee Niemann is an American country music singer and songwriter. He has released one single for Category 5 Records (2006), three albums for Sea Gayle Music/Arista Nashville: Judge Jerrod & the Hung Jury (2010), Free the Music (2012), and High Noon (2014), and his latest single "God Made a Woman" for Curb Records. These albums have produced a combined ten Top 40 entries on the Hot Country Songs and Country Airplay charts, including the Platinum Number 1 singles "Lover, Lover" and "Drink to That All Night" and Gold Top 5 single "What Do You Want". He has also co-written three singles for Garth Brooks: the chart topping Chris LeDoux tribute "Good Ride Cowboy", as well as "That Girl Is a Cowboy" and "Midnight Sun". Jamey Johnson, Lee Brice, Blake Shelton, Colbie Caillat, Diamond Rio, The Cadillac Three, Mark Chesnutt, John Anderson, Neal McCoy, Christian Kane, and Julie Roberts have also recorded Niemann's songs. Niemann has also appeared as a guest artist on The Doobie Brothers’ 2014 album, Southbound. As a singer and songwriter, Niemann has sold over 20 million albums and downloads.

"You Don't Treat Me No Good" is a song recorded by American soul group Sonia Dada. Released in 1992 as the group's debut single, the song reached number two in New Zealand and became a number-one hit in Australia, spending four weeks atop the ARIA Singles Chart and ending 1993 as the nation's third-best-selling hit. Eighteen years later, country music singer Jerrod Niemann released a cover version under the title "Lover, Lover", and his version reached number one on the US Hot Country Songs chart.

Sea Gayle Music is an independent music publishing company based in Nashville, Tennessee in the United States. It was formed in 1999 by songwriter Chris DuBois, songwriter/producer Frank Rogers, and songwriter/artist Brad Paisley. In 2010 and 2011, Sea Gayle Music was named ASCAP Country Publisher of the Year. This was the first time since 1982 that an independent music publishing company has won this award. 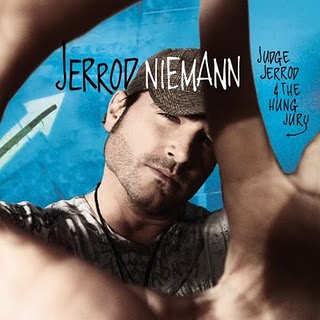 Judge Jerrod & the Hung Jury is the third studio album by American country music singer Jerrod Niemann. It was released July 13, 2010 via Sea Gayle Music and Arista Nashville. It is his first major-label album, following two self-released albums and an unreleased compilation for Category 5 Records. The album contains the number-one single "Lover, Lover" and the top five hit "What Do You Want".

Edens Edge was an American country music group founded by Hannah Blaylock, Dean Berner, and Cherrill Green. The band was signed to Big Machine Records, which released their self-titled debut album. It included the singles "Amen" and "Too Good to Be True". In March 2013, Blaylock left the group. 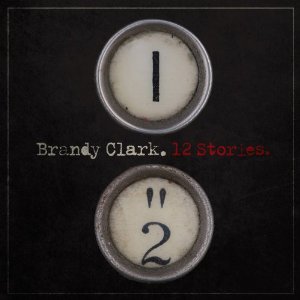 12 Stories is the debut studio album by American country music singer-songwriter Brandy Clark, released on October 22, 2013, through Slate Creek Records. Clark wrote or co-wrote all 12 of the songs and it features Vince Gill on background vocals. The songs on the album are mostly ones which were admired by, but not recorded by, other artists, possibly due to the provocative storytelling and their content, which is a Clark trademark. Two of the album's tracks were previously recorded by other artists: "Crazy Women" was a Top 40 hit on the Billboard Hot Country Songs chart for LeAnn Rimes as the second single from her 2011 album, Lady & Gentlemen, and "The Day She Got Divorced" was previously recorded by Reba McEntire for her 2010 album, All the Women I Am.

Free the Music is the fourth and second major-label studio album by American country music artist Jerrod Niemann. It was released on October 2, 2012 via Sea Gayle Music and Arista Nashville. Niemann co-produced the album and wrote or co-wrote all twelve tracks. The album features a duet with Colbie Caillat, "All About You."

Joe Denim is an American comedian/singer/songwriter/personality/host who co-wrote the hit song "Pray for You" by Jaron & the Long Road to Love in 2009 which reached the Top 15 on the Billboard Hot Country Songs charts. In 2017, Denim’s Hillbilly Soap Opera record broke the Top 10 on Billboard, peaking at #6 on the Country Catalog Albums. He’s played keys for Jack Ingram, Jaron & Long Road to Love, Uncle Kracker, Joe Diffie & Jerrod Niemann, Buddy Jewell (2003), Steve Holy and Trent Tomlinson .

"Friday Night" is a song written by Eric Paslay, Rose Falcon and Rob Crosby. It was originally recorded by American country music trio Lady Antebellum on their 2011 album Own the Night. It was later recorded by Paslay in 2013 as his third single for EMI Nashville, and as a song on his self-titled debut album in 2014. 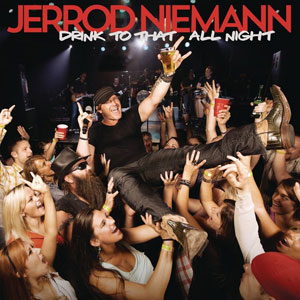 "Drink to That All Night" is a song recorded by American country music artist Jerrod Niemann. It was released in October 2013 as the first single from his third studio album. The album, High Noon, was released on March 25, 2014. The song was written by Derek George, Lance Miller, and Brad and Brett Warren.

High Noon is the fifth and third major-label studio album by American country music artist Jerrod Niemann. It was released on March 25, 2014 via Sea Gayle Music and Arista Nashville. The album includes Jerrod's second number one hit "Drink to That All Night," as well as a collaboration with Colt Ford.

Slate Creek Records is an American independent record label based in Frisco, Texas founded in 2012 by Jim Burnett. The label's President is longtime Nashville producer Garth Fundis, who has worked with many artists including Don Williams, Trisha Yearwood, Keith Whitley and Sugarland. The first release on the label was "Pride" by Neal McCoy. Pride: A Tribute to Charley Pride was a tribute album to artist Charley Pride which featured guest performances by Darius Rucker and Trace Adkins. 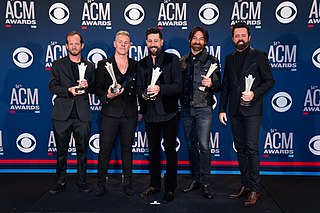 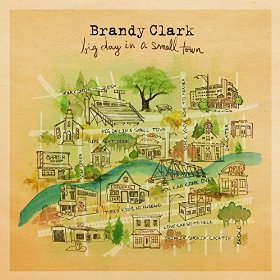 John David Willis is an American guitarist and songwriter. He is best known for work as a session musician and as a songwriter for television and the video game industry.