Spin (often stylized in all caps) is an American music magazine founded in 1985 by publisher Bob Guccione, Jr. The magazine stopped running in print in 2012 and currently runs as a webzine, [1] owned by NEXT Management.

Spin was established in 1985. [2] In its early years, the magazine was known for its narrow music coverage with an emphasis on college rock, grunge, indie rock, and the ongoing emergence of hip-hop, while virtually ignoring other genres, such as country, and metal. It pointedly provided a national alternative to Rolling Stone's more establishment-oriented style. Spin prominently placed newer artists such as R.E.M., Prince, Run-D.M.C., Eurythmics, Beastie Boys, and Talking Heads on its covers and did lengthy features on established figures such as Duran Duran, Bob Dylan, Keith Richards, Miles Davis, Aerosmith, Lou Reed, Tom Waits, and John Lee Hooker [3] —Bart Bull's article on Hooker won the magazine its first major award.[ citation needed ]

On a cultural level, the magazine devoted significant coverage to punk, alternative country, electronica, reggae and world music, experimental rock, jazz of the most adventurous sort, burgeoning underground music scenes, and a variety of fringe styles. Artists such as the Ramones, Patti Smith, Blondie, X, Black Flag, and the former members of the Sex Pistols, The Clash, and the early punk and New Wave movements were heavily featured in Spin's editorial mix. Spin's extensive coverage of hip-hop music and culture, especially that of contributing editor John Leland, was notable at the time.[ citation needed ]

In late 1987, publisher Bob Guccione Jr.'s father, Bob Guccione Sr., abruptly shut the magazine down despite the fact that the two-year-old magazine was widely considered a success, with a newsstand circulation of 150,000.[ citation needed ] Guccione Jr. was able to rally much of his staff, partner with former MTV president and David H. Horowitz, locate additional new investors and offices and after missing a month's publication, returned with a combined November–December issue. During this time, it was published by Camouflage Associates. In 1997, Guccione sold Spin to Miller Publishing.[ citation needed ]

In 1994, two journalists working for the magazine were killed by a landmine while reporting on the Bosnian War in Bosnia and Herzegovina. A third, William T. Vollmann, was injured.

In February 2006, Miller Publishing sold the magazine to a San Francisco-based company called the McEvoy Group LLC, which was also the owner of Chronicle Books. [4] That company formed Spin Media LLC as a holding company. The new owners replaced editor-in-chief (since 2002) Sia Michel with Andy Pemberton, a former editor at Blender . The first issue to be published under his brief command was the July 2006 issue—sent to the printer in May 2006—which featured Beyoncé on the cover. Pemberton and Spin parted ways the next month, in June 2006. The following editor, Doug Brod, was executive editor during Michel's tenure.[ citation needed ]

For Spin's 20th anniversary, it published a book chronicling the prior two decades in music. The book has essays on grunge, Britpop, and emo, among other genres of music, as well as pieces on musical acts including Marilyn Manson, Tupac Shakur, R.E.M., Nirvana, Weezer, Nine Inch Nails, Limp Bizkit, and the Smashing Pumpkins. In February 2012, Spin relaunched the magazine in a larger, bi-monthly format and expanded its online presence, which covered reviews, extended editorials, interviews, and features on up-and-coming talent.[ citation needed ]

In 2011, Caryn Ganz became editor. In July 2012, Spin was sold to Buzzmedia, which eventually renamed itself SpinMedia. [5] The September/October 2012 issue of Spin was the magazine's last print edition. [6]

In December 2016, Eldridge Industries acquired SpinMedia via the Hollywood Reporter-Billboard Media Group for an undisclosed amount. [7]

In 1995, Spin produced its first book, entitled Spin Alternative Record Guide. [8] It compiled writings by 64 music critics on recording artists and bands relevant to the alternative music movement, with each artist's entry featuring their discography and albums reviewed and rated a score between one and ten. [9] According to Pitchfork Media's Matthew Perpetua, the book featured "the best and brightest writers of the 80s and 90s, many of whom started off in zines but have since become major figures in music criticism," including Rob Sheffield, Byron Coley, Ann Powers, Simon Reynolds, and Alex Ross. Although the book was not a sales success, "it inspired a disproportionate number of young readers to pursue music criticism." [10] After the book was published, its entry on 1960s folk artist John Fahey, written by Byron Coley, helped renew interest in Fahey's music, leading to interest from record labels and the alternative music scene. [11]

Contributors to Spin have included:

Single of the Year

Note: The 2000 album of the year was awarded to "your hard drive", acknowledging the impact that filesharing had on the music listening experience in 2000. [12] Kid A was listed as number 2, the highest ranking given to an actual album. 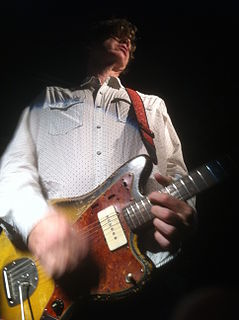 Thurston Joseph Moore is an American musician best known as a member of Sonic Youth. He has also participated in many solo and group collaborations outside Sonic Youth, as well as running the Ecstatic Peace! record label. Moore was ranked 34th in Rolling Stone's 2004 edition of the "100 Greatest Guitarists of All Time." In May 2012, Spin published a staff-selected list of the top 100 rock guitarists, and ranked Moore and his Sonic Youth bandmate Lee Ranaldo together at number 1. 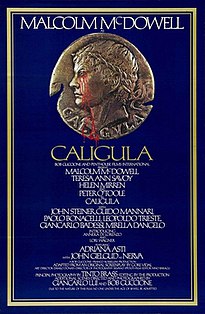 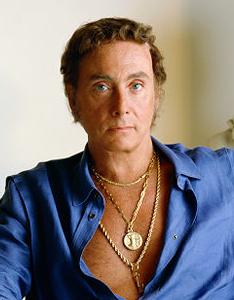 Omni was a science and science fiction magazine published in the US and the UK. It contained articles on science, parapsychology, and short works of science fiction and fantasy. It was published as a print version between October 1978 and 1995. The first Omni e-magazine was published on CompuServe in 1986 and the magazine switched to a purely online presence in 1996. It ceased publication abruptly in late 1997, following the death of co-founder Kathy Keeton; activity on the magazine's website ended the following April. 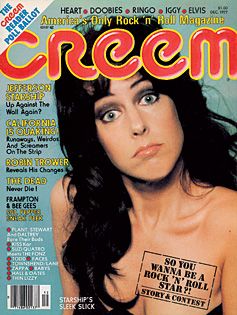 Creem was a monthly American music magazine, based in Detroit, whose main print run lasted from 1969 to 1989. It billed itself as "America's Only Rock 'n' Roll Magazine". It was first published in March 1969 by Barry Kramer and founding editor Tony Reay. Influential critic Lester Bangs served as the magazine's editor from 1971 to 1976. It suspended production in 1989 but attained a short-lived renaissance in the early 1990s as a glossy tabloid.

Vibe is an American music and entertainment magazine founded by producers David Salzman and Quincy Jones. The publication predominantly features R&B and hip hop music artists, actors and other entertainers. After shutting down production in the summer of 2009, it was purchased by the private equity investment fund InterMedia Partners, then issued bi-monthly with double covers and a larger online presence. The magazine's target demographic is predominantly young, urban followers of hip hop culture. In 2014, it discontinued its print version.

Philadelphia City Paper was an alternative weekly newspaper in Philadelphia, Pennsylvania. The independently owned paper was free and published every Thursday in print and daily online at citypaper.net. Staff reporters focused on labor issues, politics, education and poverty. Critics reviewed the city's arts, entertainment, literary and restaurant scene. Listings of concerts, art exhibits, dance performances and other events were carried in the paper and in a comprehensive online events calendar. 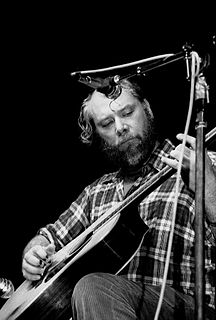 John Aloysius Fahey was an American fingerstyle guitarist and composer who played the steel-string acoustic guitar as a solo instrument. His style has been enormously influential and has been described as the foundation of the genre of American primitive guitar, a term borrowed from painting and referring mainly to the self-taught nature of the music and its minimalist style. Fahey borrowed from the folk and blues traditions in American roots music, having compiled many forgotten early recordings in these genres. He would later incorporate 20th-century classical, Portuguese, Brazilian, and Indian influences into his work.

Byron Coley is an American music critic who wrote prominently for Forced Exposure magazine in the 1980s, from the fifth issue until the magazine ceased publication in 1993. Prior to Forced Exposure, he wrote for New York Rocker, Boston Rock, and Take It! Coley is one of the first writers to have extensively documented indie rock from its inception to the present day. Coley was a contributing writer and the Underground Editor at Spin in the 1980s and '90s, and currently writes for Wire and Arthur with Thurston Moore. He also runs Ecstatic Yod, a record label and shop based in Florence, Massachusetts. 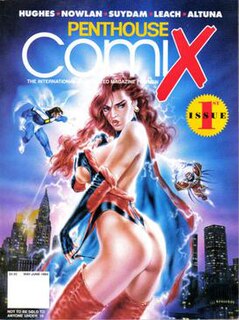 SpinMedia was an American digital publisher which owned a number of pop culture websites, including Spin, Stereogum, Vibe, and The Frisky.

Chikita Violenta is a Mexican indie rock band from Mexico City. The band members are Luis Arce, Andrés Velasco, Esteban Suárez and Armando David. They all met in high school between 1994 and 1997. Since the beginning of the band, Chikita Violenta looked for a sound close to the college rock, which can be related to bands such as Pavement, Sonic Youth, Built To Spill and Tortoise. 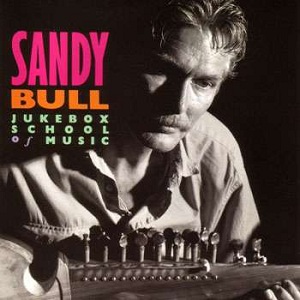 Jukebox School of Music is the fifth album by folk guitarist Sandy Bull, released in 1988 through ROM Records. It was his first release in over fifteen years. 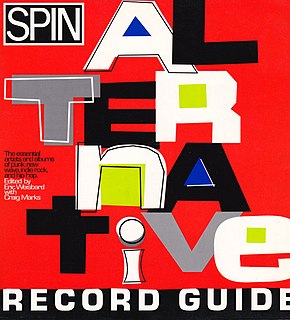 The Spin Alternative Record Guide is a music reference book compiled by the American music magazine Spin and published in 1995 by Vintage Books. It was edited by rock critic Eric Weisbard and Craig Marks, who was the magazine's editor-in-chief at the time. The book features essays and reviews from a number of prominent critics on albums, artists, and genres considered relevant to the alternative music movement. Contributors who were consulted for the guide include Ann Powers, Rob Sheffield, Simon Reynolds, and Michael Azerrad.