Holding companies are also created to hold assets such as intellectual property or trade secrets, that are protected from the operating company. That creates a smaller risk when it comes to litigation.

In the United States, 80% of stock, in voting and value, must be owned before tax consolidation benefits such as tax-free dividends can be claimed. [3] That is, if Company A owns 80% or more of the stock of Company B, Company A will not pay taxes on dividends paid by Company B to its stockholders, as the payment of dividends from B to A is essentially transferring cash within a single enterprise. Any other shareholders of Company B will pay the usual taxes on dividends, as they are legitimate and ordinary dividends to these shareholders.

Sometimes, a company intended to be a pure holding company identifies itself as such by adding "Holding" or "Holdings" to its name. [4] [5]

The parent company–subsidiary company relationship is defined by Part 1.2, Division 6, Section 46 of the Corporations Act 2001 (Cth), which states: [6]

Toronto-based lawyer Michael Finley has stated, "The emerging trend that has seen international plaintiffs permitted to proceed with claims against Canadian parent companies for the allegedly wrongful activity of their foreign subsidiaries means that the corporate veil is no longer a silver bullet to the heart of a plaintiff's case." [7]

The parent subsidiary company relationship is defined by Part 1, Section 5, Subsection 1 of the Companies Act, which states: [8]

5.—(1) For the purposes of this Act, a corporation shall, subject to subsection (3), be deemed to be a subsidiary of another corporation, if —

(a) that other corporation —

(i) controls the composition of the board of directors of the first-mentioned corporation; or

In the United Kingdom, it is generally held that an organisation holding a 'controlling stake' in a company (a holding of over 51% of the stock) is in effect the de facto parent company of the firm, having overriding material influence over the held company's operations, even if no formal full takeover has been enacted. Once a full takeover or purchase is enacted, the held company is seen to have ceased to operate as an independent entity but to have become a tending subsidiary of the purchasing company, which, in turn, becomes the parent company of the subsidiary. (A holding below 50% could be sufficient to give a parent company material influence if they are the largest individual shareholder or if they are placed in control of the running of the operation by non-operational shareholders.) [9] [10]

After the financial crisis of 2007–08, many U.S. investment banks converted to holding companies. According to the Federal Financial Institutions Examination Council's (FFIEC) website, JPMorgan Chase, Bank of America, Citigroup, Wells Fargo, and Goldman Sachs were the five largest bank holding companies in the finance sector, as of 31 December 2013, based on total assets. [12]

The Public Utility Holding Company Act of 1935 in the United States caused many energy companies to divest their subsidiary businesses. Between 1938 and 1958 the number of holding companies declined from 216 to 18. [13] An energy law passed in 2005 removed the 1935 requirements, and has led to mergers and holding company formation among power marketing and power brokering companies. [14]

In US broadcasting, many major media conglomerates have purchased smaller broadcasters outright, but have not changed the broadcast licenses to reflect this, resulting in stations that are (for example) still licensed to Jacor and Citicasters, effectively making them such as subsidiary companies of their owner iHeartMedia. This is sometimes done on a per-market basis. For example, in Atlanta both WNNX and later WWWQ are licensed to "WNNX LiCo, Inc." (LiCo meaning "license company"), both owned by Susquehanna Radio (which was later sold to Cumulus Media). In determining caps to prevent excessive concentration of media ownership, all of these are attributed to the parent company, as are leased stations, as a matter of broadcast regulation.

When an existing company establishes a new company and keeps majority shares with itself, and invites other companies to buy minority shares, it is called a parent company. A parent company could simply be a company that wholly owns another company, which is then known as a "wholly owned subsidiary". 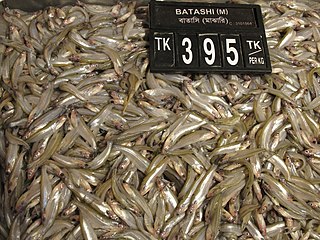 Business is the activity of making one's living or making money by producing or buying and selling products. It is also "any activity or enterprise entered into for profit."

A dividend tax is a tax imposed by a jurisdiction on dividends paid by a corporation to its shareholders (stockholders). The primary tax liability is that of the shareholder, though a tax obligation may also be imposed on the corporation in the form of a withholding tax. In some cases the withholding tax may be the extent of the tax liability in relation to the dividend. A dividend tax is in addition to any tax imposed directly on the corporation on its profits. Some jurisdictions do not tax dividends. 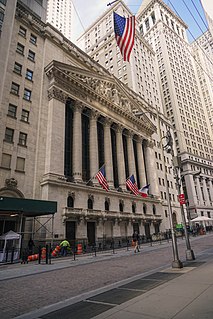 A subsidiary, subsidiary company or daughter company is a company owned or controlled by another company, which is called the parent company or holding company. Two or more subsidiaries that either belong to the same parent company or having a same management being substantially controlled by same entity/group are called sister companies. Sister Concern is not a legal term and it is not necessary for owners of the company to be same in sister concern company.

Controlled foreign corporation (CFC) rules are features of an income tax system designed to limit artificial deferral of tax by using offshore low taxed entities. The rules are needed only with respect to income of an entity that is not currently taxed to the owners of the entity. Generally, certain classes of taxpayers must include in their income currently certain amounts earned by foreign entities they or related persons control.

A corporate tax, also called corporation tax or company tax, is a direct tax imposed on the income or capital of corporations or analogous legal entities. Many countries impose such taxes at the national level, and a similar tax may be imposed at state or local levels. The taxes may also be referred to as income tax or capital tax. A country's corporate tax may apply to:

Demutualization is the process by which a customer-owned mutual organization (mutual) or co-operative changes legal form to a joint stock company. It is sometimes called stocking or privatization. As part of the demutualization process, members of a mutual usually receive a "windfall" payout, in the form of shares in the successor company, a cash payment, or a mixture of both. Mutualization or mutualisation is the opposite process, wherein a shareholder-owned company is converted into a mutual organization, typically through takeover by an existing mutual organization. Furthermore, re-mutualization depicts the process of aligning or refreshing the interest and objectives of the members of the mutual society.

Dividend imputation is a corporate tax system in which some or all of the tax paid by a company may be attributed, or imputed, to the shareholders by way of a tax credit to reduce the income tax payable on a distribution. In comparison to the classical system, it reduces or eliminates the tax disadvantages of distributing dividends to shareholders by only requiring them to pay the difference between the corporate rate and their marginal tax rate. The imputation system effectively taxes distributed company profit at the shareholders' average tax rates.

In business, consolidation or amalgamation is the merger and acquisition of many smaller companies into a few much larger ones. In the context of financial accounting, consolidation refers to the aggregation of financial statements of a group company as consolidated financial statements. The taxation term of consolidation refers to the treatment of a group of companies and other entities as one entity for tax purposes. Under the Halsbury's Laws of England, 'amalgamation' is defined as "a blending together of two or more undertakings into one undertaking, the shareholders of each blending company, becoming, substantially, the shareholders of the blended undertakings. There may be amalgamations, either by transfer of two or more undertakings to a new company or the transfer of one or more companies to an existing company".

Income taxes in Canada constitute the majority of the annual revenues of the Government of Canada, and of the governments of the Provinces of Canada. In the fiscal year ending 31 March 2018, the federal government collected just over three times more revenue from personal income taxes than it did from corporate income taxes.

A squeeze-out or squeezeout, sometimes synonymous with freeze-out, is the compulsory sale of the shares of minority shareholders of a joint-stock company for which they receive a fair cash compensation.

A concern is a type of business group common in Europe, particularly in Germany. It results from the merger of several legally independent companies into a single economic entity under unified management.