Drag-along right (DAR) is a legal concept in corporate law.

Tag-along right (TAR) is a legal concept in corporate law.

In most jurisdictions drag-along and tag-along rights are not statutory rights and will need to be included in the shareholders agreement or articles of association of the company. The provisions will typically specify the percentage of shareholders required for triggering the drag-along right.

A pre-emption right, right of pre-emption, or first option to buy is a contractual right to acquire certain property newly coming into existence before it can be offered to any other person or entity. It comes from the Latin verb emo, emere, emi, emptum, to buy or purchase, plus the inseparable preposition pre, before. A right to acquire existing property in preference to any other person is usually referred to as a right of first refusal.

Ownership is the state or fact of exclusive rights and control over property, which may be an object, land or real estate, or intellectual property. Ownership involves multiple rights, collectively referred to as title, which may be separated and held by different parties. 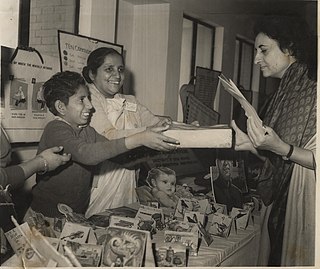 Acceptance in human psychology is a person's assent to the reality of a situation, recognizing a process or condition without attempting to change it or protest it. The concept is close in meaning to acquiescence, derived from the Latin acquiēscere.

Fractional ownership is a method in which several unrelated parties can share in, and mitigate the risk of, ownership of a high-value tangible asset, usually a jet, yacht or piece of resort real estate. It can be done for strictly monetary reasons, but typically there is some amount of personal access involved. One of the main motivators for a fractional purchase is the ability to share the costs of maintaining an asset that will not be used full-time by one owner.

Project finance is the long-term financing of infrastructure and industrial projects based upon the projected cash flows of the project rather than the balance sheets of its sponsors. Usually, a project financing structure involves a number of equity investors, known as 'sponsors', a 'syndicate' of banks or other lending institutions that provide loans to the operation. They are most commonly non-recourse loans, which are secured by the project assets and paid entirely from project cash flow, rather than from the general assets or creditworthiness of the project sponsors, a decision in part supported by financial modeling. The financing is typically secured by all of the project assets, including the revenue-producing contracts. Project lenders are given a lien on all of these assets and are able to assume control of a project if the project company has difficulties complying with the loan terms.

Piggy-back applies to contractual agreements in law, more specifically shareholder selling rights. To apply, a piggy-back clause must be included in a corporation's shareholder agreement, which is part of the incorporation materials.

The stock of a corporation is all of the shares into which ownership of the corporation is divided. In American English, the shares are commonly known as "stocks". A single share of the stock represents fractional ownership of the corporation in proportion to the total number of shares. This typically entitles the stockholder to that fraction of the company's earnings, proceeds from liquidation of assets, or voting power, often dividing these up in proportion to the amount of money each stockholder has invested. Not all stock is necessarily equal, as certain classes of stock may be issued for example without voting rights, with enhanced voting rights, or with a certain priority to receive profits or liquidation proceeds before or after other classes of shareholders.

Minority discount is an economic concept reflecting the notion that a partial ownership interest may be worth less than its proportional share of the total business. The concept applies to equities with voting power because the size of voting position provides additional benefits or drawbacks. For example, ownership of a 51% share in the business is usually worth more than 51% of its equity value—this phenomenon is called the premium for control. Conversely, ownership of a 30% share in the business may be worth less than 30% of its equity value. This is so because this minority ownership limits the scope of control over critical aspects of the business. Share prices of public companies usually reflect the minority discount. This is why take-private transactions involve a substantial premium over recently quoted prices.