Conglomerate discount is an economic concept describing a situation when the stock market values a diversified group of businesses and assets at less than the sum of its parts. [1] The explanation of this phenomenon comes from a conglomerate's inability to manage various and different businesses as well as do focused companies. Therefore, the market penalizes a multi-division firm and attaches a lower multiple to its earnings and cash flows, thus creating the discount. However, the opposite concept, called conglomerate premium, also exists. [2]

In the developed economies, the average value of the discount may be 13–15% relative to single-segment competitors. [3] Because of the discount, conglomerates have become much less common in the developed markets than they once were. Only several star performers, such as Berkshire Hathaway, have managed to escape the market’s critical assessment of overdiversification. However, conglomerates are still common in a number of emerging markets. The conglomerate discount is substantially bigger in the U.S. and Western Europe than is in Asian countries. This situation may be explained by the fact that in Asian countries a big conglomerate with political connections and an understanding of how to operate in a difficult market can spread its expertise across many industries. In fact, there is a conglomerate premium of 10.9% in Latin America, according to Citigroup. This may be the reason why, in some markets, conglomerates are becoming even larger and more diversified. For example, Samsung Electronics is moving into pharmaceuticals. [4]

The conglomerate discount is usually calculated by adding estimations of the intrinsic values of each of the subsidiary companies in a conglomerate and subtracting the conglomerate's market capitalization from that sum. [5] See Sum-of-the-parts analysis.

Deconglomeration and focusing on one or a few businesses via various corporate restructurings may remove such discount and get better value recognition for each of the parts and may also help each business pursue independent strategies. Therefore, identifying and removing a conglomerate discount may be a profitable investment strategy. Recent examples of Deconglomeration in the US include ITT, Motorola, Fortune Brands, Marathon Oil, Genworth, and Sara Lee Corporation. The results have generally been quite positive. For example, ITT’s shares went up by some 11% on the breakup announcement, creating roughly $1B in value. [6]

In finance, discounted cash flow (DCF) analysis is a method of valuing a security, project, company, or asset using the concepts of the time value of money. Discounted cash flow analysis is widely used in investment finance, real estate development, corporate financial management and patent valuation. It was used in industry as early as the 1700s or 1800s, widely discussed in financial economics in the 1960s, and became widely used in U.S. courts in the 1980s and 1990s.

A conglomerate is a multi-industry company – i.e., a combination of multiple business entities operating in entirely different industries under one corporate group, usually involving a parent company and many subsidiaries. Conglomerates are always large and multinational. 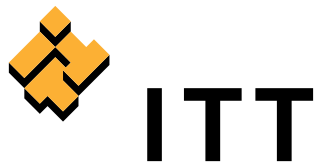 Economies of scope are "efficiencies formed by variety, not volume". In economics, "economies" is synonymous with cost savings and "scope" is synonymous with broadening production/services through diversified products. Economies of scope is an economic theory stating that average total cost of production decrease as a result of increasing the number of different goods produced. For example, a gas station that sells gasoline can sell soda, milk, baked goods, etc. through their customer service representatives and thus gasoline companies achieve economies of scope.

Business valuation is a process and a set of procedures used to estimate the economic value of an owner's interest in a business. Here various valuation techniques are used by financial market participants to determine the price they are willing to pay or receive to effect a sale of the business. In addition to estimating the selling price of a business, the same valuation tools are often used by business appraisers to resolve disputes related to estate and gift taxation, divorce litigation, allocate business purchase price among business assets, establish a formula for estimating the value of partners' ownership interest for buy-sell agreements, and many other business and legal purposes such as in shareholders deadlock, divorce litigation and estate contest.

A corporate spin-off, also known as a spin-out, or starburst or hive-off, is a type of corporate action where a company "splits off" a section as a separate business or creates a second incarnation, even if the first is still active.

A control premium is an amount that a buyer is sometimes willing to pay over the current market price of a publicly traded company in order to acquire a controlling share in that company.

Corporate synergy refers to a financial benefit that a corporation expects to realize when it merges with or acquires another corporation. Corporate synergy occurs when corporations interact congruently with one another, creating additional value. Synergies are divided into two groups: operational and financial. Seeking for synergies is a nearly ubiquitous feature and motivation of corporate mergers and acquisitions and is an important negotiating point between the buyer and seller that impacts the final price both parties agree to. The synergy value should not be confused with the control premium; these metrics should be calculated separately.

Future Group is an Indian conglomerate, founded by Kishore Biyani and headquartered in Mumbai, Maharashtra, India. The company is known for having a significant prominence in Indian retail and fashion sectors, with popular supermarket chains like Big Bazaar and Food Bazaar, lifestyle stores like Brand Factory, Central, etc. The group also has a notable presence in integrated foods and FMCG manufacturing sectors. Future Retail Limited and Future Lifestyle Fashions Limited, two operating companies of Future Group, are among the top retail companies listed in BSE with respect to assets, and in National Stock Exchange of India to market capitalisation.

Sum of the parts analysis (SOTP), or break-up analysis, is a method of valuation of a multi-divisional company, holding company, or a conglomerate. The essence of the method is to determine what divisions would be worth if the conglomerate is broken up and spun off or acquired by another company; see Conglomerate discount. The analysis calculates a range of values for a conglomerate's equity by summing the value of its individual business segments or divisions to get the total conglomerate's enterprise value. The equity value is then calculated by subtracting net debt and other non-operating adjustments. 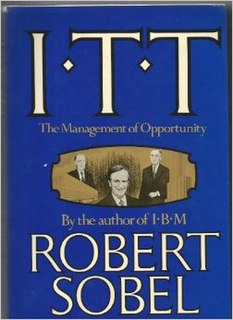 ITT: The Management of Opportunity is a non-fiction book about ITT Corporation by American business writer and historian Robert Sobel. The book was initially published by Times Books in 1982.

Minority discount is an economic concept reflecting the notion that a partial ownership interest may be worth less than its proportional share of the total business. The concept applies to equities with voting power because the size of voting position provides additional benefits or drawbacks. For example, ownership of a 51% share in the business is usually worth more than 51% of its equity value—this phenomenon is called the premium for control. Conversely, ownership of a 30% share in the business may be worth less than 30% of its equity value. This is so because this minority ownership limits the scope of control over critical aspects of the business. Share prices of public companies usually reflect the minority discount. This is why take-private transactions involve a substantial premium over recently quoted prices.