David Ashley Connell (born 7 September 1955) is an Australian cinematographer with a career of over 25 years of cinematographic work in films and television to date.

Connell got his first Super 8 film camera at the age of 12, given to him by his father, sparking an interest in film. In 1972, at the age of 17, Connell became a camera assistant for an Australian news channel. Connell joined Crawford Productions the next year, where he became a camera loader and focus puller, [1] and joined the Australian Cinematographers Society in 1988.

He currently resides in Brighton, Victoria, Australia with his wife Anne. [2]

Timothy Suhrstedt, ASC is an American cinematographer. He is best known for his work on comedies Little Miss Sunshine, Office Space and The Wedding Singer. 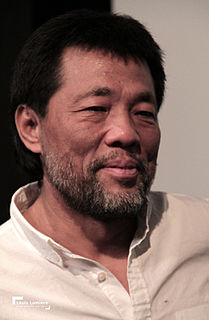 Richard Halsey is an American film editor with more than 60 credits from 1970 onwards. An alumnus of Hollywood High School, he won an Academy Award for Best Film Editing at the 49th Academy Awards for editing Rocky with Scott Conrad and has been nominated for one BAFTA and one Emmy Award. He often works with his wife Colleen and they are credited together. Both have been elected to membership in American Cinema Editors (A.C.E.); Halsey has been a member since 1988. He is now living in the Hollywood Hills.

Ernie Clark, A.C.S. is an Australian cinematographer known for the feature films Peaches, Run Chrissie Run! and Robbery Under Arms. He is currently President of the South Australian Branch of the Australian Cinematographers Society and Assistant Treasurer on the Federal Executive. He was inducted into the A.C.S. Hall of Fame in 2006.

Jayanan Vincent is an Indian cinematographer. He is the son of cinematographer and director, A. Vincent, and elder brother to Ajayan Vincent. He is known for his work in Malayalam, Tamil, Telugu, and Hindi films and he is a member of the Indian Society of Cinematographers (ISC).