David M. Allen (born 26 June 1953) is an English record producer, engineer and mixer. He is mostly known for his work with new wave, synthpop and goth rock bands including the Cure, [2] the Sisters of Mercy, the Chameleons, Depeche Mode, the Mission, [3] the Associates, the Human League, Clan of Xymox, [4] Gianna Nannini, Shelleyan Orphan and others. He also produced Neneh Cherry's [2] hit album Man .

He created Blank Multimedia in 1994 operating from the home of XFM during 1995–1997, designed websites for Chrysalis and Rough Trade Records, and made an interactive cross-platform CD+ featuring The Plunge Club with music from Andy M. Wright. Blank organised a 24-hour Internet art gallery, groundbreaking for its time.

Suicide was an American musical duo composed of vocalist Alan Vega and instrumentalist Martin Rev, intermittently active between 1970 and 2016. The group's pioneering music utilized minimalist electronic instrumentation, including synthesizers and primitive drum machines, and their early performances were confrontational and often ended in violence. They were among the first acts to use the phrase "punk music" in an advertisement for a concert in 1970.

Michel Amato, better known by his stage name The Hacker, is a French electroclash and techno producer who has worked extensively with Miss Kittin. His work has been influenced by electronic artists like Kraftwerk, new wave artists such as The Cure and Depeche Mode, as well as the French rave scene of the early 1990s. His artist name comes from the Jeff Mills' track of the same name.

Neneh Mariann Karlsson, better known as Neneh Cherry, is a Swedish singer-songwriter, rapper, occasional DJ and broadcaster. Her musical career started in London in the early 1980s, where she performed in a number of punk and post-punk bands in her youth, including The Slits and Rip Rig + Panic.

The 1993 Triple J Hottest 100, counted down in January 1994, was the first countdown of the most popular songs of the year, according to listeners of the Australian radio station Triple J. As opposed to previous incarnations of the poll where listeners could vote on any track or song, the 1993 poll was the first poll to restrict voting to tracks released in that year. About 50,000 votes were counted for this countdown.

Pink Turns Blue are a post-punk band from Berlin, Germany. Formed in 1985, they were part of the first generation of gothic rock in Germany, and released their first LP, If Two Worlds Kiss with a sound reminiscent of new wave with very dark undertones and use of synthesizers, and went to become part of the developing sub-genre of dark wave.

Jerry Wayne Hussey is an English musician who was born in Bristol, England. He is best known as the lead singer of The Mission, and the guitarist with The Sisters of Mercy.

Directors Label is a series of DVDs devoted to notable music video directors.

Rip Rig + Panic was an English post-punk band founded in 1980 and disbanded in 1983. The band was named after a jazz album of the same name by Roland Kirk. It was formed by Sean Oliver (bass), Mark Springer, Gareth Sager and Bruce Smith — the latter two formerly of The Pop Group) — with singer Neneh Cherry. Other members included saxophonist Flash, singer Andi Oliver, trumpeter David De Fries, and viola-player Sarah Sarhandi. 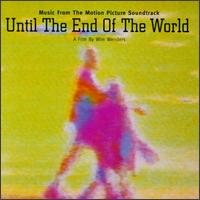 Until the End of the World: Music from the Motion Picture Soundtrack is a soundtrack album to the film of the same name, released in 1991 on Warner Bros. Records.

Rockpalast is a German music television show that broadcasts live on German television station Westdeutscher Rundfunk (WDR). Rockpalast started in 1974 and continues to this day. Hundreds of rock, heavy metal and jazz bands have performed on Rockpalast. Some acts were recorded for broadcast and for retail sale. All-night marathon shows called “Rock Night” (Rocknacht) were produced once or twice a year from 1977 through 1986 and simulcast throughout Europe via the Eurovision network of TV broadcasters, thereby reaching around 25 million listeners on average. Rockpalast is involved in several German pop, rock and underground music festivals, once sponsoring the Bizarre-Festival.

Nordic popular music, also referred to as Scandipop, are known for its biggest bands like ABBA, Roxette, A-ha, Michael Learns to Rock, Ace of Base, Fire Saga and Aqua. These are by far the biggest non-metal acts to come out of Sweden, Norway and Denmark. 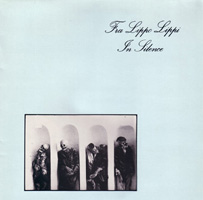 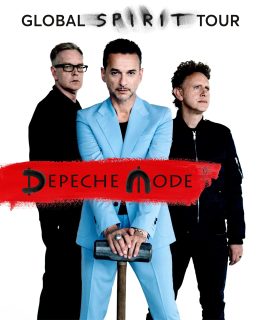 The Global Spirit Tour was a worldwide concert tour by English electronic music band Depeche Mode in support of the group's 14th studio album, Spirit. During the summer 2017, the band played to more than 3 million fans in total.