David Sepkoski, Ph.D. (born January 27, 1972) is an American science historian and college professor at the University of Illinois at Urbana-Champaign. [1]

Sepkoski was born in Cambridge, Massachusetts to paleontologist Jack Sepkoski. His stepmother is the paleomammologist Christine Janis. [2] He received his BA from Carleton College, his MA from the University of Chicago, and his doctoral degree in science history from the University of Minnesota. [1] His publications include three books, most recently Catastrophic Thinking, which deals with mass extinction events. [3]

Carthage College is a private liberal arts college affiliated with the Evangelical Lutheran Church in America and located in Kenosha, Wisconsin. It enrolls 2,600 full-time and 200 part-time students. 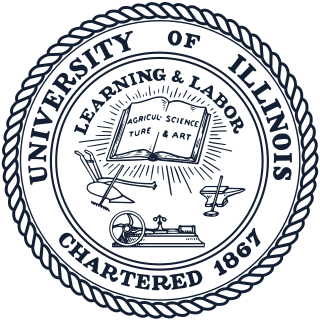 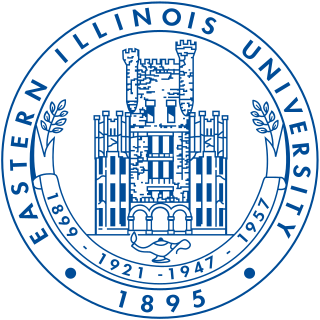 Joseph John Sepkoski Jr. was a University of Chicago paleontologist. Sepkoski studied the fossil record and the diversity of life on Earth. Sepkoski and David Raup contributed to the knowledge of extinction events. They suggested that the extinction of dinosaurs 66 mya was part of a cycle of mass extinctions that may have occurred every 26 million years.

David M. Raup was a University of Chicago paleontologist. Raup studied the fossil record and the diversity of life on Earth. Raup contributed to the knowledge of extinction events along with his colleague Jack Sepkoski. They suggested that the extinction of dinosaurs 66 mya was part of a cycle of mass extinctions that may have occurred every 26 million years. 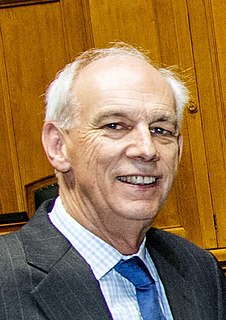 Robert Owen Keohane is an American academic, who, following the publication of his influential book After Hegemony (1984), became widely associated with the theory of neoliberal institutionalism, as well as transnational relations and world politics in international relations in the 1970s. He is currently a Professor of Political Science at the Princeton School of Public and International Affairs at Princeton University. A 2011 survey of International Relations scholars placed Keohane second in terms of influence and quality of scholarship in the last twenty years. According to the Open Syllabus Project, Keohane is the most frequently cited author on college syllabi for political science courses.

Stephen Guild Kurtz was an American academic and educator, who served as the eleventh principal of Phillips Exeter Academy.

Martin John Spencer Rudwick is a British geologist, historian, and academic. Rudwick is an emeritus professor of History at the University of California, San Diego and an affiliated research scholar at Cambridge University's Department of History and Philosophy of Science. His principal field of study is the history of the earth sciences; his work has been described as the "definitive histories of the pre-Darwinian earth sciences". Rudwick was an early scholar to critique the conflict thesis regarding religion and science.

Neil Shubin is an American paleontologist, evolutionary biologist and popular science writer. He is the Robert R. Bensley Professor of Organismal Biology and Anatomy, Associate Dean of Organismal Biology and Anatomy and Professor on the Committee of Evolutionary Biology at the University of Chicago along with being the Provost of the Field Museum of Natural History. He is best known for his co-discovery of Tiktaalik roseae with Ted Daeschler and Farish Jenkins.

Susan Buck-Morss is an American philosopher and intellectual historian. She is currently Professor of Political Science at the CUNY Graduate Center, and professor emeritus in the Government Department at Cornell University, where she taught from 1978 to 2012. Her interdisciplinary work involves but is not limited to the fields of Art History, Architecture, Comparative Literature, Cultural Studies, German studies, History, Philosophy, and Visual Studies. She has won a Getty Scholar Grant, a Fulbright Award, and a Guggenheim Fellowship for her work.

Loyola University Chicago is a private Catholic research university in Chicago, Illinois. Founded in 1870 by the Jesuits, Loyola is one of the largest Catholic universities in the United States. Loyola's professional schools include programs in medicine, nursing, and health sciences anchored by the Loyola University Medical Center.

Willis H. Flygare was an American physical chemist and professor at University of Illinois at Urbana–Champaign.

Donald Ross Prothero is an American geologist, paleontologist, and author who specializes in mammalian paleontology and magnetostratigraphy, a technique to date rock layers of the Cenozoic era and its use to date the climate changes which occurred 30-40 million years ago. He is the author or editor of more than 30 books and over 300 scientific papers, including at least 5+ geology textbooks.

Judith P. Klinman is an American chemist, biochemist, and molecular biologist known for her work on enzyme catalysis. She became the first female professor in the physical sciences at UC Berkeley in 1978. In 2012, she was awarded the National Medal of Science by President Barack Obama.

Philip W. Phillips is a theoretical condensed matter physicist at the University of Illinois at Urbana-Champaign. He has contributed to the studies of various topics in modern physics including high temperature superconductivy and gauge–gravity duality.