A defter (plural: defterler) was a type of tax register and land cadastre in the Ottoman Empire.

The information collected could vary, but tahrir defterleri typically included details of villages, dwellings, household heads (adult males and widows), ethnicity/religion (because these could affect tax liabilities/exemptions), and land use. [1] The defter-i hakâni was a land registry, also used for tax purposes. [2] Each town had a defter and typically an officiator or someone in an administrative role to determine whether the information should be recorded. The officiator was usually some kind of learned man who had knowledge of state regulations. The defter was used to record family interactions such as marriage and inheritance. [3] These records are useful for historians because such information allows for a more in-depth understanding of land ownership among Ottomans. This is particularly helpful when attempting to study the daily affairs of Ottoman citizens.

Some Ottoman officials responsible for these tax registries were known as defterdars .

Records of this kind are known as daftars in Northern India as well, for instance the Peshwa's daftar of Pune. [4]

The term is derived from Greek diphtheraδιφθέρα, literally 'processed animal skin, leather, fur', meaning a book, having pages of goat parchment [5] used along with papyrus as paper in Ancient Greece, borrowed into Arabic as دفتر:daftar, meaning book. The term diphtheria or diphtheritis, acute contagious disease caused by Corynebacterium diphtheriae (Klebs-Loffler bacillus), has the same origin.

The Treaty of Küçük Kaynarca, formerly often written Kuchuk-Kainarji, was a peace treaty signed on 21 July 1774, in Küçük Kaynarca between the Russian Empire and the Ottoman Empire, ending the Russo-Turkish War of 1768–74 with many concessions to Russia.

Metsovo is a town in Epirus, in the mountains of Pindus in northern Greece, between Ioannina to the west and Meteora to the east. 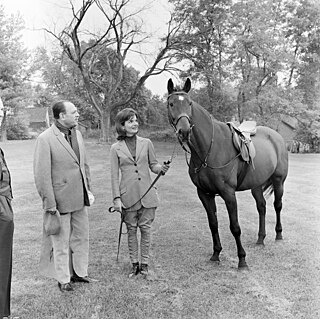 Sardar, also spelled as Sirdar, Sardaar, Shordar or Serdar, is a title of nobility that was originally used to denote princes, noblemen, and other aristocrats. It has also been used to denote a chief or leader of a tribe or group. It is used as a Persian synonym of the Arabic title Emir.

Giaour or Gawur meaning "infidel", a slur, historically used in the Ottoman Empire for non-Muslims or more particularly Christians in the Balkans.

Alexandreia or Alexandria (Greek: Αλεξάνδρεια, Aleksándreia [ale'ksaŋðria]; before 1953: Gidas is a city in the Imathia regional unit of Macedonia, Greece. Its population was 14,821 at the 2011 census. Alexandreia is a rapidly developing city focusing to boost its economy through agriculture, merchandising, alternative tourism and other alternative actions.

A timar was land granted by the Ottoman sultans between the fourteenth and sixteenth centuries, with a tax revenue annual value of less than 20,000 akçes. The revenues produced from land acted as compensation for military service. A Timar holder was known as a Timariot. If the revenues produced from the timar were from 20,000 to 100,000 akçes, the timar would be called zeamet, and if they were above 100,000 akçes, the land would be called hass.

The Ottoman persecution of Alevis is best known in connection with the Ottoman sultan Selim I's reign (1512–1520) and his war against the Safavids in 1514. But there are examples that indicate that there already existed problems with Alevi-like groups in the Ottoman Empire since the 14th century, The Alevis were generally persecuted for sympathizing in the negative role of Safavids.

The Ottoman Land Code of 1858 was the beginning of a systematic land reform programme during the Tanzimat (reform) period of the Ottoman Empire in the second half of the 19th century. This was followed by the 1873 land emancipation act.

Tekalif-i orfiye was a type of taxation in the Ottoman Empire.

İspençe was a tax levied on non-Muslims in the Ottoman Empire.

Avarız was a property tax in the Ottoman Empire, an annual cash tax paid by households registered in a defter.

The adet-i ağnam was an annual tax on sheep and goats in the Ottoman Empire. Initially, the tax was known as resm-i ağnam; the name changed around 1550.

Taxation in the Ottoman Empire changed drastically over time, and was a complex patchwork of different taxes, exemptions, and local customs.

The Resm-i Çift was a tax in the Ottoman Empire. It was a tax on farmland, assessed at a fixed annual rate per çift, and paid by land-owning Muslims. Some Imams and some civil servants were exempted from the resm-i çift.

The tapu resmi was a feudal land-registration tax in the Ottoman Empire.

The resm-i dönüm was a land tax in the Ottoman Empire; it was a divani tax paid each year to the landowner or timar holder, typically on 1 March

Merdiban was an accounting method used by the Ottoman empire, Abbasid empire, and Ilkhanate; especially for recording tax payments and liabilities.

A backstuga is a Swedish language judicial term, previously used in Finland and Sweden, for a kind of rural cottages.

The Cadastre Bureau (Ottoman Turkish: Defter-Khané, Turkish: Tahrir-i Emlak Nezareti, French: Bureau de Cadastre was an Ottoman Empire agency. The bureau served as a registry of real estate, but did not classify any land themselves. George Young, author of Corps de droit ottoman, wrote that the common French translation was "Bureau de Cadastre", but he labeled it as the Ministry of the Cadastre.