Despite the Falling Snow (film)

Despite the Falling Snow is a 2016 British Cold War espionage film directed by Shamim Sarif, adapted from her novel of the same name. [1] Starring Rebecca Ferguson, Sam Reid, Charles Dance, Antje Traue, Oliver Jackson-Cohen, Thure Lindhardt and Anthony Head, [2] the film was released in the United Kingdom on 15 April 2016.

The film is set in the post-Stalinist Soviet Union. A young Soviet woman, Katya, lost her parents during the Stalinist repressions. Though she pretends to be a communist, she hates the regime and spies for the Americans. Her friend Misha, who is a spy, also helps her obtain important information for the Americans. As part of her next assignment, she meets the young and good-looking Sasha, who belongs to the Kremlin elite. In order to spy on him, Katya ends up marrying Sasha but not everything is going to the plan. Katya soon falls in love with Sasha, and plans to defect to the United States with him. However, just before her trip to the US, Katya mysteriously vanishes. Sasha stays in America alone, and over the course of 30 years becomes a successful businessman in America. Many years afterwards, he visits a post-communist Russia seeking to solve Katya's disappearance. He and his niece Lauren work together, searching for clues. They then meet Misha, who has become an old alcoholic; he tells them what really happened to Katya.

The film was shot in Belgrade, Serbia. The score by Rachel Portman was performed by the City of Prague Philharmonic Orchestra.

The Mechanik is a 2005 German-American action film starring and directed by Dolph Lundgren, who wrote with Bryan Edward Hill. The film co-stars Ben Cross, Ivan Petrushinov, Olivia Lee and Raicho Vasilev. Most of the film was shot in Bulgaria and there are many Bulgarian actors in the cast as well.

I'll Be There is a 2003 British-American comedy drama film directed and co-written by Craig Ferguson, who, in his directorial debut, also stars in the film with singer Charlotte Church in her film debut.

The Thief is a 1997 Russian drama film written and directed by Pavel Chukhray. It was nominated for the Academy Award for Best Foreign Language Film and won the Nika Award for Best Picture and Best Directing. Also winner of the International Youth Jury's prize, the President of the Italian Senate's Gold Medal, and the UNICEF Award at the 1997 Venice Film Festival.

The Russia House is a 1990 American spy film directed by Fred Schepisi and starring Sean Connery, Michelle Pfeiffer, Roy Scheider, James Fox, John Mahoney, Klaus Maria Brandauer and director Ken Russell. Tom Stoppard wrote the screenplay based on John le Carré's 1989 novel of the same name. It was the first US motion picture to be shot substantially on location in the Soviet Union.

The World Unseen is a 2007 historical drama film, written and directed by Shamim Sarif, adapted from her own novel. The film is set in 1950s Cape Town, South Africa during the beginning of apartheid. The film stars Lisa Ray and Sheetal Sheth as two Indian South African women who fall in love in a racist, sexist, and homophobic society.

Rebecca Louisa Ferguson Sundström is a Swedish actress. She began her acting career with the Swedish soap opera Nya tider (1999–2000) and went on to star in the slasher film Drowning Ghost (2004). She came to international prominence with her portrayal of Elizabeth Woodville in the British television miniseries The White Queen (2013), for which she was nominated for a Golden Globe for Best Actress in a Miniseries or Television Film. 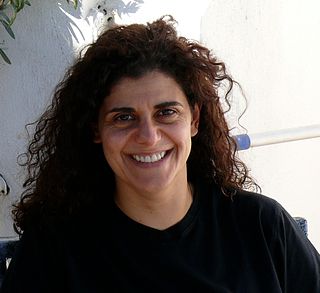 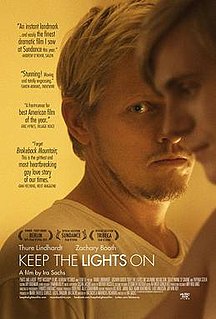 Despite the Falling Snow is a 2004 book by Shamim Sarif. It was first published on May 4, 2004 through Headline Book Publishing and is set during two different time periods. One part of the story is set in 1950s Moscow, Russia during the Cold War years, while the other follows the story of 1992 Moscow and London in the period after the collapse of USSR. 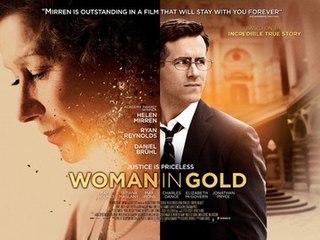 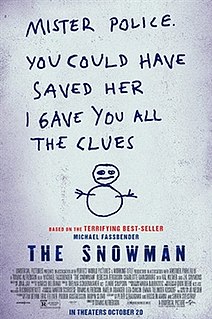 The Snowman is a 2017 psychological thriller film directed by Tomas Alfredson and written by Peter Straughan, Hossein Amini, and Søren Sveistrup. An international co-production between the United Kingdom, United States, Sweden, and Japan, the story is based on the novel of the same name by Jo Nesbø. The film stars Michael Fassbender, Rebecca Ferguson, Charlotte Gainsbourg, Val Kilmer, and J. K. Simmons, and follows inspector Harry Hole as he tracks a serial killer who builds snowmen at his crime scenes. Principal photography began on 18 January 2016 in Norway, before moving to London and Sweden. 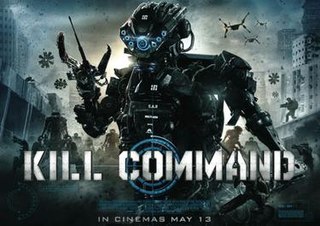 Kill Command is a 2016 British science fiction action horror film written and directed by Steven Gomez, and starring Thure Lindhardt and Vanessa Kirby. The story focuses on a group of U.S. Marines attempting to survive after a training mission against warfare A.I. goes wrong.

The Kid Who Would Be King is a 2019 fantasy action-adventure film written and directed by Joe Cornish. A British/American venture, the film stars Louis Ashbourne Serkis, Tom Taylor, Dean Chaumoo, Rhianna Doris, Angus Imrie, Rebecca Ferguson, and Patrick Stewart. The plot follows a young boy who finds King Arthur's legendary sword Excalibur, and must then use it to stop an ancient enchantress from destroying the world with help from his friends from school.

Up and Away is a 2018 Danish animated fantasy adventure film written and directed by Karsten Kiilerich, based on the children's book of the same name by Danish writer Ole Lund Kirkegaard.