Dharam Kanta (transl. Balance of Piety) is a 1982 Hindi-language action film, produced and directed by Sultan Ahmed under the Sultan Productions banner. It stars Raaj Kumar, Waheeda Rehman, Jeetendra, Rajesh Khanna, Reena Roy, Sulakshana Pandit, Amjad Khan in the pivotal roles and music composed by Naushad. [1] The movie was a hit on its release and completed silver jubilee

Thakur Bhavani Singh heads a gang of dacoits, who have spread terror and fear in the region. Bhavani has a family, consisting of his wife, Radha, and two sons, Ram and Laxman, and a daughter named Ganga. One day, Bhavani kidnaps the son of wealthy Harnam Singh and will release him for a hefty ransom. Harnam agrees to all the conditions, and hands over the money to Bhavani. Unfortunately, Harnam's child is killed, and his wife, devastated, curses Bhavani and his family. Subsequently, Bhavani is separated from his family due to heavy rains and floods, and decides to turn himself into the police, and is sent to prison. His wife has been unable to locate any of their children. Ram and Laxman are taken in by two bandits and turn to a life of crime, and ironically Ganga is adopted by Harnam Singh. Years later, Bhavani is released from prison, and comes to meet his wife, and is devastated to know that he may never get to see his children again. Bhavani starts living an honest life, not knowing that his estranged sons are leading a life of crime and that his daughter is now living with the family, whose son he killed. Bees Saal Baad is a 1962 Indian Hindi-language psychological thriller film. It was produced by Hemant Kumar, who also composed the music and sang some of the songs. The film marks the directorial debut of Biren Nag, and stars Biswajeet, Waheeda Rehman, Madan Puri, Sajjan and Asit Sen. 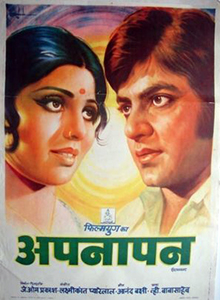 Kuchhe Dhaage is a 1973 Indian Hindi-language action film directed by Raj Khosla. The film stars Vinod Khanna, Moushumi Chatterjee and Kabir Bedi. The music was scored by Laxmikant Pyarelal with lyrics penned by Anand Bakshi. It was a hit at the box office.

Insaan (transl. Human) is a 1982 Indian Hindi-language action drama film, produced by Ved Khanna Mukesh Movies and directed by Narendra Bedi. It stars Jeetendra, Vinod Khanna, Reena Roy and music composed by Laxmikant–Pyarelal. Kishore Jariwala, brother of Bollywood actor Sanjeev Kumar, plays the role of an ex-soldier. The movie was among the last movies of Vinod Khanna before he took a hiatus from the Hindi film industry to join Rajneeshpuram in Oregon, USA.

Sultan Ahmed (Hindi:सुल्तान अहमद) was an Indian film director and producer in the 1970s and 1980s, famous for his films on dacoits such as Heera, Ganga Ki Saugandh, and Daata. 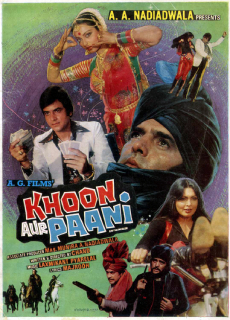