Last updated October 25, 2020
Not to be confused with Australian Dictionary of Biography.

The Dictionary of Australian Biography, published in 1949, is a reference work by Percival Serle containing information on notable people associated with Australian history. With approximately a thousand entries, the book took more than twenty years to complete. Published by Angus and Robertson, the dictionary was compiled as two volumes, Volume 1: A-K; and Volume 2: L-Z.

The book contains 1,030 biographies of Australians, or people who were closely connected with Australia, who died before the end of 1942. According to Serle in his preface: [1]

"This date closed the first one hundred and fifty years of Australia's history, for although the first fleet arrived in January 1788, the first emigrant ship, the Bellona, did not come until January 1793. Until then Australia had been merely a dumping ground for convicts, but the arrival of free emigrants foreshadowed the founding of a nation."

The average length of the biographies is about 640 words. Serle classified them roughly into the following twelve groups:

Of the above profiles, the number of women included was 42 or 4 percent of the biographies. Forty-seven percent of those included in the book were born in England, 27 percent in Australia, 12 percent Scotland, 8 percent Ireland, 1 percent Wales and remaining 5 percent were from the rest of the world which included twelve from the United States, nine from Germany, and six from New Zealand.

Prior to its publication similar Australian reference works included:

Subsequently, other Australian biographical dictionaries have been released including the Australian Dictionary of Biography from 1966 and Who's Who in Australia . 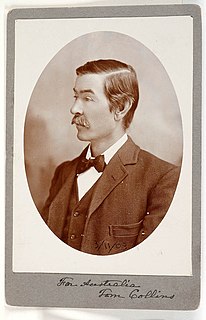 Joseph Furphy is widely regarded as the "Father of the Australian novel". He mostly wrote under the pseudonym Tom Collins and is best known for his novel Such Is Life (1903), regarded as an Australian classic.

Elinor Mordaunt was an English author, writer and traveller. 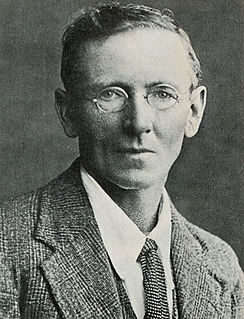 John Shaw Neilson was an Australian poet. Slightly built, for most of his life he worked as a labourer, fruit-picking, clearing scrub, navvying and working in quarries, and, after 1928, working as a messenger with the Country Roads Board in Melbourne. Largely untrained and only basically educated, Neilson became known as one of Australia's finest lyric poets, who wrote a great deal about the natural world, and the beauty in it.

Anne Wilson, Lady Wilson was an Australian poet and novelist. Most of her work was published as Mrs James Glenny Wilson or the pseudonym Austral.

Who's Who in Australia is an Australian biographical dictionary first published by Fred Johns in 1906 as Johns's Notable Australians. It is used as a resource for summary information on prominent Australians. A series of "Who's Who" reference and commercial contact directories is currently published by AAP.

Livingston York Yourtee "Hop" Hopkins was an American-born cartoonist who became a major figure in Australian cartooning during the period surrounding the Federation of Australia. He is best known for his work with The Bulletin. He is also notable for drawing one of the earliest newspaper comic strips, Professor Tigwissel's Burglar Alarm.

Barbara Janet Baynton was an Australian writer known primarily for her short stories about life in the bush. She published the collection Bush Studies (1902) and the novel Human Toll (1907), as well as writing for The Bulletin and The Sydney Morning Herald. She was a shrewd manager of her second husband's estate, owning properties in Melbourne and London. She acquired the title Lady Headley from her third marriage to Rowland Allanson-Winn, 5th Baron Headley, but never wrote under that name. 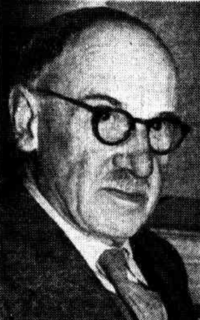 Percival Serle was an Australian biographer and bibliographer.

David Blair was an Irish Australian politician, journalist and encyclopedist.

Frederick Johns was an Australian journalist and biographer.

Edmund 'Garryowen' Finn was an Australian journalist and author who wrote many colorful descriptions of the life and people in early Melbourne.

Frank Leslie Thomson Wilmot, who published his work under the pseudonym Furnley Maurice, was a noted Australian poet, best known for To God: From the Warring Nations (1917).

John Arthur Barry was a journalist and author.

George Burnett Barton was an Australian lawyer, journalist and historian.