Greg Below is the president and founding partner of Distort Entertainment, a well known Canadian show promoter, and music producer. Greg is known for his height and enthusiastic love of music.

Mitch Joel is a journalist and publicist. He is president of Twist Image, a digital marketing agency and president and a founding partner of Distort Entertainment.

In 2002, Below's full-time employment as a studio manager with EMI publishing Canada later helped to jump start Distort by opening the door to a distribution partnership with EMI Music Canada. Although Distort is admired for its independence in the industry, it wanted to be associated with the well respected quality for which EMI had become known. [2]

Now quite established, Distort Entertainment is a well-known Canadian label, and back some of the most respected bands in the heavy music industry. 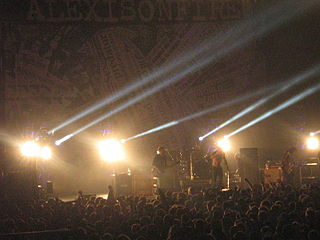 Alexisonfire is a five-piece Canadian post-hardcore band that formed in St. Catharines, Ontario in 2001. They describe their music as "the sound of two Catholic high-school girls in mid-knife-fight". When the band emerged in late 2001, it was enough to impress critics as well as earning their self-titled debut album a gold certification in Canada. The band has released three subsequent successful studio albums since then: Watch Out! in 2004, Crisis in 2006, and Old Crows/Young Cardinals in 2009, each achieving platinum certification in their native country. Plus three special edition live albums from Manchester Academy, Birmingham Academy, and Brixton Academy. Their accolades include a 2005 Juno Award for New Group of the Year. 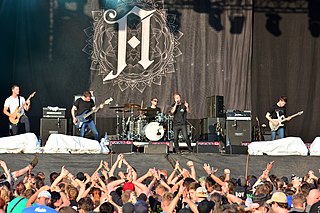 Architects are a British metalcore band from Brighton, East Sussex, formed in 2004 by twin brothers Dan and Tom Searle. The band now consists of Dan Searle on drums, Alex Dean on bass guitar, Sam Carter on vocals, and Adam Christianson and Josh Middleton on guitars. They have been signed to Epitaph Records since 2013.

Blackstorm are a rock/blues band from Yuendumu in the Northern Territory. The members are Warlpiri and their songs are sung in Warlpiri and English. The band was nominated for a Deadly Award for Best Band in 2001.

Wade MacNeil is a Canadian musician currently active as the vocalist of the hardcore punk band Gallows, and the vocalist/guitarist/founder of the punk band Black Lungs. He is also the lead guitarist, backing vocalist, as well one of the founding members of the post-hardcore band Alexisonfire. 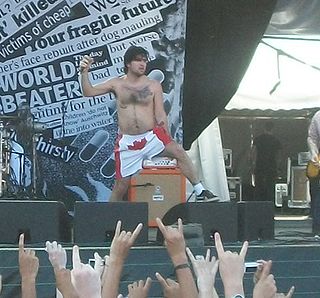 George Pettit, is a Canadian musician best known as the lead vocalist of the post-hardcore band Alexisonfire. He is also currently active as the vocalist of Dead Tired.

Johnny Truant was a British, Brighton-based metalcore band, formed in 2000 under the name Severance. The band recorded 3 demos under this moniker before renaming themselves after one of the main characters of Mark Z. Danielewski's novel House of Leaves. The band recorded their debut release The Repercussions of a Badly Planned Suicide in 2002 which was released on Undergroove Records. Their second album, In the Library of Horrific Events was produced by Killswitch Engage guitarist, Adam Dutkiewicz. The band have toured the UK, Europe and Canada with the likes of Killswitch Engage, As I Lay Dying, Cancer Bats and Alexisonfire as well as playing Download Festival in 2005, 2006 and 2008. Although the band started out as a 4-piece, at the start of 2006, Al Kilcullen was added as a second guitarist. As of June 2006 however, Kilcullen was replaced by Reuben Gotto. The band signed to United By Fate Records in the UK and Distort Entertainment in Canada. Their third album titled No Tears For The Creatures was recorded in Brighton Electric throughout November 2007. It was produced and mixed by Dan Weller and Justin Hill of WellerHill productions. It was released on 2 June, however the album leaked onto the internet weeks beforehand. 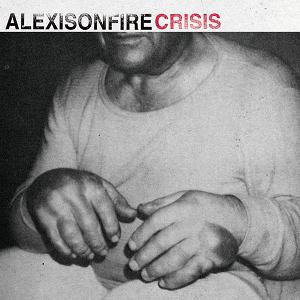 Dine Alone Records is a Canadian independent record label, founded in St. Catharines and Toronto by Joel Carriere. The label is now based in Toronto, Nashville and Los Angeles.

Black Market Activities (BMA) is an American independent record label that was founded in 2003 by Guy Kozowyk, the frontman of the Boston, Massachusetts-based extreme metal band the Red Chord.

Cancer Bats are a Canadian hardcore punk band from Toronto, Ontario. They have released six studio albums and six extended plays. The band is composed of vocalist Liam Cormier, guitarist Scott Middleton, drummer Mike Peters and bassist Jaye R. Schwarzer. Cancer Bats take a wide variety of influences from heavy metal subgenres and fuse them into hardcore and punk rock, and also include elements of Southern rock. Their sound has been likened to sludge metal, as well as to that of metalcore bands such as Converge and Hatebreed. The members of Cancer Bats have also toured and recorded as a Black Sabbath cover band under the name Bat Sabbath. 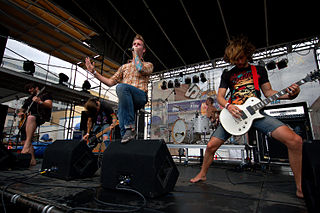 The Gorgeous were a Canadian metalcore band formed in the summer of 2003 in Montreal. The band formed with Dali Shaw on guitar, Julien Brousseau on Bass and Miguel Shaw on drums. The three played a few shows without a vocalist and quickly recruited Jordon Daniel. 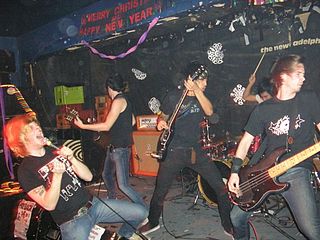 The Ghost of a Thousand were an English five-piece punk rock/hardcore band from Brighton, UK.

The Halifax Pavilion is an all-ages club residing on the Halifax Common in Halifax, Nova Scotia. 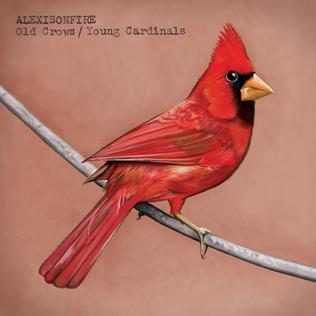 Old Crows / Young Cardinals is the fourth studio album from post-hardcore band Alexisonfire, released on June 23, 2009. The album was originally referred to by the shortened title of Young Cardinals, until the name change was announced on April 1, 2009. The album debuted at #81 on the Billboard 200, making this Alexisonfire's highest charting album in the US to date. 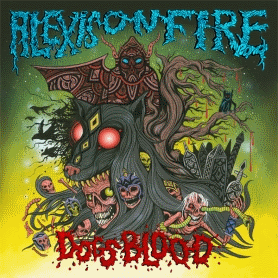 Dog's Blood is an extended play by the Canadian post-hardcore band Alexisonfire. The EP was released on October 31, 2010. Dog's Blood is a collection of four experimental songs that are different-sounding from the band's previously released material. It was the band's penultimate release before their break up in 2011.

Good Fight Entertainment is a business conglomerate that was founded in 2010. The company consists of a record label, band management, sports management, a clothing line and an art studio. Good Fight was founded by Paul Conroy and Carl Severson who have previously worked for Ferret Music and Warner Music Group. 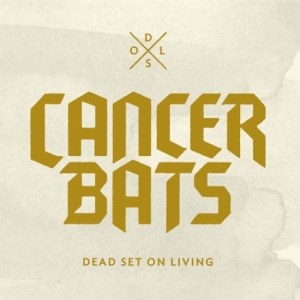 Dead Set on Living is the fourth studio album by the Canadian hardcore punk band Cancer Bats. It was released on April 16, 2012 through Hassle Records in Europe, April 17 through Distort Entertainment in Canada, April 20 through Shock Records in Australia and New Zealand, and April 23 through Metal Blade Records in the United States. The album was recorded in December 2011.