Do What I Gotta Do

"Do What I Gotta Do" is a song performed by American contemporary R&B singer Ralph Tresvant, issued as the third single from his eponymous debut album. The song peaked at No. 2 on the Billboard R&B singles chart in 1991. [4] Although it failed to reach the Billboard Hot 100 chart, it entered the Hot 100 Singles Sales chart, peaking at No. 54 in August 1991.

Ralph Edward Tresvant, also known as Rizz and Rizzo, is an American singer, songwriter, actor and record producer, best known as the lead singer of R&B group New Edition. As a solo artist, Tresvant released the album Ralph Tresvant (1990). In 2008, he began touring with Bobby Brown and Johnny Gill in a new group named Heads of State.

The official music video for the song was directed by Stefan Würnitzer. [5] 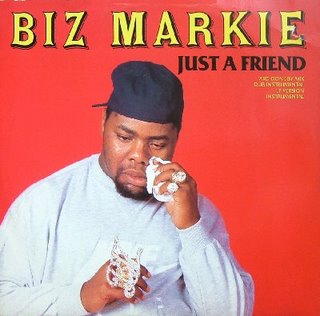 "Just a Friend" is a song written, produced and performed by American hip hop artist Biz Markie. It was released in September 1989 as the lead single from his album, The Biz Never Sleeps. It is Markie's most successful single, reaching #9 on the Billboard Hot 100 in 1990. 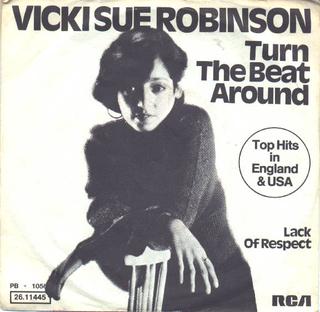 "Turn the Beat Around" is a disco song written by Gerald Jackson and Peter Jackson and performed by Vicki Sue Robinson in 1976, originally appearing on her debut album, Never Gonna Let You Go. Released as a single, the song went to #10 on the Billboard pop charts, and #73 on the soul chart. Robinson received a grammy nomination for best female pop vocal. The track went to number one on the disco chart for four weeks. "Turn the Beat Around" is considered a disco classic and is featured on many compilation albums. 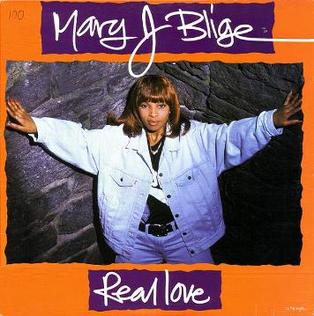 "Real Love" is a song recorded by American singer Mary J. Blige for her debut studio album What's the 411? (1992). It was written and produced by Cory Rooney and Mark Morales. The song samples Audio Two's 1987 song "Top Billin'", and was issued as the album's second single on August 25, 1992. It became Blige's first top-ten hit, peaking at number seven on the US Billboard Hot 100. It also reached the top on both the Billboard Hot R&B/Hip-Hop Songs and Rhythmic charts, and was eventually certified Gold by the Recording Industry Association of America on November 4, 1992. 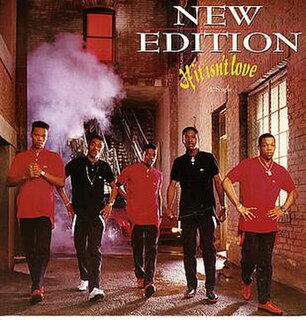 "One Last Cry" is a song co-written and co-produced by Brandon Barnes, Melanie Barnes, and Brian McKnight. The song was performed by American contemporary R&B singer Brian McKnight, issued as the fourth single from his eponymous debut album. It was McKnight's first solo hit on the Billboard Hot 100, peaking at #13 on the chart in 1993. 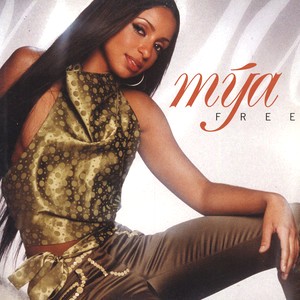 "Free" is a song by American singer Mýa. It served as the third and final single from her second studio album Fear of Flying (2000). Originally featured on the soundtrack to the 2000 film Bait, the song was one of the two tracks added to the re-release edition of Fear of Flying on November 7, 2000. It was written and composed by Jimmy Jam, Harrison, Terry Lewis, Alexander Richbourg, and Tony Tolbert. Lyrically, "Free" addresses on independence.

"Maybe I Deserve" is a song written, produced and performed by American contemporary R&B singer Tank, issued as the first single from his debut studio album Force of Nature. The song is his biggest hit to date on the Billboard Hot 100, peaking at #38 in 2001.

"Freakit" is a song co-written and performed by Das EFX, issued as the lead single from their second studio album Straight Up Sewaside. In 1993, the song reached #1 on the Billboard dance chart, as well as peaking at #43 on the Billboard Hot 100.

"She's Dope!" is a song performed by American contemporary R&B group Bell Biv DeVoe. It is the opening track on the group's debut studio album Poison and serves as the album's fifth single. In early pressings of Poison, the song was simply titled "Dope!", but the title was changed due to the increasing drug epidemic among children at the time. The song peaked at #9 on the Billboard R&B chart in 1991. The EPOD Mix version of the song is the version used in the music video & released as a single. 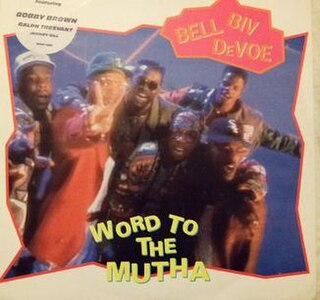 "Word to the Mutha!" is a song co-written and performed by American contemporary R&B group Bell Biv DeVoe. It originally appeared on their debut studio album Poison under the title "Ronnie, Bobby, Ricky, Mike, Ralph and Johnny !", but the title was shortened and a remixed version of the song was issued as the only official single from the group's remix album WBBD-Bootcity! The song features vocals from Bobby Brown, Ralph Tresvant and Johnny Gill; and it was the first recorded song to feature all six members of New Edition; although Brown, Tresvant and Gill are credited separately on the single rather than collectively as New Edition.

"Stone Cold Gentleman" is a song performed by American contemporary R&B singer Ralph Tresvant, issued as the second single from his eponymous debut album. It originally appeared on the album under the title "Stone Cold Gentleman ", but the title was shortened for commercial release. The song features a rap from fellow New Edition member Bobby Brown; and it peaked at #34 on the Billboard Hot 100 in 1991.

"Gangsta" is a song performed by American contemporary R&B group Bell Biv DeVoe, issued as a stand-alone single in 1993 via MCA Records. The song peaked at #21 on the Billboard Hot 100. The song was also featured on an episode of The Fresh Prince of Bel-Air.

"What If" is a song written, co-produced and performed by American contemporary R&B musician Babyface, issued as the second official single from his sixth studio album Face2Face. The song peaked at #80 on the Billboard Hot 100 in 2001.

"All the Things " is a song by American contemporary R&B singer Joe. It was written by Joe, Joshua Thompson, and Michele Williams and produced by Joe and Thompson. The song originally appeared on the soundtrack to the film Don't Be a Menace to South Central While Drinking Your Juice in the Hood and was later included as the opening track on his second studio album All That I Am (1997). It was his first hit on the US Billboard Hot 100, peaking at number 11 in 1996. The single was certified gold by the Recording Industry Association of America (RIAA) on April 10, 1996.

"Gotta Go Gotta Leave (Tired)" is a song co-written and performed by American contemporary R&B singer Vivian Green, issued as the lead single from her second studio album Vivian. On July 30, 2005, it became her second song to reach #1 on the Billboard dance chart.

Damian Dame is the only studio album by American contemporary R&B group Damian Dame, released May 14, 1991 via LaFace Records. The album did not chart on the Billboard 200, but it peaked at #21 on the Billboard R&B chart. Both members of Damian Dame died before a second album could be recorded.

MetroLyrics is a lyrics-dedicated website, founded in December 2002. The MetroLyrics database contains over 1 million songs performed by over 16,000 artists.