Duke Street Records was a Canadian independent record label. [1] The label was established in 1984 by Andrew Hermant and ceased operations in 1994. [2] The Universal Music Group took over the label when it disappeared.

Universal Music Group is an American global music corporation that is a subsidiary of the French media conglomerate Vivendi. UMG's global corporate headquarters are located in Santa Monica, California. It is considered one of the "Big Three" record labels, along with Sony Music and Warner Music Group. Since 2004, the corporation is no longer related to the film studio Universal Studios.

Arthur Frank "Art" Bergmann is a Canadian rock singer-songwriter who was one of the key figures in Canadian punk rock in the late 1970s.

The Front was a Canadian band, based in Toronto, that released two well-received albums and several singles in the early 1980s, the most notable single of which is "The Haunting ." The band is also notable as being the first recording band of Joel Feeney and Tim Thorney.

Jane Siberry is a Canadian singer-songwriter, known for such hits as "Mimi on the Beach", "I Muse Aloud", "One More Colour" and "Calling All Angels". She performed the theme song to the television series Maniac Mansion. She has released material under the name Issa – an identity which she used formally between 2006 and 2009.

In 1995, Hermant donated his entire archive of Duke Street material to the Music Archives at the National Library of Canada. This 24-year collection includes over 2,100 audio tapes, and a 30 cm stack of textual records, including promotional material and photographs. [2] 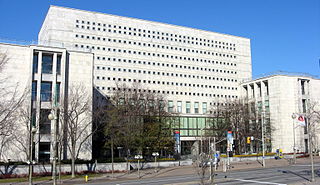 Library and Archives Canada (LAC) is a federal institution tasked with acquiring, preserving and making Canada's documentary heritage accessible. It is the fourth biggest library in the world. LAC reports to Parliament through Pablo Rodríguez, the Minister of Canadian Heritage since August 28, 2018. 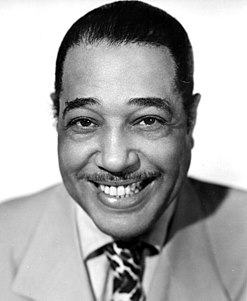 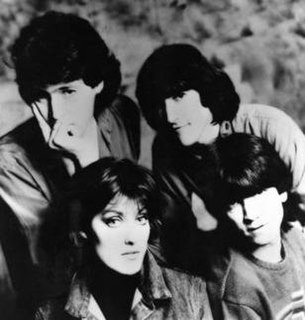 Katrina and the Waves were a British-American rock band best known for the 1985 hit "Walking on Sunshine". They also won the 1997 Eurovision Song Contest with the song "Love Shine a Light". 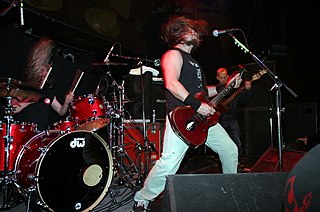 Corrosion of Conformity is an American heavy metal band from Raleigh, North Carolina formed in 1982. This band has undergone multiple line-up changes throughout its existence with guitarist Woody Weatherman as the sole constant member. Weatherman, founding bassist Mike Dean, founding drummer Reed Mullin, and vocalist and rhythm guitarist Pepper Keenan are widely regarded as its classic line-up. After a hiatus in 2006, Corrosion of Conformity returned in 2010 without Keenan, who had been busy touring and recording with Down, but announced their reunion with him in December 2014.

FM is a Canadian progressive rock music group formed in 1976 in Toronto. The band existed from 1976 to 1996, with a brief return in 2006, although they had a period of inactivity between 1989 and 1994. Their music has been categorized as space rock, and lyrics are dominated by science fiction themes. In November 2011, Cameron Hawkins reformed the band with two new players.

Three Gut Records was a Guelph, Ontario, Canada based independent record label. It was founded in 1999 by Lisa Moran and Tyler Clarke Burke as a vehicle for releasing albums by their friends; it became an influential player in Canadian music with the breakout success of the Constantines' self-titled 2001 release on the label. Three Gut releases were distributed by Outside Music. 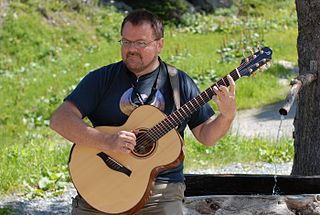 Twin/Tone Records was a independent record label based in Minneapolis, Minnesota, which operated from 1977 until 1994. It was the original home of influential Minnesota bands the Replacements and Soul Asylum and was instrumental in helping the Twin Cities music scene achieve national attention in the 1980s. Along with other independent American labels such as SST Records, Touch and Go Records, and Dischord, Twin/Tone helped to spearhead the nationwide network of underground bands that formed the pre-Nirvana indie-rock scene. These labels presided over the shift from the hardcore punk that then dominated the American underground scene to the more diverse styles of alternative rock that were emerging.

Hear Music is a record label that was founded in 2007 in a partnership between Concord Music Group and Starbucks. Hear Music began as a catalog company in Cambridge, Massachusetts, in 1990 before being purchased by Starbucks in 1999.

Kurt Swinghammer is a Canadian singer-songwriter and visual artist.

Leon Hermant (1866–1936) was a French-American sculptor best known for his architectural sculpture.

Stan Meissner is a Canadian composer, singer, and songwriter. His career includes both hits internationally and in Canada. Meissner has been a songwriter for more than 30 years and has written music for many international acts.

Koch Entertainment was a North American record label and a distributor of film, television, and music. It was purchased by Canadian entertainment company Entertainment One in 2005.