Dundurn Press is one of the largest Canadian-owned book publishing companies of adult and children's fiction and non-fiction. [3] The company publishes Canadian literature, history, biography, politics and arts. Dundurn has about 2500 books in print, and averages around one hundred new titles each year. [4] Dundurn Press was established in 1972 by Kirk Howard, [5] In 2009, Dundurn forged a co-publishing partnership with the Ontario Genealogical Society, and in 2011, Dundurn purchased Napoleon & Company and Blue Butterfly Books. [6] [7] In 2013, Dundurn acquired Thomas Allen Publishers, the publishing branch of Thomas Allen & Son Limited. [8]

In January of 2019, Kirk Howard sold Dundurn Press to a consortium of Canadian technology investors. Scott Fraser became the second publisher in the history of Dundurn Press and Kirk Howard became Publisher Emeritus. [9]

Brian Fawcett is a Canadian writer and cultural analyst who lives in Toronto, Ontario.

Antanas Sileika is a Canadian-Lithuanian novelist and critic. He was born in 1953 in Weston, Ontario - the son of Lithuanian-born parents.

Anna Maria Porter, is a Canadian publisher and novelist.

Conundrum Press is a book publishing company located in Wolfville, Canada, founded in 1996 by Andy Brown.

Manor House Publishing Incorporated is a small Canadian publishing company, established in 1998 and based in the Ancaster neighborhood of Hamilton Ontario.

The Polished Hoe is a novel by Barbadian writer Austin Clarke, published by Thomas Allen Publishers in 2002. It was the winner of the 2002 Scotiabank Giller Prize and the 2003 Commonwealth Writers' Prize for Canada and the Caribbean region and 2003 Trillium Book Award.

Broadview Press is an independent academic publisher that focuses on the humanities. Founded in 1985 by Don LePan, the company now employs over 25 people, has over 500 titles in print, and publishes approximately 50 titles each year. Broadview's offices are located across Canada in Calgary, Peterborough, Nanaimo, Guelph and Wolfville.

Alice Zorn is a Canadian author.

John Lawrence Reynolds is a Canadian author. He has published more than 20 fiction and non-fiction books. Two of his novels won the Arthur Ellis Award—The Man Who Murdered God (1990) and Gypsy Sins (1994). Born in Hamilton, Ontario, he has lived in Burlington for several years.

Thomas Allen & Son Limited is a Canadian book distributor, in continuous operation for over 90 years. They have published award-winning books like Burning Down the House by Russell Wangersky. Its publishing arm, Thomas Allen Publishers, was sold to Dundurn Press in 2013.

Julie Johnston is an award-winning Canadian writer. She was raised in Smiths Falls, Ontario, in the Ottawa Valley. She studied at the University of Toronto. She now lives in Peterborough, Ontario.

Breakwater Books Ltd. is a Canadian publishing company based in Newfoundland and Labrador. Although the company began as a way for local authors in Newfoundland and Labrador to publish their work without leaving the province, Breakwater now publishes works from authors throughout Canada and the UK. The company places a strong emphasis on publishing books that preserve and celebrate the culture of Newfoundland and Labrador, although they publish books in many different genres. The company is also known for its publication of educational materials for schools, and was the first company in Atlantic Canada to do so. As of 2004, Breakwater had published over 600 titles, releasing between 10 and 15 titles every year. 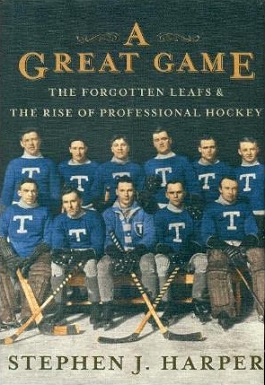 A Great Game: The Forgotten Leafs and the Rise of Professional Hockey is a 2013 non-fiction book by Stephen Harper concerning the history of professional ice hockey in Canada during the early 20th century. 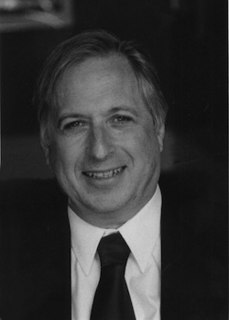 John Kirk Howard is a Canadian book publisher and founder and president of Dundurn Press, one of the largest independently owned publishing houses in Canada. In 2012, Howard became a recipient of the Queen's Diamond Jubilee Medal "for publishing over decades a range of books on Canadian heritage." 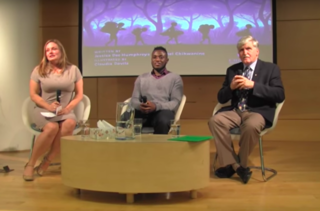 Jessica Dee Humphreys is a Canadian writer and researcher specializing in international humanitarian, military, and children's issues. Co-author of two books with Roméo Dallaire, she has also published a graphic novel for children, Child Soldier: When Boys and Girls are Used in War. She is currently writing a new book on global girls' rights and the UN International Day of the Girl Child, to be published in 2020. As an author, she has been collected by libraries, and her work has appeared in periodicals such as The Globe and Mail, the New York Times, the World Alliance for Breastfeeding Action magazine, and The Beaver, Canada's History Magazine.