He is a member of the band Trybesmen, which was started in 1998 with rappers KB and Freestyle. He has made five solo albums. In 2019, he said he does not regret quitting music as the path his career was going would not make him have time for his family. [8] On 1 October 2016, Netng longlisted him on its list of 56 greatest Nigerian entertainers of all time, for his contribution towards the music industry, and for founding the first official Nigeria airplay chart, known as Playdata, for monitoring music consumption on radio. [9]

eLDee was born on 23 may 1977, in Kaduna state a northern geopolitical zone of Nigeria. He is originally from Lagos Island in Lagos State of Nigeria.

He attended Command Children School kaduna and Essence International School before Moving to Lagos for his higher education. He has a master's degree in Architecture from the University of Lagos,Nigeria in 2001.

eLDee is credited as one of the pioneers of the afrobeats music genre. In 1998, he started a band called Trybesmen which went on to be one of the music groups that popularized the fusion of Hip-hop, highlife, pop and traditional afrobeat music. Trybesmen were a continental hit by the year 2000 and played a pivotal role in the shaping of the new music genre.

eLDee signed a total of 16 artists to his Trybe Records label, and named the collaboration of all said artists Da Trybe. They produced the singles "Work it out" and "Oya" in 2002, and the album BIG Picture in 2005.

After moving to the United States in 2002, eLDee recorded a solo album titled Long Time Coming (2004). He followed it up with Return of the King (2006), which contains the single "I Go Yarn". Return of the King won "Best International Album" at the 2007 Nigeria Entertainment Awards in New York City. [10] His subsequent albums are Big Boy (2008), originally titled Evolution,Is it your money Vol.1 (2010) and Undeniable (2012).

eLDee has worked as an artist, producer, director and an interactive media consultant.

"Lanre" is a derivative for the Yoruba name "Olanrewaju" (which translates to "Wealth is moving forward"). [11]

eLDee and his long-term partner, Dolapo Latinwo-Bello married and together they have 2 daughters, Temi, and Toke. He has been based in Atlanta, USA since 2002.

In December 2013 he posted a message on his official Twitter page to voice his support for gay rights, saying that hopefully one day soon Africa will realize that anti-gay sentiment is no different from racial or religious discrimination. [12]

Anthony Olanrewaju Awotoye, better known as Tony Tetuila, also regard as the golden father of Afrobeats artist from Nigeria.

Gilbert Bani, popularly known by his stage name A-Q, is a Nigerian rapper and songwriter. His single "Agu Ji Ndi Men" was nominated for Best Rap Single at The Headies 2016.

Trybesmen is an African hip-hop group from Lagos, Nigeria. The Nigerian newspaper NEXT describes them as "one of the pioneers of hip hop in Nigeria" and the BBC called the group "legendary" in 2005. 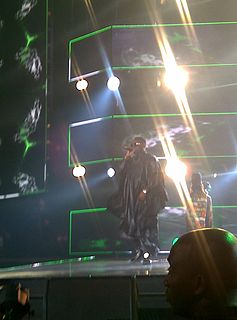 Ayo Shonaiya is a filmmaker and lawyer, he was also a music talent agent who has managed many of Nigeria's artists. The list include Fuji musician Wasiu Ayinde Marshall, pop star D'banj, music producer Don Jazzy and rapper Eldee the Don. He has also represented former beauty queen and rapper Muna and global music star Akon. He is the founder of entertainment and media management company The RMG Company in the UK and Nigeria, and Managing Partner at the Lagos-based law firm Shonaiya & Co.

Panshak Henry Zamani. better known as Ice prince, is a Nigerian singer, songwriter, rapper and actor. He rose to fame after releasing "Oleku", one of Nigeria's most remixed songs of all time. He won the 2009 Hennessy Artistry Club Tour. His debut studio album Everybody Loves Ice Prince was released in 2011. It was supported by three singles: "Oleku", "Superstar" and "Juju". In 2013, Ice Prince released Fire of Zamani as his second studio album. The album contained the singles "Aboki", "More", "Gimme Dat" and "I Swear". On 1 July 2015, Ice Prince was announced as the vice president of Chocolate City. He held the position until he left the label in 2016.

Elohor Eva Alordiah, better known as Eva Alordiah or simply Eva, is a Nigerian rapper, entertainer, make-up artist, fashion designer and entrepreneur. She is considered one of the best female rappers in Nigeria. Since her breakthrough into the Nigerian music industry, Eva has garnered several awards including one Nigeria Entertainment Award from 4 nominations, one Eloy Award, and one YEM award from 2 nominations. Her debut EP, titled The GIGO E.P, was released for free digital download on 20 November 2011. Eva is the owner of makeupByOrsela, a company that specializes in Makeup services. In November 2014, Eva released her self-titled second EP. Her debut studio album, 1960: The Album, was released in September 2016. ref>"Monthly event for the celebration, empowerment of women set to hold 1st edition". Pulse Nigeria. 17 August 2016. Retrieved 28 May 2020. 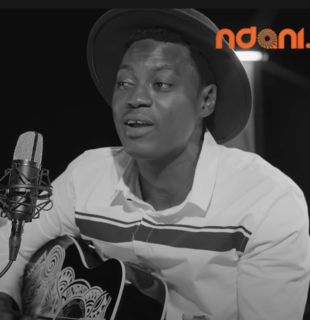 Sound Sultan was a Nigerian rapper, singer, songwriter, actor, comedian, and recording artist. He was regarded as one of the pacesetters of modern hip hop music in Nigeria. He was notable for using his music to speak against poverty, corruption, bad governance and societal ills in Nigeria.

Remilekun Khalid Safaru, known by his stage names Reminisce and Alaga Ibile, is a Nigerian singer, rapper, songwriter, and actor from Ogun State. He performs in English and his native language, Yoruba.

Osabuohien Osaretin, better known by his stage name Sarz, is a Nigerian record producer and musician. Born in Benin City, Edo State, he is popularly known for the tag Sarz On The Beat/"Really", at the beginning or end of all his music productions.

Oluwaforijimi "Jimmy" Adewale Amu, professionally referred to by his stage name DJ Jimmy Jatt, is a Nigerian disc jockey who is revered as one of the pioneering hip hop DJs in Nigeria. He started out his music career as a rapper under the sobriquet Master J but delved into DJing after his failure in getting signed by a record label despite releasing a handful of songs including a demo recording. He is best known for his Jimmy's Jump Off concert, an event he started in 2008 to become one of the most attended entertainment events in Nigeria. In 2006, he won the Hip Hop World Hall of Fame award at the maiden edition of The Headies for his contribution to hip-hop in Nigeria.

Afrobeats, also known as Afro-pop, Afro-fusion, is an umbrella term to describe popular music from West Africa and the diaspora that initially developed in Nigeria, Ghana, and the UK in the 2000s and 2010s. Afrobeats is less of a style per se, and more of a descriptor for the fusion of sounds flowing out of Ghana and Nigeria. Genres such as hiplife, jùjú music, highlife and naija beats,Fuji music, among others, were amalgamated under the 'afrobeats' umbrella.

Zainab Elizabeth Donli, known as Lady Donli, is a Nigerian musician. She is an alternative R&B, hip hop, alternative jazz and Afrobeat singer and songwriter.

Olusegun Olowokere, known by his stage name Iceberg Slim, is an American-Nigerian rapper, and singer, widely known for his controversial self-proclaimed status as being "Better than M.I", which became the most talked about topic in the Nigerian hip hop space between June and August 2009, few months after he won the Nigeria Entertainment Awards, in the Best International Artist category.