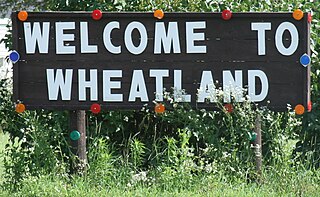 Wheatland is a city in Clinton County, Iowa, United States. The population was 764 at the 2010 census. 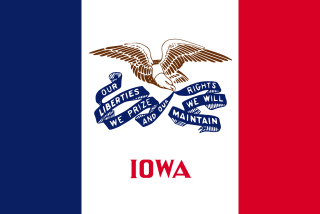 He was Professor of Christian Education at Princeton Theological Seminary from 1938 to 1954, and served as Dean of the seminary from 1955 to 1964.

Princeton Public Schools is a comprehensive community public school district that serves students in pre-kindergarten through twelfth grade from Princeton, New Jersey, United States. Students from Cranbury Township attend the district's high school as part of a sending/receiving relationship. The district administration building is at 25 Valley Road in Princeton.

He and his wife, Ruth W. Strassburger, raised six children.

John Henry Hobart was the third Episcopal bishop of New York (1816–1830). He vigorously promoted the extension of the Episcopal Church in Central and Western New York. He founded the General Theological Seminary in New York City and Geneva College, later renamed Hobart Free College in 1852 after him, in Geneva, in the Finger Lakes area of upstate New York.

The International Standard Bible Encyclopedia refers to two different revisions of a Bible encyclopedia. The first version was published under the general editorship of the fundamentalist James Orr (1844–1913), among other objectives to counteract the impact of higher criticism.

The Divinity School at Duke University in Durham, North Carolina, is one of ten graduate or professional schools within Duke University. It is also one of thirteen seminaries founded and supported by the United Methodist Church. It has 39 regular rank faculty and 15 joint, secondary or adjunct faculty, and, as of 2017, an enrollment of 543 Full-time equivalent students. The current dean of the Divinity School is the Rev. Dr. L. Gregory Jones, who assumed the deanship on Aug. 2, 2018 after previously serving as dean from 1997-2010. Former deans include the prominent New Testament scholar Richard B. Hays, who stepped down in 2015. 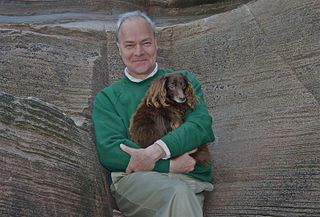 Iain Richard Torrance, is a retired Church of Scotland minister, theologian and academic. He is Pro-Chancellor of the University of Aberdeen, Honorary Professor of Early Christian Doctrine and Ethics at the University of Edinburgh, President and Professor of Patristics Emeritus at Princeton Theological Seminary, and a Extra Chaplain to Her Majesty Queen Elizabeth II in Scotland. He was formerly Moderator of the General Assembly of the Church of Scotland, Dean of the Chapel Royal in Scotland, and Dean of the Order of the Thistle. He is married to Morag Ann, whom he met while they were students at the University of St Andrews, and they have two children.

Wayne Kenton Clymer was a retired American Bishop of the United Methodist Church, elected in 1972. He also distinguished himself as a Pastor in the Evangelical United Brethren Church (E.U.B.); as a Preacher and Lecturer; as a Professor, Dean and President of an E.U.B./U.M. Seminary; as a Delegate to United Nations and Ecumenical church bodies; and as an author.

Don H. Compier became Dean of the Bishop Kemper School for Ministry in Topeka, KS, in July 2014. BKSM is a joint project of the Episcopal Dioceses of Nebraska, Western Kansas, Kansas, and West Missouri. It uniquely seeks to educate candidates for ordained ministry, both priests and deacons, together with lay ministers. The school is strongly committed to making quality theological education affordable and accessible to all. Compier was ordained a priest in the Episcopal Church in January 2015.

George Edward Councell was the 11th Bishop of the Episcopal Diocese of New Jersey and the 990th in succession in the Episcopal Church. He was elected bishop on May 3, 2003, and consecrated on October 18, 2003, at Trinity Cathedral in Trenton. Officially, Councell followed Joe Morris Doss as Bishop of New Jersey after Doss was forced to resign amidst controversy. David B. Joslin served as assisting bishop while the diocese organized to elect its 11th bishop. 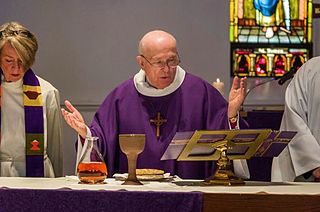 Frederick Houk Borsch was the Episcopal bishop of Los Angeles from 1988 to 2002, then served as interim dean of the Berkeley Divinity School at Yale University and chair of Anglican studies at the Lutheran Theological Seminary at Philadelphia. Remembered particularly for the development of Spanish-speaking congregations, the founding of the Episcopal Urban Intern Program, his leadership in environmental stewardship, the building of the Cathedral Center of St. Paul, and advocacy for poverty-wage workers and the living wage while bishop in Los Angeles, he also served for twelve years as the chair of the House of Bishops' Theology Committee and as a member of the design and steering teams for the 1988 and 1998 Lambeth Conferences, chairing the section "Called to be a Faithful Church in a Plural World" in 1998. Working with the Standing Commission on Human Affairs, he helped the General Convention of 1994 to include in the church's canons sexual orientation in the non-discriminatory clauses for ordination.

Rienk Bouke Kuiper was born in Garrelsweer, in the municipality of Loppersum, in the Netherlands. His family moved to Grand Haven, Michigan in 1891 when his father accepted a call to be minister of the Christian Reformed congregation there. Kuiper graduated from the University of Chicago ; Indiana University ; Calvin Theological Seminary ; and Princeton Seminary. He served as the pastor of several congregations in West Michigan, including one in the Reformed Church in America.

John Christian Frederick Heyer was the first missionary sent abroad by Lutherans in the United States. He founded the Guntur Mission in Andhra Pradesh, India. "Father Heyer" is commemorated as a missionary in the Calendar of Saints of the Lutheran Church on November 7, along with Bartholomaeus Ziegenbalg and Ludwig Ingwer Nommensen. 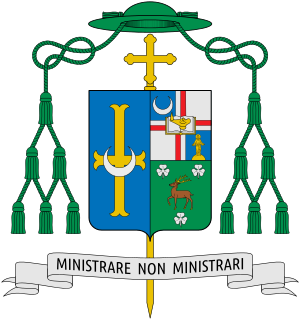 David Michael O'Connell is a member of the Congregation of the Mission, commonly called the Vincentian Fathers, and a past President of the Catholic University of America in Washington, DC. He is currently the Roman Catholic bishop of the Diocese of Trenton, New Jersey, in the United States.

Michael (Dahulich) is an Orthodox archbishop in the Orthodox Church in America Diocese of New York and New Jersey. He is the former dean of St. Tikhon's Orthodox Theological Seminary in South Canaan, Pennsylvania, and serves there as Rector and Associate Professor of New Testament and Ethics.

Charles Jahleel Woodbridge was an American Presbyterian missionary, minister, seminary professor, founding member of the National Association of Evangelicals, and author of The New Evangelicalism.

Stone Hill Church of Princeton is a gospel-centered, nondenominational church in Princeton, New Jersey, United States. The church was founded in 1956 as Westerly Road Church at the intersection of Westerly and Wilson Roads. In 2013 it constructed a new facility and relocated to 1025 Bunn Drive and changed its name to Stone Hill Church of Princeton. The Rev. Dr. Matthew P. Ristuccia, a member of the Princeton University class of 1975, has served as senior pastor since 1985.

Myron Augsburger is an American Mennonite pastor, professor, theologian, and author. He is the former president of both Eastern Mennonite College and the Council for Christian Colleges and Universities.

Thomas Edward "Tom" Breidenthal is the ninth and current bishop of the Episcopal Diocese of Southern Ohio. Thomas E. Breidenthal was born in Jersey City, New Jersey, the son of Leslie T. and Ruth Veach Breidenthal. He was raised in Europe and the Midwest until his family settled in Eugene, Oregon. Breidenthal attended high school as a theater major at the Interlochen Arts Academy. He earned a B.A. from Portland State University and an M. A. in English Literature from the University of Victoria. He received his M.Div. from the Church Divinity School of the Pacific in 1981.