Alfons Fryland was an Austrian film actor. He appeared in 47 films between 1921 and 1933. He was born in Vienna, Austria-Hungary and died in Graz, Austria. 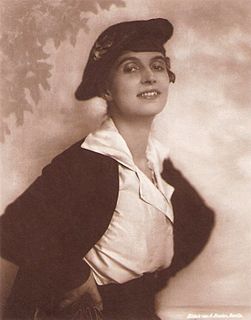 Erna Morena was a German film actress, film producer, and screenwriter of the silent era. She appeared in 104 films between 1913 and 1951.

Carl Boese was a German film director, screenwriter, and producer. He directed 158 films between 1917 and 1957.

Karl Hasselmann was a German cinematographer who worked on over a hundred films during a long career. He collaborated with Ewald André Dupont on a number of productions for Gloria Film such as Whitechapel. He worked on eleven films with Karl Grune.

National Film or National-Film was a German film production and distribution company which operated during the silent and early sound era. In the early 1920s it made an attempt to take over Erich Pommer's Decla-Bioscop, but the projected merger failed and Decla instead joined with the major studio UFA. While Decla was generally in favour of joining with National, it was pressured by its creditors Deutsche Bank to merge with UFA.