The Farebrother-Sullivan Trophy is a Fijian rugby union competition open to the regional representative teams of the districts of Fiji.

The trophy was offered to the Fiji Rugby Union by JJ Sullivan and AS Farebrother, the latter being the manager of the first Fijian team to play abroad in 1924. [1]

Between 1941 and 1953, this competition was disputed in the form of cup between the regional district teams. Five of them would participate to the first edition in 1941. Since 1954, the competition develops around a match: the holder of the trophy accept the challenges from the other teams and the trophy is attributed to the winning team. This format is also used in New Zealand, in the Ranfurly Shield. [2] The challenges generally are played at the end of summer and in autumn. In case of draw, the defending champion keeps the trophy. Practically, only the three teams from the first division of the regional competition, the Colonial Cup, compete, but for three times, a team from the inferior division, the B-Division, challenged the defending champion. Suva, won the trophy between 1941 and 1947, undefeated in 1951. Nadroga dominated the competition in the 1970s, establishing the record of 28 consecutive wins, before Nadi came to join the competition in the 1980s. In the late 1990s, Lautoka and then, Naitasiri, founded in 1998, became the fourth and fifth great names of the competition.

The defending champion is listed first. The victorious challengers are signed with a ° 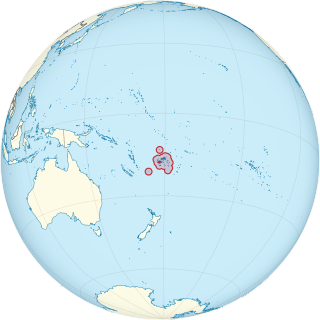 The Skipper Cup is the Fiji Rugby Union's national provincial rugby union championship. The competition runs from May to September and is contested between the country's top 12 provincial sides. At the end of the competition the top 4 teams qualify for the semi-finals, with the winners moving on to the final. The competition has been sponsored by the phone company Digicel since 2008. Prior to that the trophy was called the Sanyo Cup.

The Inter-District Championship (IDC) is the most important event in the Fiji Football Association calendar. Teams representing various football playing districts of Fiji have taken part in this annual event every year, except 1987 due to disruptions caused by military coups, since the formation of the Association in 1938. Teams compete for the coveted Lloyd Farebrother Trophy, donated by the first President of the Fiji Football Association, A.S. Farebrother and Lloyd and Company.

The Battle of the Giants is a football competition held every year, under the auspices of the Fiji Football Association in which the top district teams take part.

The 2007 Colonial Cup was rugby union competition held in Fiji. The Fiji Rugby Union controls the Colonial Cup which is used to pick players for the Fiji national team.

Bua F.C. also known as Bua Football Association is a semi-professional Fijian football team playing in the second division of the Fiji Football Association competitions. It is based in Bua, which is a province on the western end of the island of Vanua Levu. Their home stadium is Bua Primary School Ground. Their uniform includes orange shirt.

2Day FM is an English language commercial FM radio station broadcasting in Suva, Fiji, on the frequencies of 95.4 MHz in Suva, Nadi, Lautoka, Yasawa, Labasa, Savusavu, and Taveuni, on 95.2 MHz in Sigatoka and Ba, 95.6 MHz in Tavua and Vatukoula, and 95.8 MHz in Rakiraki and is part of Fiji Broadcasting Corporation's Network, The Naitional Broadcaster of Fiji, who also owns FBC TV, Radio Fiji One, Radio Fiji Two, Bula FM, Gold FM (Fiji), and Mirchi FM in Fiji.

Maseikula Gaunavou is a Fijian rugby union player. He plays for Suva Highlanders in the Colonial Cup.

The Fiji Senior League or the Vodafone Senior League for sponsorship reasons, is the second-highest division within the Fiji football league system after the Fiji Premier League. It is currently contested by 12 teams with two groups of 6 teams and is ran and overseen by the Fiji Football Association in Fiji.

The 2020 Fiji Senior League is the second-highest division within the Fiji football league system after the Fiji Premier League in Fiji Senior League. It is currently contested by 11 teams with two groups of 5 and 6 teams and is run and overseen by the Fiji Football Association.