Since 2014, the Fiji under-20 team has been invited to compete at the Australian Under 20 Rugby Championship.

In June 2008 Wales hosted the 2008 IRB Junior World Championship. Fiji lost all of its pool matches, going down to England 41-17 then losing to Australia by 53-17 before going down in a close match against Canada by 10-17. In the 13th-16th Places Playoffs, Fiji beat USA before going down to Tonga and finishing 14th overall out of 16.

In June 2009, Japan hosted the 2009 IRB Junior World Championship. Fiji lost its first two matches against South Africa (36-10) and France (48-25) before defeating Italy by 20-14 with tries to Ledua and Matawalu. Fiji lost out to Scotland in the Semi final play offs and then losing to Argentina in the 11th place play off and finished overall at 12th position and due to its 12th finish, qualified for the next championship in 2010 which was reduced to 12 teams.

In June 2010, Argentina hosted the 2010 IRB Junior World Championship. Fiji played its first game against 2 times winners New Zealand going down 44-11 with tries to Christopher Nasiganyavi and 2 penalties to Josh Matavesi. They were thumped 31-13 by Wales but accounted for Samoa beating them 15-12. In the 5th place play-off, Fiji were beaten 44-9 by France before losing to Wales again in the 7th place play off by 39-15 and finishing 8th overall.

In June 2011, Italy hosted the 2011 IRB Junior World Championship. Fiji played its first game against France losing 24-12 before getting thrashed 50-25 by Australia. Fiji then went on to beat Tonga 36-18. In the 5th-8th place play-off, Fiji thrashed Wales by 34-20 before getting thrashed by South Africa by 104-17 who scored 14 tries to 2. Even after the loss, Fiji finished at its best ever position of 6th.

The Fiji national cricket team is the team that represents the Republic of Fiji in international cricket. They have been an associate member of the International Cricket Council (ICC) since 1965, although the team's history goes back to the late 19th century.

Suva Grammar School is a secondary school in Suva, Fiji. The school caters 6 streams for Forms 3 to 6 and 4 streams for Form 7. Suva Grammar has a school population of approximately 1300 students. The school is in a location near the heart of the city and by the seaside. They are known to be very competitive in sports particularly in athletics at secondary school level during the annual Coca-Cola games & in the local secondary school's rugby union competition, the annual Dean's Trophy, against rival competitors Marist Brothers High School, QVS, Lelean Memorial School and RKS

The World Rugby Under 20 Championship is an international rugby union competition. The event is organised by the sport's governing body, World Rugby, and is contested by 12 men's junior national teams with an under-20 age requirement. This event replaced the IRB's former age-grade world championships, the Under 19 and Under 21 World Championships.

The Canada under 20 rugby team is the junior national rugby union team from Canada. It replaced the two former age grade teams Under 19's and Under 21s in 2008. The team competed at the IRB Junior World Championships in 2008 and 2009 but have been relegated to the IRB Junior World Rugby Trophy for 2010.

Joshua Lewis Matavesi is a Cornish rugby union player. He currently plays for English Premiership club Bath and the Fiji national team. Matavesi was born in England to an English mother and Fijian father.

The 2012 IRB Junior World Championship was the fifth annual international rugby union competition for Under 20 national teams. This competition replaced the now defunct Under 19 and Under 21 world championships. The event was organised in South Africa between 4 and 22 June 2012 by rugby's governing body, the IRB. A total of 12 nations played in the tournament. New Zealand came into the tournament as defending champions. South Africa were crowned 2012 champions after defeating New Zealand 22 - 16 in the final on the 22 June at Newlands Stadium.

The Tonga national under-20 rugby union team competes in the IRB Junior World Championship since its inception in 2008. It replaced the former under 19 and 21 world championships. They have appeared in every competition since.

Tevita Kuridrani is an Australian rugby union player of Fijian descent. His usual position is outside-centre. He plays for the Brumbies in Super Rugby and represents Australia in international rugby. 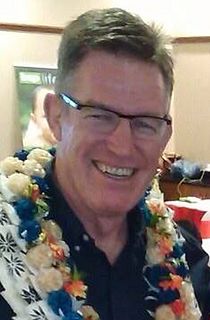 Viliame Rarasea is a Fijian rugby union player who currently plays as a lock for Counties Manukau in New Zealand's domestic Mitre 10 Cup.