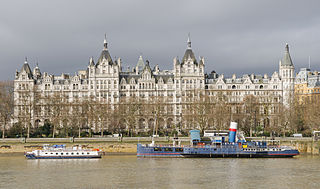 Whitehall Court in London, England, is one contiguous building but consists of two separate constructions; the end occupied by the National Liberal Club was designed by Alfred Waterhouse, the major part was designed by Archer & Green.

The club was founded in 1842 by the agricultural writer William Shaw, who invited the founder members from the newly formed Royal Agricultural Society of England, and the Smithfield Club. Shaw's letter set out that the club would be "a gathering place for farmers which could also serve as a platform, from which would go out to England news of all that was good in farming, with reports of any discussions about those things that needed to be done."

William Shaw"of the strand" (1797–1853) was a British agricultural writer, editor and translator, first editor of the agricultural journal Mark Lane Express, and of The Farmer's almanac and calendar, and co-founder of the Farmers Club in 1842. He is known for advocating agricultural reforms and improvements.

The Royal Agricultural Society of England (RASE) promotes the scientific development of English agriculture. It was established in 1838 with the motto "Practice with Science" and received its Royal Charter from Queen Victoria in 1840. The RASE today is based in Kenilworth, Warwickshire.

The club frequently moved premises in its first 60 years. Its inaugural meeting on 9 December 1842 was held in a pub, the Hereford Arms, in King Street, Covent Garden. By April 1893 the club has secured rooms at the York Hotel in Bridge Street, Blackfriars. After several further moves, the club settled on some rooms at 2 Whitehall Court, which it occupied between 1904 and 1942. Whitehall Court is an apartment block built in 1883-87 by the architect firm Archer & Green, with finance from the disgraced MP Jabez Balfour, who used the building's construction to conceal his embezzlement of funds.

Covent Garden is a district in London, on the eastern fringes of the West End, between St Martin's Lane and Drury Lane. It is associated with the former fruit-and-vegetable market in the central square, now a popular shopping and tourist site, and with the Royal Opera House, which itself may be referred to as "Covent Garden". The district is divided by the main thoroughfare of Long Acre, north of which is given over to independent shops centred on Neal's Yard and Seven Dials, while the south contains the central square with its street performers and most of the historical buildings, theatres and entertainment facilities, including the London Transport Museum and the Theatre Royal, Drury Lane.

Blackfriars is an area of central London, which lies in the south-west corner of the City of London. 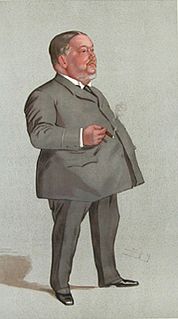 In 1942, it moved sideways in the same block of flats to its current premises, which were formed by merging several apartments in 3 Whitehall Court. The rest of the block remains largely residential, and the club's former rooms now make up part of the Royal Horseguards Hotel, owned by Thistle Hotels.[ citation needed ]

The Royal Horseguards Hotel is a 5-star London hotel situated in the area of Whitehall. It is operated by Guoman Hotels, a subsidiary of Thistle Hotels. 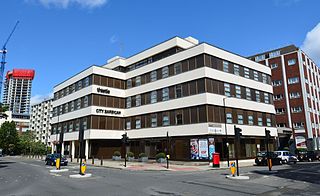 Thistle Hotels, run by glh., is a UK-based hotel company with a portfolio of 8 Central London hotels and Thistle Poole in Dorset, operating in the three and four star sector.

The Club comprises bedrooms, function rooms, the Restaurant, Bar and Lounge and has a terrace overlooking the river Thames.[ citation needed ] 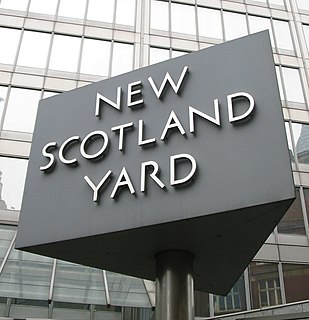 Scotland Yard is a metonym for the headquarters of the Metropolitan Police Service (MPS), the territorial police force responsible for policing all 32 boroughs of London, excluding the City of London.

Burlington House is a building on Piccadilly in Mayfair, London. It was originally a private Palladian mansion owned by the Earls of Burlington and was expanded in the mid-19th century after being purchased by the British government.

The Royal Automobile Club is a British private social and athletic club that is not to be confused with RAC Limited, an automotive services company, which it formerly owned.

Bow Street Magistrates' Court became one of the most famous magistrates' court in England. Over its 266-year existence it occupied various buildings on Bow Street in Central London, immediately north-west of Covent Garden. It closed in 2006 and its work moved to a set of four Magistrates' Courts: Westminster, Camberwell Green, Highbury Corner and the City of London Magistrates' Court.

The University Women's Club, formerly the University Club for Ladies, is a British private members club founded in 1883. As the popular gentlemen's clubs did not accept any women as members, its creation was intended to provide an equivalent club accessible to women. By its own definition, it is a club for "graduate and professional women of varied backgrounds and interests". Members include lawyers, scientists, writers and musicians, as well as businesswomen.

The Quadrangle Club is the name of a membership club at the University of Chicago. It is located at 1155 East 57th Street in Chicago. It has a full-service dining room, a bar, several lounges, and sleeping quarters for members and/or their guests. It has 17 sleeping rooms, including 5 suites with an extra sitting room. It is one of the few locations in the city of Chicago that has Har-Tru (clay) tennis courts. 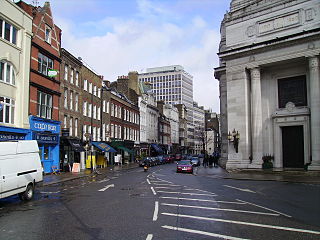 Gower Street is a street in Bloomsbury, central London, running from Montague Place in the south to Euston Road at the north. The street continues as North Gower Street north of the Euston Road. To the south it becomes Bloomsbury Street.

Dover Street is a street in Mayfair, London. The street is notable for its Georgian architecture as well as the location of historic London clubs and hotels, which have been frequented by world leaders and historic figures in the arts. It also hosts a number of contemporary art galleries. An equestrian sculpture by Elisabeth Frink stands on the junction of Dover Street and Piccadilly, opposite the Ritz Hotel. 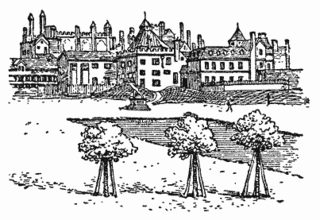 The Cockpit-in-Court was an early theatre in London, located at the rear of the Palace of Whitehall, next to St. James's Park, now the site of 70 Whitehall, in Westminster.

John Jabez Edwin Paisley Mayall was an English photographer who in 1860 took the first carte-de-visite photographs of Queen Victoria. 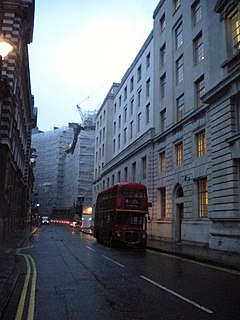 Great Scotland Yard is a street in the St. James's district of Westminster, London, connecting Northumberland Avenue and Whitehall. It is best known as the location of the rear entrance to the original headquarters of the Metropolitan Police Service of London, giving it the name "Scotland Yard".

The Green Room Club was a London-based club, primarily for actors, but also for lovers of theatre, arts and music. It was established in 1877 in a restaurant in Piccadilly Circus, and moved to premises on Adam Street in 1955, where it remained until its closure in 2004. 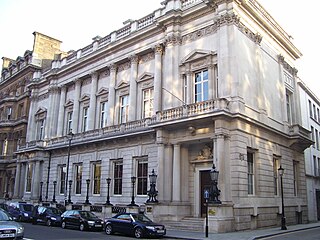 The Corinthia Hotel London, at the corner of Northumberland Avenue and Whitehall Place in central London, is a luxury hotel and former British Government building, located on a triangular site between Trafalgar Square and the Thames Embankment.

Henry Corbet was an English agricultural writer, and editor of the weekly The Mark Lane Express Agricultural Journal for twenty years. Together with John Morton he is considered one of "the leading agricultural editors during the most prosperous period of Victorian 'high farming' of the 1850s and 1860s."