Frederick Schauer (born 15 January 1946) is the David and Mary Harrison Distinguished Professor of Law at the University of Virginia and Frank Stanton Professor (Emeritus) of the First Amendment at the Kennedy School of Government, Harvard University. [1] [2] He is well known for his work on American constitutional law, especially free speech, and on legal reasoning, especially the nature and value of legal formalism. In 2013, Schauer was the third highest paid professor at UVA Law, earning $302,000 that year. [3]

In his 1982 book Free Speech: A Philosophical Enquiry, Schauer says that government attempts to restrict freedom of expression have resulted in a disproportionate number of government mistakes. He argued that when governments restrict expression, they are incentivized to censor criticism of themselves, which makes it harder for them to assess the cost and benefits of their subsequent actions. [4] At the University of Chicago Law School, wrote an essay with Barbara Spellman, called " Analogy, Expertise, and Experience." [5]

Corporate personhood is the legal notion that a corporation, separately from its associated human beings, has at least some of the legal rights and responsibilities enjoyed by natural persons. In the United States and most countries, corporations, as legal persons, have a right to enter into contracts with other parties and to sue or be sued in court in the same way as natural persons or unincorporated associations of persons. In a U.S. historical context, the phrase 'Corporate Personhood' refers to the ongoing legal debate over the extent to which rights traditionally associated with natural persons should also be afforded to corporations. A headnote issued by the Court Reporter in the 1886 Supreme Court case Santa Clara County v. Southern Pacific Railroad Co. claimed to state the sense of the Court regarding the equal protection clause of the Fourteenth Amendment as it applies to corporations, without the Court having actually made a decision or issued a written opinion on that point. This was the first time that the Supreme Court was reported to hold that the Fourteenth Amendment's equal protection clause granted constitutional protections to corporations as well as to natural persons, although numerous other cases, since Dartmouth College v. Woodward in 1819, had recognized that corporations were entitled to some of the protections of the Constitution. In Burwell v. Hobby Lobby Stores, Inc. (2014), the Court found that the Religious Freedom Restoration Act of 1993 exempted Hobby Lobby from aspects of the Patient Protection and Affordable Care Act because those aspects placed a substantial burden on the company's owners' free exercise of closely held religious beliefs.

In the United States, freedom of speech and expression is strongly protected from government restrictions by the First Amendment to the United States Constitution, many state constitutions, and state and federal laws. The Supreme Court of the United States has recognized several categories of speech that are given lesser or no protection by the First Amendment and has recognized that governments may enact reasonable time, place, or manner restrictions on speech. The First Amendment's constitutional right of free speech, which is applicable to state and local governments under the incorporation doctrine, only prevents government restrictions on speech, not restrictions imposed by private individuals or businesses unless they are acting on behalf of the government. However, laws may restrict the ability of private businesses and individuals from restricting the speech of others, such as employment laws that restrict employers' ability to prevent employees from disclosing their salary with coworkers or attempting to organize a labor union.

First National Bank of Boston v. Bellotti, 435 U.S. 765 (1978), is a U.S. constitutional law case which defined the free speech right of corporations for the first time. The United States Supreme Court held that corporations have a First Amendment right to make contributions to ballot initiative campaigns. The ruling came in response to a Massachusetts law that prohibited corporate donations in ballot initiatives unless the corporation's interests were directly involved. 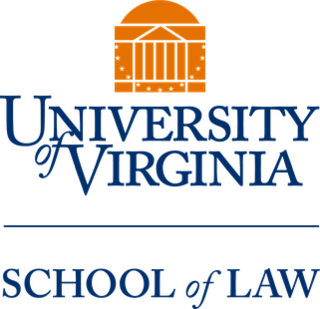 The University of Virginia School of Law was founded in Charlottesville in 1819 by Thomas Jefferson as part of his "academical village," the University of Virginia, where law was one of the original disciplines taught. UVA Law is the fourth-oldest active law school in the United States and the second-oldest continuously operating law school. The law school offers the J.D., LL.M., and S.J.D. degrees in law and hosts visiting scholars, visiting researchers and a number of legal research centers.

Reva B. Siegel is the Nicholas deB. Katzenbach Professor of Law at Yale Law School. Siegel's writing draws on legal history to explore questions of law and inequality, and to analyze how courts interact with representative government and popular movements in interpreting the Constitution. She is currently writing on the role of social movement conflict in guiding constitutional change, addressing this question in recent articles on reproductive rights, originalism and the Second Amendment, the "de facto ERA," and the enforcement of Brown. Her publications include Processes of Constitutional Decisionmaking ; The Constitution in 2020 ; and Directions in Sexual Harassment Law. Professor Siegel received her B.A., M.Phil, and J.D. from Yale University, clerked for Judge Spottswood Robinson on the D.C. Circuit, and began teaching at the University of California at Berkeley. She is a member of the American Academy of Arts and Sciences, and is active in the American Society for Legal History, the Association of American Law Schools, the American Constitution Society, in the national organization and as faculty advisor of Yale's chapter. She was elected to the American Philosophical Society in 2018.

Michael William McConnell is a constitutional law scholar who served as a United States Circuit Judge of the United States Court of Appeals for the Tenth Circuit from 2002 until 2009. Since 2009, McConnell has served as a professor and Director of the Stanford Constitutional Law Center at Stanford Law School. He is also a senior fellow at Stanford University's Hoover Institution, and Senior Of Counsel to the Litigation Practice Group at Wilson Sonsini Goodrich & Rosati. 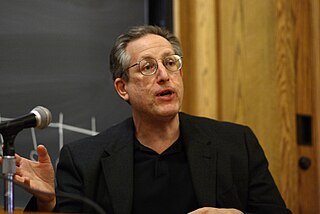 Jack M. Balkin is an American legal scholar. He is the Knight Professor of Constitutional Law and the First Amendment at Yale Law School. Balkin is the founder and director of the Yale Information Society Project (ISP), a research center whose mission is "to study the implications of the Internet, telecommunications, and the new information technologies for law and society." He also directs the Knight Law and Media Program and the Abrams Institute for Free Expression at Yale Law School.

Burt Neuborne is the Norman Dorsen Professor of Civil Liberties at New York University School of Law and the founding legal director of the Brennan Center for Justice.

In law, commercial speech is speech or writing on behalf of a business with the intent of earning revenue or a profit. It is economic in nature and usually attempts to persuade consumers to purchase the business's product or service. The Supreme Court of the United States defines commercial speech as speech that "proposes a commercial transaction".

Rosenberger v. Rector and Visitors of the University of Virginia, 515 U.S. 819 (1995), was an opinion by the Supreme Court of the United States regarding whether a state university might, consistent with the First Amendment, withhold from student religious publications funding provided to similar secular student publications. The University provided funding to every student organization that met funding-eligibility criteria, which Wide Awake, the student religious publication fulfilled. The University of Virginia defense claimed that denying student activity funding of the religious magazine was necessary to avoid the University's violating the Establishment Clause of the First Amendment.

Robert Marchant O'Neil was an American lawyer and educator. A specialist in constitutional law, he served as president of the University of Virginia (1985-1990) and created the Thomas Jefferson Center for the Protection of Free Expression, whose director he became (1990-2010). During these years, O'Neil remained associated with the University's Law School, where he taught courses in the First Amendment and the Arts, Speech and Press, Church and State, and Free Speech in Cyberspace.

William "Bill" N. Eskridge Jr., is the John A. Garver Professor of Jurisprudence at Yale Law School. He is one of the most cited law professors in America, ranking sixth overall for the period 2010-2014. He writes primarily on constitutional law, legislation and statutory interpretation, religion, marriage equality, and LGBT rights.

Free Speech, "The People's Darling Privilege": Struggles for Freedom of Expression in American History is a non-fiction book about the history of freedom of speech in the United States written by Michael Kent Curtis and published in 2000 by Duke University Press. The book discusses the evolution of free speech in the U.S. within the context of the actions of individuals and how they affected change. The author writes that protests and actions by citizens helped to evolve the notions surrounding free speech in the U.S. before definitive statements on the matter from U.S. courts. Curtis writes that free speech rights were first developed in "the forum of public opinion", and that, "The history of free speech shows the need for broadly protective free speech rules applied generally and equally".

NAACP v. Button, 371 U.S. 415 (1963), is a 6-to-3 ruling by the Supreme Court of the United States which held that the reservation of jurisdiction by a federal district court did not bar the U.S. Supreme Court from reviewing a state court's ruling, and also overturned certain laws enacted by the state of Virginia in 1956 as part of the Stanley plan and massive resistance, as violating the First and Fourteenth Amendments to the United States Constitution. The statutes here stricken down by the Supreme Court had expanded the definitions of the traditional common law crimes of champerty and maintenance, as well as barratry, and had been targeted at the NAACP and its civil rights litigation.

Martin H. Redish is the Louis and Harriet Ancel Professor of Law and Public Policy at the Northwestern University Pritzker School of Law. Redish has written 19 books and over a hundred law review articles in the areas of civil procedure and constitutional law, among others. He is among the most frequently cited American legal scholars. 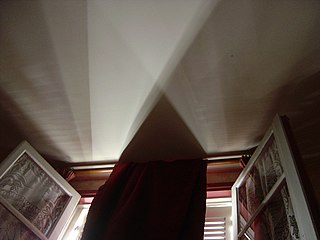 In United States constitutional law, the penumbra includes a group of rights derived, by implication, from other rights explicitly protected in the Bill of Rights. These rights have been identified through a process of "reasoning-by-interpolation", where specific principles are recognized from "general idea[s]" that are explicitly expressed in other constitutional provisions. Although researchers have traced the origin of the term to the nineteenth century, the term first gained significant popular attention in 1965, when Justice William O. Douglas's majority opinion in Griswold v. Connecticut identified a right to privacy in the penumbra of the constitution.