From Here to Eternity (Envy album)

From Here To Eternity is the debut full-length album and second overall release by Japanese screamo band Envy. It was released in Japan in 1998 by the label H.G. Fact in both CD and LP formats. As has been noted by reviewers, [1] this album shows a logical progression from the previous one, and indicates to the listener which direction the band will take their sound in the future. 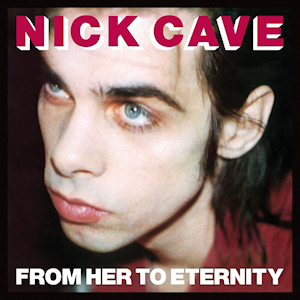 From Her to Eternity is the debut studio album by Nick Cave and the Bad Seeds, released on 18 June 1984 on Mute. Produced by Flood and the band itself, the album's title is a pun on the James Jones novel, From Here to Eternity, and its subsequent 1953 film adaptation.

From Here to Eternity: Live is a live album by English punk rock band The Clash. It was released on 4 October 1999 through Epic Records. The songs were recorded at different shows. Some of the recordings featured also appear in the film Rude Boy. "London's Burning", "What's My Name" and "I Fought the Law" were instrumentally overdubbed to repair some technical deficiencies of the original live recording. 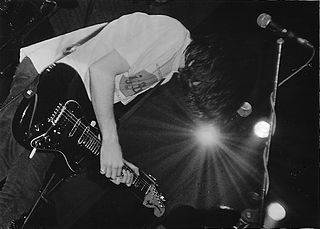 Loop are an English rock band, formed in 1986 by Robert Hampson in Croydon. The group topped the UK independent charts with their albums Fade Out (1989) and A Gilded Eternity (1990). Their dissonant "trance-rock" sound drew on the work of artists like the Stooges, Suicide and Can, and helped to resurrect the concept of space rock in the late 1980s.

Into Eternity is a Canadian progressive metal band from Regina, Saskatchewan, formed in 1997 by Tim Roth, Scott Krall and Jim Austin.

To/Die/For are a gothic metal band from the town of Kouvola in southeast of Finland, assembled in 1993 as a hard rock band under the name Mary-Ann. In 1999, they decided to change their musical style to gothic metal, changing their band name as well. The band disbanded on 13 April 2009, but has reformed as of 4 July 2009, and played their final concert at John Smith Festival in Finland on June 22, 2016. They reformed once again in early 2020.

Forged by Fire is the third full-length album by Greek power metal band Firewind and their first released through Century Media. From this album onwards, Gus G is the sole ever-present in their professional discography, following the replacement of Stephen Fredrick with Chitral "Chity" Somapala. It is also the first album to feature keyboardist Bob Katsionis.

Joshua Robert Hampson is an English musician and composer, known primarily as a guitarist in the band Loop, which he co-founded in London in 1985 with his then-girlfriend Becky "Bex" Stewart. Loop recorded three albums, the last of which, A Gilded Eternity (1990), made the UK Albums Chart. Following the band's breakup, Hampson formed the experimental project Main with Scott Dawson.

Envy on the Coast are a post-hardcore band from Long Island, New York. They released their second full length, Lowcountry, in March 2010. 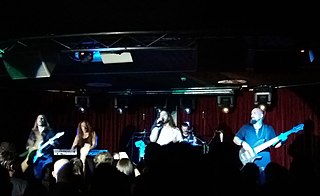 All The Footprints You've Ever Left And The Fear Expecting Ahead is an album by Japanese Rock Band Envy. It was released in Japan in 2001 by the label H.G. Fact in both CD and LP formats. Originally, the CD also saw a European release on France's Molaire Industries, and was distributed in the US on indie label Dim Mak. The album, along with A Dead Sinking Story, and Compiled Fragments 1997-2003, was re-released in February 2008 by the band's current US label, Temporary Residence Limited. The album has since been re-released in Europe by Rock Action Records. The album saw a marked change in sound from their previous efforts, and hinted strongly at their current sound.

The Incurable Tragedy is the fifth full-length studio album by Canadian progressive death metal band Into Eternity. The album was released on August 25, 2008, in Europe through Century Media Records. This is the first album which does not feature longtime drummer Jim Austin, and the first to feature new drummer Steve Bolognese, and guitarist Justin Bender.

FACT was a Japanese post-hardcore band, formed in December 1999 in Ibaraki Prefecture. 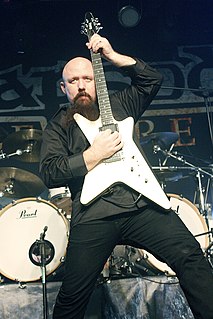 Tom Hess is a touring guitarist, recording artist and a former member of the band Rhapsody of Fire from 2010 until 2013. Hess also toured Europe and US with the band HolyHell and recorded the EP "Apocalypse" which landed on the charts in Germany, Austria and Switzerland. 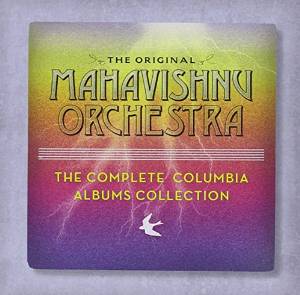 The Complete Columbia Albums Collection is a box set by Mahavishnu Orchestra. It came out in 2011 and it contains remastered versions of all the albums by the first incarnation of the band, including The Lost Trident Sessions which was to be the band's third studio album, recorded in 1973 but only released in 1999. Additionally, the first album The Inner Mounting Flame contains a bonus track, the live album Between Nothingness & Eternity was remixed and expanded, and the box includes a previously unreleased live CD called Unreleased Tracks from Between Nothingness & Eternity. The box comes with a 16-page booklet with short liner notes by John McLaughlin and Richard Seidel.

For All Eternity, formed in 2008, is an Australian metalcore band from Sydney, NSW. The band independently released an extended play, For All Eternity, in 2009. Their first studio album, Beyond the Gates, was released in 2012 with Taperjean Records and Shock Records. Their second studio album, Metanoia, was released with Facedown Records in 2015. This album would be their Billboard magazine breakthrough release on the Christian Albums and Heatseekers Albums charts. 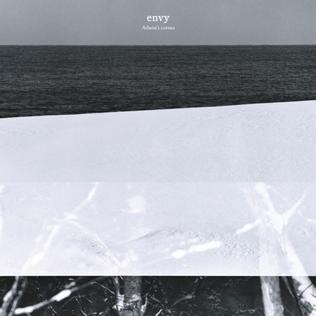 Atheist's Cornea is the sixth album from Japanese post-hardcore band Envy. Atheist's Cornea is Envy's shortest full-length release since 1998's From Here to Eternity and continues along the artistic path set by their preceding record Recitation. It is the last Envy release to feature founding guitarist Masahiro Tobita and founding drummer Dairoku Seki.

Diamond Star Halos is the twelfth studio album by the English rock band Def Leppard. It was released on 27 May 2022 through Bludgeon Riffola and Mercury Records, and is the band's first studio album in nearly seven years since 2015's Def Leppard. The album takes its name from the 1971 T. Rex single "Get It On" and includes imagery from Anton Corbijn, Maryam Malakpour, and Oliver and Joshua Munden.