Dominique Herr is a Swiss former football defensive midfielder who played throughout the 1980s and 1990s. 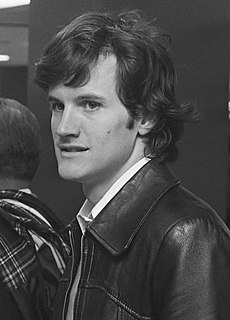 Dario Zuffi is a Swiss football coach and former international player. He is currently employed as assistant coach for FC Winterthur.

Erick Mombaerts is a French football manager and former player.

Marco Walker is a Swiss football manager and a former international who played as a defender during the 1980s, 1990s and 2000s.

Patrick De'mon Peterson Jr. is an American football cornerback for the Minnesota Vikings of the National Football League (NFL). He played college football at Louisiana State University (LSU), where he won the Chuck Bednarik Award as the best defensive player in the country, the Jim Thorpe Award as the best defensive back, and was unanimously recognized as an All-American. He was selected fifth overall by the Arizona Cardinals in the first round of the 2011 NFL Draft. Peterson was named to the Pro Bowl in each of his first eight seasons in the NFL. In 2021, he signed with the Vikings as a free agent after 10 seasons with Arizona.

The South Korea national under-20 football team represents South Korea in international youth football competitions. It is also managed as under-18 or under-19 team.

Basler Sportclub Old Boys, commonly known as BSC Old Boys, Old Boys Basel or simply Old Boys or when written just OB, is a Swiss sports club based in Basel. The club is mainly known for its football but it also has track, swimming and tennis sections. The association's colors are yellow and black.

The Israel national under-17 football team represents Israel in association football at the under-17 youth level, and is controlled by the Israel Football Association.

Cristian Ignacio Garín Medone is a Chilean professional tennis player. He has been ranked as high as world No. 17 by the Association of Tennis Professionals (ATP) in singles, which he first achieved on 13 September 2021, and is the current Chilean No. 1. He also has a career-high doubles ranking of world No. 206, achieved on 10 May 2021.

The Great Wall is a 2016 science fantasy action monster film directed by Zhang Yimou, with a screenplay by Carlo Bernard, Doug Miro and Tony Gilroy, from a story by Max Brooks, Edward Zwick and Marshall Herskovitz. An American and Chinese co-production starring Matt Damon, Jing Tian, Pedro Pascal, Willem Dafoe, and Andy Lau, the plot centers around a European mercenary warrior imprisoned by imperial Chinese forces within the Great Wall of China after arriving in search of gunpowder, eventually joining forces with the Chinese to help combat an alien threat. The Great Wall is Zhang's first English-language film.

Patrick Lavon Mahomes II is an American football quarterback for the Kansas City Chiefs of the National Football League (NFL). The son of former Major League Baseball (MLB) pitcher Pat Mahomes, he initially played college football and college baseball at Texas Tech University. Following his sophomore year, he quit baseball to focus solely on football. In his junior year, he led all NCAA Division I FBS players in multiple categories including passing yards (5,052) and total touchdowns (53). He was selected 10th overall by the Kansas City Chiefs in the 2017 NFL Draft.

The 2015 Emporia State Hornets football team represented Emporia State University in the 2015 NCAA Division II football season. The Hornets played their home games on Jones Field at Francis G. Welch Stadium in Emporia, Kansas, as they have done since 1937. 2015 was the 122nd season in school history. The Hornets were led by head coach Garin Higgins, who finished his fifteenth overall season, and ninth at Emporia State. Emporia State is a member of the Mid-America Intercollegiate Athletics Association.

Park Sung-hwa is a South Korean football manager and a former football player. He is a gold medalist in the 1978 Asian Games.

The Fussball Club Basel 1893 1991–92 season was their 98th season since the club's foundation. Charles Röthlisberger was the club's chairman for the fourth consecutive year. FC Basel played their home games in the St. Jakob Stadium. Following their relegation in the 1987–88 season this was their fourth season in the second tier of Swiss football. 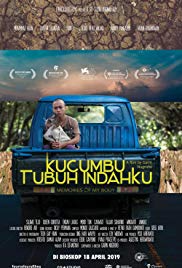 Kucumbu Tubuh Indahku is a 2018 Indonesian Javanese-language coming-of-age drama film directed by Garin Nugroho and produced by Ifa Isfansyah. The film tells the story of a dancer in the Lengger tradition, revolving around his introduction to it and finding his self-identity. The plot is loosely based on dancer Rianto's life; Rianto also stars in the film. The ensemble cast is Muhammad Khan, Sujiwo Tejo, Teuku Rifnu Wikana, Randy Pangalila, and Endah Laras.

The 2020 Argentina Open was a men's tennis tournament played on outdoor clay courts. It was the 23rd edition of the ATP Buenos Aires event, and part of the ATP Tour 250 series of the 2020 ATP Tour. It took place in Buenos Aires, Argentina, from February 10 through 16, 2020.

The history of FC Basel spans the period from 1893 to the present day. Due to the size, it has been divided into five sections. This page chronicles the history of FCB in detail for the years from 1965 to 2000, from Helmut Benthaus, then through seven years of second tier football, to a new football stadium. For detail on the other individual periods of the club's history, see the following articles: