Gary: Tank Commander is a BAFTA award-winning [1] Scottish sitcom, written and created by Greg McHugh, and produced by the Comedy Unit. The show originated in 2008 as a one-off pilot for More4, under the title Gary's War. [2] A full series was subsequently commissioned and broadcast on BBC Two Scotland in December 2009, with the programme moving to BBC One Scotland for the second series in January 2011. [3] Originally broadcast in Scotland only, in the summer of 2011 the series received a UK-wide screening on BBC Three. [4]

McHugh, who is also the screenwriter, plays the eponymous character, Gary McLintoch (the tank commander), a corporal in the fictional 104th Royal Tank Regiment of the British Army. He based the character on an old pal of his who was in the RAF from Callander, Big Stu Hutch. Filming for the third series began in April 2012. [5]

Each episode is about the lives of Gary and his three British Army friends after they have returned home to Callander, Scotland from military deployments. The first series follows the foursome's service in Iraq, while the second takes place after their time in Afghanistan. [6] [7]

Filming locations have included East Kilbride's Territorial Army (TA) Centre, Walcheren Barracks in Maryhill, Garelochhead Training Camp and the drill hall of the Glasgow and Strathclyde Universities Officer Training Corps. Clydebank has also featured as the "town centre" (episodes 1 and 3) and a location in Kirkintilloch was used for the Iraq army camp scenes (apparently, a section of land and a human-made hole were employed), both appearing in the first season.[ citation needed ]

The second series was again filmed at East Kilbride TA Centre and Maryhill, with Cambuslang's Dechmont ranges included. Locations also included the small village of Milton of Campsie, most notably the old railway line, used in the storyline that features the scattering of Gary's mother's ashes.[ citation needed ] For the second season's Afghanistan scenes, Hughes revealed in 2011 that filming was undertaken in Scotland. [8]

Most of the main characters, especially Gary, occasionally use Scots language when speaking, giving rise to some humorous situations throughout the show. A notable example occurs in series 1, episode 3 ("The General"), [9] when a visiting American general struggles to appropriately use the term "ken" ("know" or "understand"). The use of Scots language has not hindered the accessibility of the show to a broader English-speaking audience. [10] [11] [12]

The original pilot was filmed as a mockumentary, with interviews, archive news material, YouTube-style videos and "fly-on-the-wall" footage following Gary's return home from Iraq. [2] For the series, the show moved towards a traditional sitcom format, [1] although it retained the use of interspersed interviews and video clips.

Each episode contains several scenes where Gary is interacting with an unseen interviewer regarding a topic from the respective episode. The interviews are usually composed of Gary's idle thoughts and they help viewers to understand Gary. Occasionally, words or phrases (but rarely complete sentences) are subtitled in these interviews for emphasis. These subtitles are often presented with the use of subtle kinetic typography.

Each episode commences with a YouTube-style video clip (with an accompanying time meter) showing the soldiers and their antics whilst in Iraq (series one) or Afghanistan (series two) and further segments are spread throughout the episode. The clips are usually independent of the episode's plot but display the soldiers' sense of humour, creativity with equipment and their boredom during deployment.

Concerns arose regarding the show's portrayal of British Army soldiers and the offence it may cause Scottish viewers. McHugh subsequently dismissed these worries, stating that, "We hear lots about the death of troops, sadly, but we never hear about the more human side or the lighter side". [15] The concerns were proven to be unfounded and the programme was re-commissioned by the BBC, [16] thereafter returning for a second series. 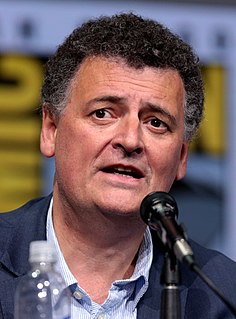 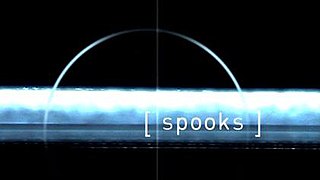 16 Air Assault Brigade is a formation of the British Army based in Colchester in the county of Essex. It is the Army's rapid response airborne formation and is the only brigade in the British Army focused on delivering air assault operations. 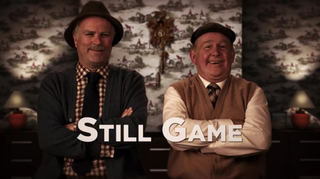 Still Game is a Scottish sitcom, produced by The Comedy Unit with BBC Scotland. It was created by Ford Kiernan and Greg Hemphill, who played the lead characters, Jack Jarvis and Victor McDade, two Glaswegian pensioners. The characters first appeared in the pair's previous TV sketch show Chewin' the Fat, which aired in Scotland from January 1999 until December 2005. 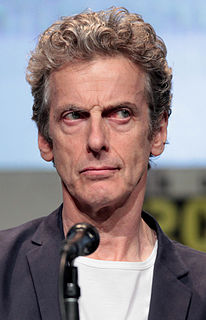 Peter Dougan Capaldi is a Scottish actor, filmmaker and singer. He portrayed the twelfth incarnation of the Doctor in Doctor Who (2013–2017) and Malcolm Tucker in The Thick of It (2005–2012), for which he has received four British Academy Television Award nominations, winning Best Male Comedy Performance in 2010. When he reprised the role of Tucker in the feature film In the Loop, Capaldi was honoured with several film critic award nominations for Best Supporting Actor.

4th Infantry Brigade and Headquarters North East, previously known as 4th Mechanized Brigade is a brigade formation of the British Army, currently based in Catterick, North Yorkshire as part of 1st Division. The brigade, now known as the 'Black Rats', was formed in 1939 and fought in the Second World War in the Western Desert Campaign in North Africa. The Black Rats were subsequently involved in the invasion of Sicily and fighting in Italy before taking part in the Battle of Normandy and the advance through Belgium, Holland and into Germany. 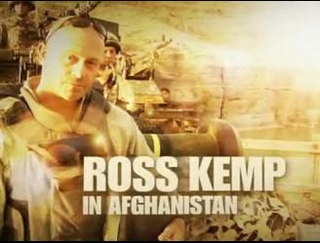 Ross Kemp in Afghanistan is a Sky One British documentary series fronted by actor Ross Kemp about the British soldiers fighting in the War in Afghanistan as part of the International Security Assistance Force (ISAF) mission against the Taliban. The first two series involved Kemp and a small embedded film crew following troops fighting in Helmand Province, documenting their part in the ongoing Operation Herrick.

Dead Set is a British horror comedy-drama miniseries written and created by Charlie Brooker and directed by Yann Demange. The show takes place primarily on the set of a fictional series of the real television show Big Brother. The five episodes, aired over five consecutive nights, chronicle a zombie outbreak that strands the housemates and production staff inside the Big Brother House, which quickly becomes a shelter from the undead. 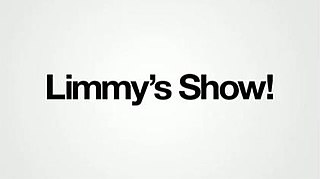 Limmy's Show! is a Scottish surreal comedy sketch show broadcast on BBC Two Scotland, written and directed by Brian "Limmy" Limond, who stars as himself and a variety of characters in a series of observational, surreal, dark and bizarre sketches. Limmy frequently breaks the fourth wall by directly talking to viewers through the camera. The show stars Brian Limond, Paul McCole, Alan McHugh, Kirstin McLean and Ryan Fletcher. The first series featured a completely different supporting cast, consisting of Debbie Welsh, Tom Brogan and Raymond Mearns. The show has received a cult following since its release.

Greg McHugh is a Scottish actor and writer. He is the creator, writer and star of the BBC1 comedy series Gary: Tank Commander. He also played Howard in the Channel 4 comedy Fresh Meat.

Scot Squad is a Scottish television mockumentary series about a fictional Scottish police force, made in a fly on the wall style. The show is a spoof of police documentaries such as Road Wars and Police Interceptors.

This is a list of events in Scottish television from 2016.