He currently serves as senior fellow of Economic Studies at the Brookings Institution. His main areas of expertise are "labor market policy, income distribution, population aging, social insurance, household saving, and the behavioral effects of taxes and government transfers." [1] 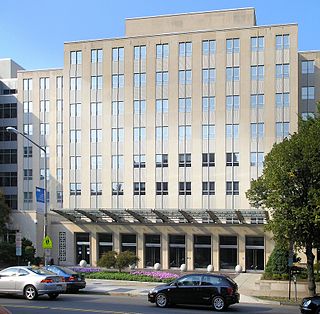 The Brookings Institution is an American research group founded in 1916 on Think Tank Row in Washington, D.C. It conducts research and education in the social sciences, primarily in economics, metropolitan policy, governance, foreign policy, and global economy and development. Its stated mission is to "provide innovative and practical recommendations that advance three broad goals: strengthen American democracy; foster the economic and social welfare, security and opportunity of all Americans; and secure a more open, safe, prosperous, and cooperative international system."

According to Amazon.com Burtless has published the following books:

Henry Jacob Aaron (b.1936) is an American policy analyst and economist. He is the Bruce and Virginia MacLaury Senior Fellow in the Economic Studies Program at the Brookings Institution, where he has been employed since 1968. He served as director of the program from 1990 through 1996.

Welfare is a type of government support for the citizens of that society. Welfare may be provided to people of any income level, as with social security, but it is usually intended to ensure that the poor can meet their basic human needs such as food and shelter. Welfare attempts to provide poor people with a minimal level of well-being, usually either a free- or a subsidized-supply of certain goods and social services, such as healthcare, education, and vocational training.

James Bradford "Brad" DeLong is an economic historian who is professor of Economics at the University of California, Berkeley. DeLong served as Deputy Assistant Secretary of the U.S. Department of the Treasury in the Clinton Administration under Lawrence Summers.

Peter Richard Grenville Layard, Baron Layard FBA is a British labour economist, currently working as programme director of the Centre for Economic Performance at the London School of Economics.

Articles in economics journals are usually classified according to the JEL classification codes, a system originated by the Journal of Economic Literature. The JEL is published quarterly by the American Economic Association (AEA) and contains survey articles and information on recently published books and dissertations. The AEA maintains EconLit, a searchable data base of citations for articles, books, reviews, dissertations, and working papers classified by JEL codes for the years from 1969. A recent addition to EconLit is indexing of economics-journal articles from 1886 to 1968 parallel to the print series Index of Economic Articles.

The Urban Institute is a Washington D.C.-based think tank that carries out economic and social policy research to "open minds, shape decisions, and offer solutions". The institute receives funding from government contracts, foundations and private donors. The Urban Institute measures policy effects, compares options, shows which stakeholders get the most and least, tests conventional wisdom, reveals trends, and makes costs, benefits, and risks explicit. The Urban Institute has been referred to as "independent" and as "liberal". 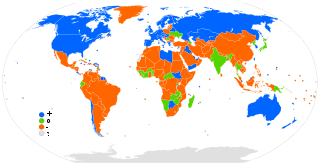 Immigration is the international movement of people into a destination country of which they are not natives or where they do not possess citizenship in order to settle or reside there, especially as permanent residents or naturalized citizens, or to take up employment as a migrant worker or temporarily as a foreign worker.

The Nordic model refers to the economic and social policies common to the Nordic countries. This includes a comprehensive welfare state and collective bargaining at the national level with a high percentage of the workforce unionised while being based on the economic foundations of free market capitalism. The Nordic model began to earn attention after World War II.

Nicholas Barr FRSA is a British economist, currently serving as professor of public economics at the London School of Economics (LSE). He received his Ph.D. in Economics as a Fulbright Scholar from the University of California, Berkeley and his MSc in Economics from LSE. According to his LSE biography, he has worked for the World Bank, "from 1990 to 1992 working on the design of income transfers and health finance in Central and Eastern Europe and Russia, and in 1995-96 as a principal author of the World Bank's World Development Report 1996: From Plan to Market." He also served as an advisor to the British, Chinese and South African governments.

Economic restructuring refers to the phenomenon of Western urban areas shifting from a manufacturing to a service sector economic base. This transformation has affected demographics including income distribution, employment, and social hierarchy; institutional arrangements including the growth of the corporate complex, specialized producer services, capital mobility, informal economy, nonstandard work, and public outlays; as well as geographic spacing including the rise of world cities, spatial mismatch, and metropolitan growth differentials.

In economics, a negative income tax (NIT) is a welfare system within an income tax where people earning below a certain amount receive supplemental pay from the government instead of paying taxes to the government.

C. Eugene "Gene" Steuerle is an American economist, a Richard B. Fisher chair and Institute Fellow at the Urban Institute in Washington, DC, and a columnist under the title The Government We Deserve.

Welfare culture refers to the behavioral consequences of providing poverty relief to low-income individuals. Welfare is considered a type of social protection, which may come in the form of remittances, such as 'welfare checks', or subsidized services, such as free/reduced healthcare, affordable housing, and more. Pierson (2006) has acknowledged that, like poverty, welfare creates behavioral ramifications, and that studies differ regarding whether welfare empowers individuals or breeds dependence on government aid. Pierson also acknowledges that the evidence of the behavioral effects of welfare varies across countries, because different countries implement different systems of welfare. 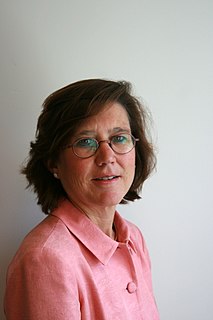 Clifford Winston is an applied microeconomist and senior fellow in the Economic Studies program at the Brookings Institution. He studies microeconomic policy and its impact on government performance, specializing in industrial organization, regulation, and transportation.

Betsey Ayer Stevenson is an economist and Associate Professor of Public Policy at the University of Michigan Gerald R. Ford School of Public Policy. The Obama Administration announced her appointment to the Council of Economic Advisers, a post she assumed in the summer of 2013. She previously served as Chief Economist of the U.S. Department of Labor under Secretary Hilda Solis. Previously, she was an Assistant Professor of Business and Public Policy, at the Wharton School of the University of Pennsylvania.

Claudia R. Sahm is an economist. She is currently a Section Chief at the Board of Governors of the Federal Reserve System, where she has worked since 2007. Sahm specialises in macroeconomics and household finance.