Gary Lucchesi (born January 4, 1955 in San Francisco, California) is an American film producer who is President of Lakeshore Entertainment and past President of The Producers Guild of America. [2]

Lucchesi began his career at The William Morris Agency as an agent, representing such artists as Susan Sarandon, Kevin Costner, Michelle Pfeiffer and John Malkovich. Lucchesi served as both Vice President and Senior Vice President of Production at TriStar Pictures before becoming President of Production at Paramount Pictures. [3] Following his time at Paramount, Lucchesi founded Gary Lucchesi Productions, where he produced the Oscar nominated film Primal Fear . Lucchesi was also President of Andrew Lloyd Webber's Really Useful Film Co., producing the film version of the hit musical Cats . In 1997, he was asked by Tom Rosenberg to run Lakeshore.

Lucchesi graduated from Sacred Heart Cathedral Preparatory in San Francisco in 1973 before attending UCLA. He graduated with a degree in history in 1977. [4] [5]

Lakeshore Entertainment Group, LLC is an American independent film production, finance, and former international sales and distribution company founded in 1994 by Tom Rosenberg and Ted Tannebaum (1933–2002). Lakeshore Entertainment is headquartered in Beverly Hills, California. The company has produced over 60 films, including the Academy Award-winning Million Dollar Baby. Sigurjón Sighvatsson was the company's first president and served from its founding until 1998. He was replaced by producer Gary Lucchesi. The company also has a record label division, Lakeshore Records. In 2013, the company launched a television division, and in 2015, they launched a digital studio, Off the Dock, that targets the YouTube demographic.

Morris Mike Medavoy is an American film producer and business executive, as well as the co-founder of Orion Pictures (1978), former chairman of TriStar Pictures, former head of production for United Artists (1974–1978), and the current chairman and CEO of Phoenix Pictures.

Charles William Fries is an American film producer, television producer, and executive producer who has worked on many TV series, made-for-TV movies, and theatrical films.

Charles Gary Allison was an American screenwriter and film producer. 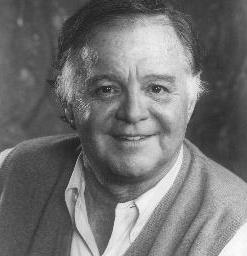 Paul Heller is an American film producer residing in Southern California. His best known movies include Enter the Dragon, Withnail and I, My Left Foot, The Annihilation of Fish, Skin Games, Hot Potato, The Promise, The Barony, Black Belt Jones, and David and Lisa.

Robert W. Cort is an American film producer. Since 1985 he has produced forty-eight feature films which have grossed more than $2.5 billion in worldwide box office. These include: On the Basis of Sex, Three Men and a Baby, Cocktail, Jumanji, Bill & Ted's Excellent Adventure, Revenge of the Nerds II: Nerds in Paradise, The Cutting Edge, Against the Ropes, Runaway Bride, and Save the Last Dance.

Diane Drake is an American screenwriter and teacher, and former Vice President of Creative Affairs for Sydney Pollack's production company, Mirage Enterprises. She lives in Los Angeles and is best known for the films Only You and What Women Want.

Irving Saraf was a Polish-born American film producer, film editor, film director and academic. Saraf won an Oscar for producing the 1991 documentary film, In the Shadow of the Stars. In total, Saraf had more than one hundred fifty film and television production credits. His resume included Poland, Communism's New Look, a 1965 television film; USA Poetry: Twelve Films About Modern Poets in 1966; and the 2009 documentary Empress Hotel following the residents of a low-income hotel in Tenderloin, San Francisco. 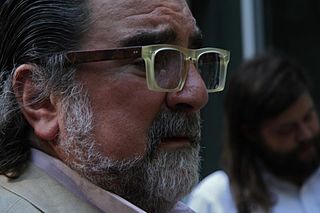 Vincent Arcaro is an American film, television, and commercial producer based in Los Angeles. He is best known for executive producing some of the works of directors Caleb Deschanel, Michael Lehmann, Brad Silberling, Andy Garcia, and Conrad Hall.

Allison "Alli" Ivy Shearmur was an American film executive and producer. Representing companies including Walt Disney Studios, Universal Pictures, Paramount Pictures and Lionsgate, her production work involved such films as the American Pie and Jason Bourne franchises, The Hunger Games films, the live-action remake of Cinderella, as well as the Star Wars anthology films Rogue One and Solo.

The 1955–56 UCLA Bruins men's basketball team represented the University of California, Los Angeles during the 1955–56 NCAA men's basketball season and were members of the Pacific Coast Conference. The Bruins were led by eight year head coach John Wooden. They finished the regular season with a record of 22–6 and won the PCC regular season championship with a record of 16–0. UCLA lost to the San Francisco Dons in the NCAA regional semifinals and defeated the Seattle Chieftains in the regional consolation game. The victory over Seattle was UCLA's first victory in the NCAA tournament.

The 1956–57 UCLA Bruins men's basketball team represented the University of California, Los Angeles during the 1956–57 NCAA University Division men's basketball season and were members of the Pacific Coast Conference. The Bruins were led by ninth year head coach John Wooden. They finished the regular season with a record of 22–4 and finished second in the PCC with a record of 13–3.

The 1959–60 UCLA Bruins men's basketball team represented the University of California, Los Angeles during the 1959–60 NCAA men's basketball season and were members of the Athletic Association of Western Universities. The Bruins were led by 12th year head coach John Wooden. They finished the regular season with a record of 14–12 and finished second in the AAWU with a record of 7–5. After five years at the Pan-Pacific Auditorium, UCLA moved to the new Los Angeles Memorial Sports Arena.