Gary Stretch was born in 1965 and brought up in the Haresfinch area of St Helens, Lancashire. His father was a plumber. [2] He attended the town's Cowley High School. [3]

A southpaw fighter, Stretch boxed most of his career as a light-middleweight, rising to become British champion in that division. [4]

Stretch won the WBC International Light Middleweight title, beating Ramon Angel Alegre at the London Arena on 14 February 1990, the fight billed as Valentine's Day Massacre. Stretch stopped the tough Argentine in the 6th round of a very one sided contest. Stretch relinquished the title due to a management dispute with Frank Warren and subsequently sat out his contract.

Stretch's return to the ring came in 1991 when he challenged Chris Eubank for the WBO world middleweight championship in London, in a fight billed as "Beauty V the Best". [5] Stretch suffered a cut behind the ear in the first round and was shaken by an uppercut in the third. Eubank visited the canvas twice in the fight without a count, in the second and third rounds, and was cut badly in the fourth round by a straight left hand from Stretch. The doctor was called at the end of round 5 to look at Eubank (the cut later needed several stitches), advising the referee to stop the fight. The referee gave the Eubank corner the go ahead for 'one more round'. In the sixth round Stretch had a point deducted for pushing Eubank onto the canvas; Stretch was shaken by a right hand from Eubank and subsequently took a standing eight count. Stretch was then pushed through the ropes. The fight was stopped in Eubank's favor, a stoppage that was controversial. Stretch was through the ropes, struggling to regain his feet when the referee stepped in. All three judges had Stretch ahead on the scorecard at the time of the stoppage.

Stretch fought only once more after his bout with Eubank before retiring with a career record of 29 wins 1 loss and 1 NC (an accidental clash of heads causing Stretch to be cut on the forehead). [4]

During his time as a boxer, Stretch also worked as a model. His clients included Calvin Klein and Versace. [4]

Stretch was cast as Cleitus in a supporting role, opposite Anthony Hopkins, Colin Farrell and Angelina Jolie in Oliver Stone's 2004 film Alexander . Stone went on to cast Stretch again in World Trade Center as a paramedic, and in Savages. In 2004, Stretch was cast as psychopathic gangster Sonny in Shane Meadows' gritty cult thriller Dead Man's Shoes (2004), for which Stretch received a BIFA nomination [6] [7] alongside fellow English actor Paddy Considine.

Stretch also starred in the British film Freebird in 2008, directed by Jon Ivay. With Stretch appearing alongside Phil Daniels and Geoff Bell, the film followed three bikers across a drug-fueled ride in the Welsh countryside.

Christopher Livingstone Eubank is a British former professional boxer who competed from 1985 to 1998. He held the WBO middleweight and super-middleweight titles between 1990 and 1995, and is ranked by BoxRec as the third best British super-middleweight boxer of all time.

Michael Watson, is a British former professional boxer who competed from 1984 to 1991. He held the Commonwealth middleweight title from 1989 to 1991, and challenged three times for a world title between 1990 and 1991. Watson's career was cut short as a result of near-fatal injury sustained during a loss to Chris Eubank for the WBO super-middleweight title in 1991.

Peter Manfredo Jr. is a former American professional boxer and former IBO middleweight champion. He has challenged twice for upper-level world titles, at middleweight and super middleweight, as well as having won the NABO, IBU and European Boxing Association (EBA) light middleweight titles.

Stephen Collins is an Irish former professional boxer who competed from 1986 to 1997. Known as The Celtic Warrior Collins is the most successful Irish boxer in recent professional boxing history, having held the WBO middleweight and super-middleweight titles simultaneously and never losing a fight as champion. 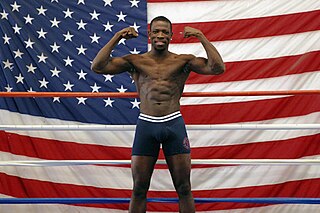 Edison Miranda is a Colombian former professional boxer who competed from 2001 to 2014. He challenged once each for the IBF middleweight and super middleweight world titles, and was considered to be one of the most dangerous contenders at middleweight due to his exceptionally high knockout-to-win percentage.

Gary Lockett is a Welsh former professional boxer and middleweight world title challenger. He currently works as a boxing trainer. 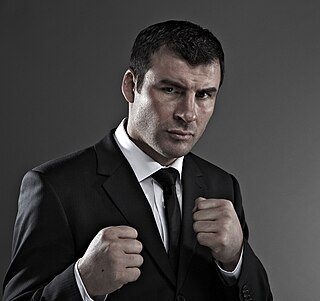 Joseph William Calzaghe is a Welsh former professional boxer who competed from 1993 to 2008. He held world championships in two weight classes, including the unified WBA (Super), WBC, IBF, WBO, Ring magazine and lineal super-middleweight titles, and the Ring light-heavyweight title. 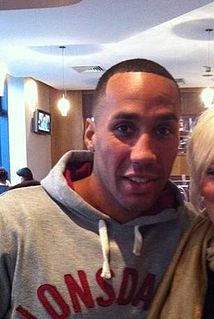 James Simon Russan, best known as Jamie Cox, is a British former professional boxer who competed from 2007 to 2018. who held the Commonwealth light-middleweight title from 2011 to 2012. As an amateur, he won a gold medal at the 2006 Commonwealth Games. 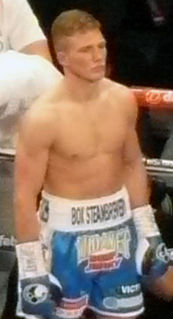