The British Independent Film Awards (BIFA) [1] is an organisation that celebrates, supports and promotes British independent cinema and filmmaking talent in United Kingdom. Nominations for the annual awards ceremony are announced in early November, with the ceremony itself taking place in early December.

Since 2015, BIFA has also hosted UK-wide talent development and film screening programmes with the support of Creative Skillset and the British Film Institute. [2] [3]

The first BIFA ceremony took place on 29 October 1998. Winners included Ken Loach (for My Name is Joe), Shane Meadows (for Twentyfour Seven) and Ray Winstone (for Nil by Mouth). The Special Jury Prize was awarded to Nik Powell, and the Best British Independent Film award went to My Name is Joe.

The BIFA ceremony takes place in early December every year and is one of the first dates in the annual awards season. Most of the awards categories are for British independent feature films only, though there are awards for Best International Independent Film and Best British Short Film. There are also several honorary awards, such as the Special Jury Prize, the Richard Harris Award and the Variety Award. Awarded since 2013, the trophy has been a sculpture by Fredrikson Stallard for Swarovski.

BIFA has a large pool of voters that consists of past BIFA winners and nominees, top British film industry professionals and experienced filmmakers from all areas of production. Although the pool is continually growing, fewer than 200 voters vote for the nominations in any one year.

All entered films must be seen by a minimum number of voters and discussed at a voter meeting before being marked as having been given fair consideration. Once all entered films have been given fair consideration, votes are cast privately in two rounds: once to reduce all entries to long lists of around 15 films in each category, and again to reduce the long lists to the 5 final nominees. In calculating the results, BIFA takes into account the number of voters who have seen each film as well as how many voted for it.

The winners in most categories are decided by independent juries, newly–appointed each year. Juries meet to discuss all nominations before voting confidentially for the winner. Exceptions include the honorary awards and the award for Best British Independent Film, the winner of which is decided by a confidential vote amongst all BIFA voters.

Since 2015, BIFA has also hosted UK–wide talent development and film screening programmes with the support of Creative Skillset and the BFI.

Running from September 2015 to June 2016, BIFA Insider [4] [3] gave UK–based university and film school students the chance to watch award-winning British films for free online and participate in live-streamed Q&As with top craftspeople who worked on those films.

BIFA Presents [5] is an ongoing project wherein BIFA supports the theatrical distribution of award-nominated and -winning films with special preview and event screenings. In February 2017, BIFA Presents hosted exclusive previews of the Oscar-winning Moonlight in conjunction with Everyman Cinemas.

BIFA Independents [6] is a series of regular screenings of films featuring BIFA-winning and nominated talent. Supported by the BFI, Odeon Cinemas, Vue Cinemas and Everyman Cinemas, the screenings take place in 20 UK locations and aim to increase the number of people who watch British independent films at the cinema.

The British Academy of Film and Television Arts is an independent trade association and charity that supports, develops, and promotes the arts of film, television and video games in the United Kingdom. In addition to its annual award ceremonies, BAFTA has an international programme of learning events and initiatives offering access to talent through workshops, masterclasses, scholarships, lectures, and mentoring schemes in the United Kingdom and the United States.

The International Documentary Film Festival Amsterdam (IDFA) is the world's largest documentary film festival held annually since 1988 in Amsterdam. Over a period of twelve days, it has screened more than 300 films and sold more than 250,000 tickets. Visitors to the festival have increased from 65,000 in 2000 to 285,000 in 2018.

The Leeds International Film Festival (LIFF) is the largest film festival in England outside London. Founded in 1987, it is held in November at various venues throughout Leeds, West Yorkshire. In 2015, the festival welcomed over 40,000 visitors and showed over 300 films from around the world, shorts and features, both commercial and independent.

The Lux Style Awards is an award ceremony held annually in Pakistan since 2002. The awards celebrate "style" in the Pakistani entertainment industry, and it is the oldest event dedicated to cinema, television, fashion, music and film industry in Pakistan. Categories have changed over the years, but most are awarded by panels of judges who are experts in the respective industries, with some "people's choice" awards in the film and TV categories.

Koutaiba Al-Janabi is a British-based Iraqi filmmaker, director and photographer. He filmed Wasteland: Between London and Baghdad and the 2010 award-winning film, Leaving Baghdad. He is a member of the Hungarian Society of Cinematographers.

James Krishna Floyd is a British actor. He is known for his roles in My Brother the Devil, Everywhere and Nowhere, and the TV series The Good Karma Hospital.

The Berlin International Film Festival, usually called the Berlinale, is a major international film festival held annually in Berlin, Germany. Founded in 1951 and originally run in June, the festival has been held every February since 1978 and is one of the "Big Three" alongside the Venice Film Festival in Italy and the Cannes Film Festival in France. Tens of thousands of visitors attend each year.

The Insight Film Festival (IFF) is a biennial short film event focusing on interfaith films that has taken place in the UK from 2007 to the 4th Festival, held in 2013. IFF claims to be the UK's only interfaith film festival and has the tagline "Faith in Film". IFF exists to encourage filmmakers throughout the world to make films about the subject of faith, irrespective of their own personal world views. The Festival creates events and spaces where such films can be displayed, discussed and celebrated. It welcomes participants from all faith backgrounds and none and focuses particularly on young filmmakers. In doing so it wants to make positive contributions to understanding, respect and community cohesion. IFF organises an awards ceremony to reward film of excellence and relevance to the objectives of each prize. IFF is not a religious organisation: it is a Community Interest Company that allows space for discussion, learning and screening films. The Festival welcomes filmmakers and other participants of all faiths and none to take part. IFF continues to expand into new areas of work outside the Festival itself: expansion of awards; education events; Insight Annual Lectures; workshops; curation projects; and participation within other film festivals and other relevant events to screen an Insight strand.

Sarah Gavron is a British film director. She has directed four short films, and three feature films. Her first film was This Little Life (2003), later followed by Brick Lane (2007) and Village at the End of the World (2012). Her film, Suffragette (2015) is based in the London of 1912 and tells the story of the Suffragette movement based on realistic historical events. Her most recent film is Rocks which she directed in a creative collaboration with the team and young cast. Rocks premiered at the Toronto International Film Festival and opened in cinemas in 2020.

The UK Jewish Film Festival is an annual film festival dedicated to world cinema that explores Jewish life, history and culture worldwide. It was founded in 1997 and takes place in November, in London and in other cities in the United Kingdom.

The Aesthetica Short Film Festival (ASFF) is an international film festival which takes place annually in York, England, at the beginning of November. Founded in 2011, it is a celebration of independent film from around the world, and an outlet for supporting and championing filmmaking. With over 400 films screenings and 100 industry events, ASFF is one of the UK's key film festivals.

The Filmfare Short Film Awards are held annually by Worldwide Media. Started in 2016, the short film awards are a part of WWM's and Filmfare's ongoing transition onto the digital platform. These awards invite first-time as well as professional filmmakers to submit their entries, following which a panel of filmmakers judges and honours them with Filmfare Awards in five categories.

The British Independent Film Awards 2018 were held on 2 December 2018 to recognise the best in British independent cinema and filmmaking talent from United Kingdom. The nominations were announced on 31 October 2018. The Favourite led the nominations with 13, followed by American Animals with 11.

The British Independent Film Awards 2021 were held on 5 December 2021 to recognise the best in British independent cinema and filmmaking talent from United Kingdom. The nominations were announced on 3 November 2021, by actors Samuel Adewunmi and Mimi Keene via live-stream from the Curzon Soho in London. 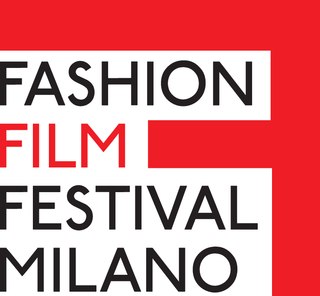