General Film Distributors was created in 1935 by the British film distributor C. M. Woolf (1879–1942) after he had resigned from Gaumont British and closed his distribution company Woolf & Freedman Film Service. [1] [2]

In 1936, J. Arthur Rank and the paper magnate Lord Portal, [3] convinced him to make it a daughter company to their General Cinema Finance Corporation, which just had acquired the British distribution rights for all Universal Pictures titles (by buying a large chunk of Universal in the US). [4] One year later it became the cornerstone in The Rank Organisation.

It was C.M. Woolf's secretary who devised the man-with-a-gong trademark which was adopted by the Rank Organisation when it was founded in 1937. [2] Athletes who played the Gongman in the film sequence over the years, included boxer Bombardier Billy Wells and wrestler Ken Richmond. Also, George Francis Moss Snr played the Gongman. [8] [ better source needed ]

During the 20 years General Film Distributors had its original name, the company distributed over 450 mainstream films. [9] A British DVD distributor, active since 2005, uses the same name but is unrelated to this company.

John Grierson CBE was a pioneering Scottish documentary maker, often considered the father of British and Canadian documentary film. In 1926, Grierson coined the term "documentary" in a review of Robert Flaherty's Moana. 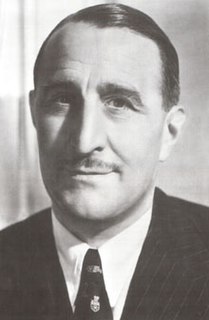 Joseph Arthur Rank, 1st Baron Rank was a British industrialist who was head and founder of the Rank Organisation.

The Gongman is a company trademark for the J. Arthur Rank Organisation. It was used as the introduction to all Rank films, many of which were shot at their Pinewood Studios, and included those Rank distributed. The Gongman logo first appeared on films distributed by General Film Distributors, which was established in 1935 by the British producer C. M. Woolf and J. Arthur Rank; it was C.M. Woolf's secretary who thought of the man-with-a-gong trademark. When the Rank Organisation was established in 1937, with General Film Distributors as one of its cornerstones, the logo was adopted for the whole organisation.

The Rank Group is a gambling company based in the United Kingdom. Rank was involved in the cinema and motion picture industry until 2006, and continues to use the Gongman logo originally used by the Rank Organisation's film distribution subsidiary General Film Distributors. Its brands now include Mecca Bingo, and Grosvenor Casinos, the UK's largest casino operator. 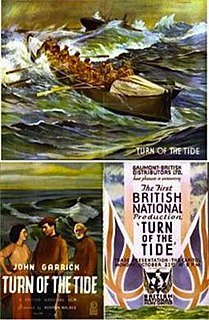 Turn of the Tide (1935) is a British drama film directed by Norman Walker and starring John Garrick, Geraldine Fitzgerald and Wilfrid Lawson. It was the first feature film made by J. Arthur Rank. Lacking a distributor for his film, Rank set up his own distribution and production company which subsequently grew into his later empire.

Sir John Woolf and his brother James Woolf were British film producers. John and James founded the production companies Romulus Films and Remus Films, which were active during the 1950s and 1960s, and the distribution company Independent Film Distributors, which was active 1950–59 and handled the UK distribution of films such as The African Queen and Gift Horse, as well as several films made by their two production companies. 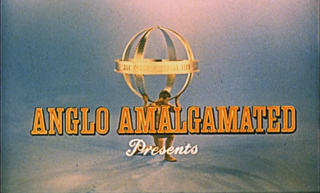 The Documentary Film Movement is the group of British filmmakers, led by John Grierson, who were influential in British film culture in the 1930s and 1940s.

GFD may refer to: 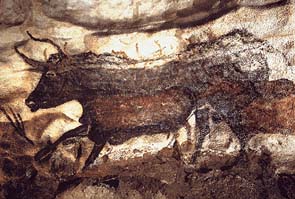 Francis Donald Klingender was a Marxist art historian and exponent of Kunstsoziologie whose uncompromising views meant that he never quite fitted into the British art history establishment.