George Crawford (also Crawfurd) (1681-1748) was a Scottish genealogist and historian.

He was the third son of Thomas Crawfurd of Cartsburn. When Simon Fraser laid claim to the barony of Lovat, he employed Crawfurd to investigate the case and to supply materials to support it. It is said to have been chiefly due to the researches of Crawfurd that Fraser obtained a favorable decision; but he declined to pay Crawfurd anything. [1]

Crawfurd was the author of:

The "Letters of Simon, Lord Fraser, to George Crawfurd, 1728–30", while the Lovat case was in progress, were published in the Spottiswoode Miscellany, 400–9.

By his wife, Mary, daughter of James Anderson, author of ‘Diplomata Scotiæ,’ he had four daughters. [1]

Lord Lovat is a title of the rank Lord of Parliament in the Peerage of Scotland. It was created in 1458 for Hugh Fraser by summoning him to the Scottish Parliament as Lord Fraser of Lovat, although the holder is referred to simply as Lord Lovat. It was a separate title from the Scottish feudal lordship of Lovat, already held by the highland Frasers. In 1837 they were created a third title, Baron Lovat, of Lovat in the County of Inverness, in the Peerage of the United Kingdom. The holder is also separately and independently the Chief of highland Clan Fraser of Lovat. 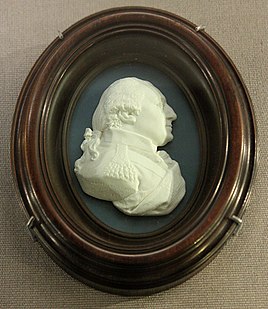 Archibald Campbell Fraserof Lovat, was British consul at Tripoli and Algiers, and later colonel of the 1st Inverness local militia. Upon the death of his brother, Simon Fraser (1726–1782), Archibald became the 20th MacShimidh (chief) of Clan Fraser of Lovat, and sat in the House of Commons from 1782 to 1784.

Thomas Alexander Fraser, 12th Lord Lovat and 1st Baron Lovat, KT was a Scottish peer. He was also the 21st MacShimidh, the traditional Gaelic Patronym for the Chiefs of the Clan Fraser.

Oswald is a surname of Scottish, northern English, German and Swiss-German provenance.

The Sheriff of Argyll was historically a royal officer charged with enforcing the king's rights in Argyll; in Scotland, the concept of sheriff gradually evolved into a judicial position.

The siege of Inverness that took place in November 1715 was part of the Jacobite rising of 1715. The town of Inverness and Inverness Castle were being held by the Clan Mackenzie, led by Sir John Mackenzie of Coul who supported the rebel Jacobite cause. Simon Fraser, 11th Lord Lovat, chief of the Clan Fraser of Lovat besieged them, supported by men of the Clan Rose and Clan Forbes.

The Sheriff of Inverness was historically the office responsible for enforcing law and order and bringing criminals to justice in Inverness, Scotland. Prior to 1748 most sheriffdoms were held on a hereditary basis. From that date, following the Jacobite uprising of 1745, the hereditary sheriffs were replaced by salaried sheriff-deputes, qualified advocates who were members of the Scottish Bar. 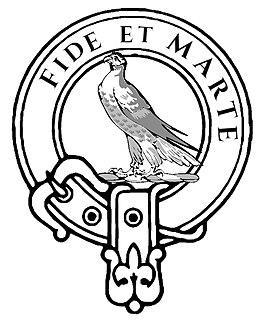 Clan Ralston is a Scottish clan. The clan is recognized as such by the Court of the Lord Lyon, but as it does not currently have a chief recognized by the Lord Lyon King of Arms it is considered an Armigerous clan.

George Oswald of Scotstoun (1735–1819) was a Scottish merchant of Glasgow. In 1797 he was elected Rector of the University of Glasgow. 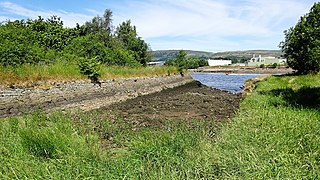 The disused Park Quay or Fulton's Quay is located on the old Lands of Park, situated on the south bank of the River Clyde in the Parish of Inchinnan, close to Newshot Island and the old Rashielee Quay. A slipway is also part of the infrastructure, giving access to the dock at low tide, both once served by roads running through the Park Estate from the south. It was recorded as Fulton's Quay in 1830, the name of a previous owner of the Park Estate who may have built it prior to 1801. A fixed light was installed at Park Quay in 1869. 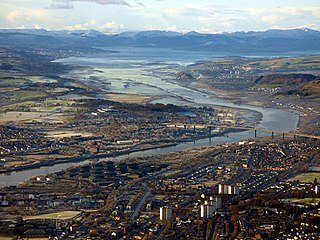 The old Rashielee Quay or Rashielie Quay (NS471709) was located on the old Lands of North Barr, situated on the south bank of the River Clyde in the Parish of Inchinnan, between Bodinbo Island and Park Quay. It was built to facilitate the loading of boats and barges with whinstone excavated from the nearby Rashielee Quarries that was brought to the quay by a horse drawn wagonway.

Robert Ker known as Robert Ker of Kersland was a Covenanter. He sympathised with the insurgents who fought at Rullion Green and consequently was declared a rebel and his lands became forfeit. He escaped to Holland but following his wife home on business he was captured while visiting her in her sick-bed in Edinburgh. He spent many years in various jails. He is remembered by Christian historians and biographers such as Wodrow and Howie as one who suffered for the Presbyterian cause in Scotland.

John Sempill was a Scottish courtier and husband of Mary Livingston, one of the Four Maries who grew up with Mary, Queen of Scots.