Hamilton: In the Interest of the Nation

Carl Hamilton is a Commander in the Swedish Foreign Intelligence Service. The film opens in Stockholm with Hamilton and his Polish girlfriend in bed together in her flat. Then Hamilton is sent on an assignment in Central Asia to infiltrate and monitor an international gang of smugglers and arms dealers who are about to sell Swedish made weapons (GPS guided artillery shells) to terrorists. Hamilton's life depends on making the criminals at all times believe he is a Russian. When the arms dealers and the terrorists meet, the whole transaction goes haywire and Hamilton has to kill and run. Being on his own, he cannot retrieve the munitions. Back in Sweden he is berated by a new superior. He returns to his girlfriend (after a four-month unexplained absence) and admits he wants to quit his job. They renew their relationship but she is a doctor and has to leave him in the middle of the night because of an emergency. He falls into sleep, recalling in his dream how he had to kill at close range during his recent mission. When his girlfriend returns and touches him while his nightmare peaks, he reacts as if he is still amongst enemies. Before he can even open his eyes he carries out a trained reflex and kills her. Obviously shocked and dismayed he fakes a break-in and struggle before leaving her flat. He blames his mentor DG for having turned him into a killing machine. DG persuades him not to give himself up to the police and sends him abroad to rescue a Swedish technician who seems to be involved in the matter of the smuggled Swedish GPS guided munitions. But a US-based corporation operating mercenaries named Sectragon plans to kindle a new war as a profitable business opportunity. The mercenaries even attempt to assassinate a foreign head of state in Sweden. With the assistance of PLO operative Mouna al Fathar, with whom Hamilton has a close (potentially romantic) relationship, he prevents the assassination. Finally he visits the police officer who has been investigating the death of his girlfriend. He admits his guilt and remorse but also tells her to drop the case. Hamilton must keep on doing his job because it is just... In the interest of the nation...

While filming in Jordan the film crew employed about 80 local contributors. [7] The Swedish Embassy pointed out The Royal Film Commission had been very helpful during pre-production and shooting of Hamilton: In the Interest of the Nation. [8] Sweden's diplomatic mission screened the film on the National Day of Sweden 2013 at the Al-Hussein Cultural Center in Amman as proof for the "close cultural cooperation between Sweden and Jordan". [9] The film's executive producer Johan Mardell explained to The Jordan Times a great deal of the film had been shot in Jordan, including parts of the story when the action seems to take place in Eritrea or Somalia. He expressed how greatly he'd appreciated the local support. [10]

A short "making-of" in English does exist and can be found (with German subtitles) on the German DVD version. [18] However, not all DVD versions for English-speaking buyers include it. [19]

Jan Oskar Sverre Lucien Henri Guillou is a French-Swedish author and journalist. Guillou's fame in Sweden was established during his time as an investigative journalist, most notably in 1973 when he and co-reporter Peter Bratt exposed a secret and illegal intelligence organization in Sweden, Informationsbyrån (IB). He is still active within journalism as a column writer for the Swedish evening tabloid Aftonbladet. Among his books are a series of spy fiction novels about a spy named Carl Hamilton, and a trilogy(+) of historical fiction novels about a Knight Templar, Arn Magnusson. He is the owner of one of the largest publishing companies in Sweden, Piratförlaget, together with his wife, publisher Ann-Marie Skarp, and Liza Marklund.

The Carl Hamilton novels is a book series by Swedish author and journalist Jan Guillou centered on the fictional Swedish spy Carl Hamilton. The main character is an elite military officer working for the Swedish Security agency and Intelligence agency during the end of the Cold War, residing in Stockholm but active internationally.

The Gizmondo is a handheld gaming console developed by Tiger Telematics. It was released in the UK, Sweden and the U.S. starting in March 2005. Its first-party games were developed in studios in Helsingborg, Sweden, and Manchester, England. Gizmondo Europe, Ltd. was based in London, England, and was a subsidiary of Florida-based Tiger Telematics, whose chairman Carl Freer led Gizmondo's development.

Karim Mohammedzadeh was a Kurdish dissident who was assassinated in Sweden in 1990. 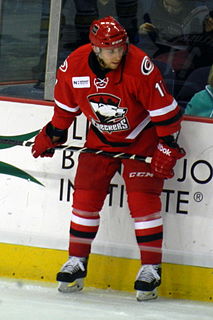 Agron Aaron Palushaj is an American professional ice hockey right winger who is currently an unrestricted free agent. He most recently played for HC Davos of the National League (NL). Palushaj has previously played in the National Hockey League (NHL) with the Montreal Canadiens, Colorado Avalanche and Carolina Hurricanes.

Lennart Hjalmar Hjulström is a Swedish actor and director. He is married to Gunilla Nyroos, father of Niklas and Carin Hjulström. His father is Filip Hjulström.

Mikael Marcimain is a Swedish film and television director. Marcimain has primarily directed advertisements and television dramas, for which he has received several awards. Notable in his filmography are the serials The Laser Man and How Soon Is Now?, which were made with cinematographer Hoyte van Hoytema. Marcimain's first feature film, the political thriller Call Girl, was released in autumn 2012.

Ali Sadeghian is a Persian-Swedish musician, singer, songwriter, and actor. He has been living in Sweden since 1984. He studied computer science at Örebro University and has been working as a system engineer since 1991. 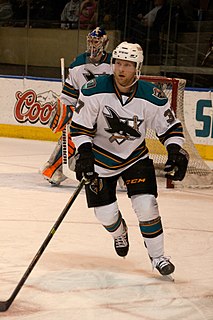 Christopher Robert Cargill is an American screenwriter, novelist, podcast host, and former film critic known under the pseudonyms Massawyrm and Carlyle. Cargill currently resides in Austin, Texas with his wife.

Agent Hamilton: But Not If It Concerns Your Daughter, also called Hamilton 2: Unless It's About Your Daughter, is a 2012 spy film directed by Tobias Falk. It is the second part of a planned trilogy. Mikael Persbrandt and Saba Mubarak reprise their roles as agent Carl Hamilton and agent Mouna al Fathar.

Idol 2014 will be the Swedish Idol series' tenth season, which will likely premiere in August 2014 and end in December 2014. After the completion of season 9, TV4 announced a tenth season, Idol 2014, airing in 2014. The season will, in addition to the competition, also celebrate the show's 10th anniversary. Alexander Bard, Laila Bagge and Anders Bagge will return as judges from last season. The season's host is the same as 2011 and 2013, Pär Lernström.

Kathrine Windfeld was a Danish film and television director. She is known for the 2012 Swedish spy film Hamilton: In the Interest of the Nation. As a television director she is credited with episodes of Wallander, The Killing, Rita and The Bridge.

Magnus von Horn,, is a Swedish film director and screenwriter. He graduated from the National Film School in Łódź in 2013. A few months after he arrived in Poland he was brutally robbed, which resulted in him becoming interested in violent people. His first film was a short documentary about a young Polish criminal. His 2011 short film Without Snow was nominated for the Guldbagge Award for Best Short Film. His debut feature, The Here After, premiered in the Directors' Fortnight of the 2015 Cannes Film Festival.

Saba Ahmed Soliman Mubarak El Siouf is a Jordanian actress and producer. She graduated from Yarmouk University in 2001 with a bachelor's degree in Theater acting and Directing. In 1998, she started her acting career with her role in the Jordanian TV series directed by Mohamed Azizia Qamar wa Sahar. Since then, Mubarak has been part of many important TV dramas and films such as Balqis, Moga Harra, Al Ahd, the three seasons of Hekayat Banat from 2012 to 2017, the Price, Agent Hamilton: But Not If It Concerns Your Daughter and the Guest: Aleppo to Istanbul. She also had her first cinematic role in the Jordanian film Safar Al-Ajneha directed by Tha’er Mousa in 2003. Then she starred in several Jordanian films until her Egyptian cinema breakthrough, which came after her participation in Mohamed Amin's film Bentein Men Misr. She is also an avid user of social media websites including Facebook, Twitter and Instagram and she is the daughter of the Palestinian plastic artist Hanan Al-Agha.