Henrik Danielsen (born 23 January 1966) is a Danish-Icelandic chess grandmaster. He was Icelandic Chess Champion in 2009.

He regularly plays the Bird's Opening and has authored a book, entitled The Complete Polar Bear System (2016), on the opening. [4]

Teimour Boris oghlu Radjabov is an Azerbaijani chess grandmaster, ranked number 13 in the world as of November 2021. 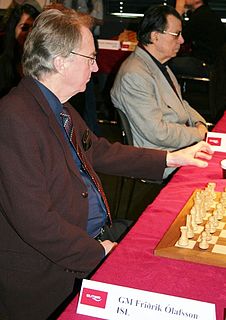 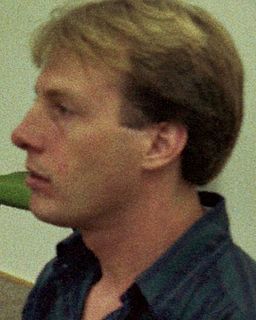 Nicholas Ernest de Firmian is an American chess player who received the FIDE title of Grandmaster (GM) in 1985. He is a three-time U.S. chess champion, winning in 1987, 1995, and 1998. He also tied for first in 2002, but Larry Christiansen won the playoff. He is also a chess writer, most famous for his work in writing the 13th, 14th, and 15th editions of the important chess opening treatise Modern Chess Openings. He was born in Fresno, California.

Levon Grigori Aronian is an Armenian-American chess grandmaster. A chess prodigy, he earned the title of grandmaster in 2000, at age 17. Aronian held the No. 2 position in the March 2014 FIDE world chess rankings with a rating of 2830, becoming the fourth-highest rated player in history. 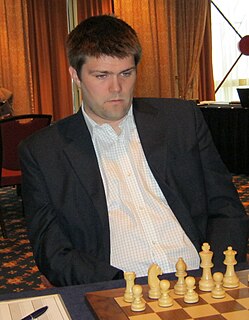 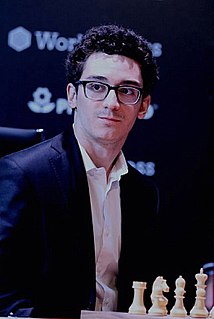 Fabiano Luigi Caruana is an Italian-American chess player. A chess prodigy, Caruana became a grandmaster at the age of 14 years, 11 months, and 20 days—the youngest grandmaster in the history of both Italy and the United States at the time. 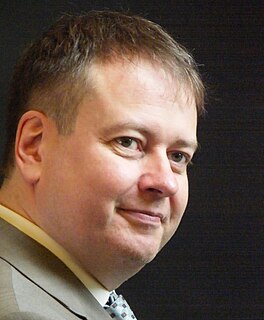 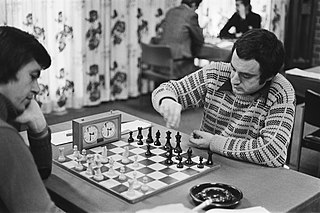 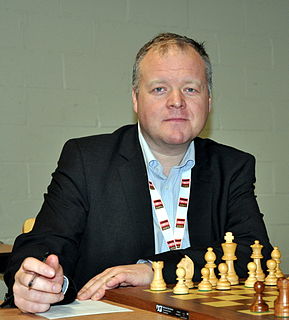 Thröstur Thórhallsson is an Icelandic chess grandmaster. He was Icelandic Chess Champion in 2012.

Evgeny Pigusov is a Russian chess player. He was awarded the title of Grandmaster by FIDE in 1987. He competed in the FIDE World Chess Championship 2002, where he reached the third round.

Danielsen is a Nordic surname, originally meaning son of Daniel. Notable people with the surname include: 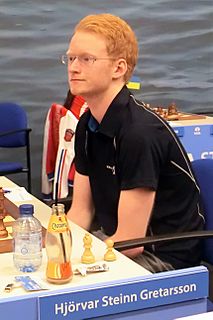 Hjörvar Steinn Grétarsson is an Icelandic chess grandmaster. He is the No. 1 ranked Icelandic player as of May 2021.

Miron Naumovich Sher was a Soviet-born American chess player, who was awarded the title of Grandmaster (GM) by FIDE in 1992. Towards the end of the Soviet era, he began winning the open sections at international tournaments. In 1991, when the Soviet Union dissolved, Sher became a Russian citizen. In 1997, Sher, his wife, Woman Grandmaster (WGM) Alla Grinfeld (ru), and their son, Mikhail, who then was 14, emigrated to America and settled in Brooklyn. Sher went on to become a distinguished scholastic chess coach and clinician in New York and was instrumental in developing several internationally strong players, notably Fabiano Caruana, many times number two in the world, and Robert Hess, who at age 15, while attending Stuyvesant High School, became an international master and at 16, a grandmaster. Before immigrating, Sher had coached Peter Heine Nielsen.